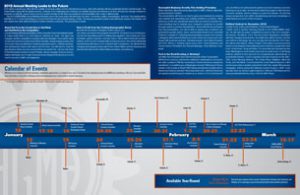 During the first week of November Cincinnati was swarmed by gear industry professionals coming to attend Gear Expo, the Fall Technical Meeting, and ASM’s Heat Treat Exposition. By all accounts exhibitors were very pleased with Gear Expo. A number of the machine tool builders sold equipment from the show floor, and gear manufacturers opened discussions on future sales and relationships. Essentially everyone reported that they had had productive meetings with attendees, including major OEMs from a variety of sectors. 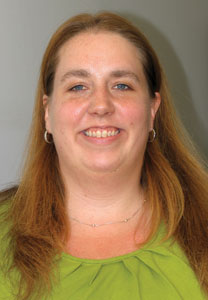 Gear Expo was the second-heaviest event ever held at Cincinnati’s Duke Energy Convention Center. Exhibitors brought over 750,000 pounds of equipment to the show, and exhibitors and attendees praised Cincinnati as a location. Unfortunately, our event used the entire center, with no room to expand in the future.

Both groups offered a major technical conference and several other education courses. One highlight of the educational events was AGMA’s Fall Technical Meeting. Over three days, 28 speakers presented the latest results in gear research and new technical information. More than 175 gearing professionals from around the world attended the event to learn and network with some of the best experts in the industry.

During the FTM one of AGMA’s most prestigious awards, the Distinguished Service Award, was presented to Frank Uherek of Rexnord Gear Group. Frank has been involved in AGMA since the early 1980s helping create industry standards, and even now, almost 30 years later, he is still involved in the Mill Gearing, Computer Programming, and Helical Gear Rating Committees, where he serves as vice chairman.

AGMA Chairman Matt Mondek commented when presenting the award that, “With every committee Frank has been associated; he is one of the first to step forward and accept responsibility for getting the job done. He is a tireless worker.”

AGMA is already planning for another great Gear Expo in 2013. The 2013 show will be in Indianapolis, Indiana, September 17-19. Unfortunately, the European organizer for the EMO show will not release the dates of their shows until the current year’s show is underway. We recently learned that there is a conflict with EMO in 2013; this event runs from September 16-21, in conflict with Gear Expo. We booked our space before the EMO dates were available, and given the physical requirements for Gear Expo we have no option but to continue with the Indiana dates and location.

In 2013 Gear Expo will once again be co-located with ASM’s Heat Treat Exposition and will also be in conjunction with AGMA’s Fall Technical Meeting. If you weren’t able to attend this year’s Gear Expo, be sure to mark your calendars now for 2013. You don’t want to miss the best opportunity in the industry to see the latest technology and to network with several thousand of your gear industry peers. We look forward to seeing everyone in Indianapolis!

2012 Annual Meeting Looks to the Future
2012 will be a pivotal year, filled with the volatility of domestic politics and the international economy, which will culminate with the presidential election next November. The United States, along with the global economy, continues to be challenging and confusing, but critically important and relevant to our lives. At every turn change continues to dominate our daily life, and as much as we try to predict and plan for the future circumstances and eventualities often create a different path.

The 2012 AGMA/ABMA Annual Meeting will tackle a few of the many topics that will shape our future—economics, politics, demographics, and more. The meeting will be held March 15-17 at the Hyatt Regency Coconut Point Resort & Spa in Bonita Springs, Florida. The keynote presenters include a few well-known names in the industry, and also experts from other fields that influence today’s business community. The presentations include:

Stand Out From the Crowd: How to Out-Think and Out-Perform the Competition
Connie Podesta, Motivational Speaker, Author, Executive Coach and Industry Expert
In today’s world there is no such thing as “business as usual.” The game has changed, and the competition is closing in with new strategies. If you want to stand out and succeed in an environment where dramatic change happens at the click of a mouse, then you will have to outshine past performance, outthink old ideas, and outmaneuver anyone who says it can’t be done. You will need to close the gap between where you are now and where you want to be. Let your hair down in this first session and join Connie Podesta, whose message of humor and motivation will inspire you to make those personal changes that will put you on the road to success, health, and happiness.

How to Profit from the Coming Demographic Storm
Kenneth W. Gronbach, President of KGC Direct, LLC
Join author and expert demographer Kenneth W. Gronbach on an exciting journey into the fascinating world of shifting demographics. Ken’s views are counterintuitive, global, long term, and very macro. Ken is able to forecast societal, political, and economic changes with uncanny accuracy. Ken is forecasting that manufacturing will return to our continent with a vengeance. He will show why changing demography bodes well for the United States and the Americas and why the best days for the United States are ahead, not behind us.

Successful Business Growth; Five Guiding Principles
Steve Barnhart, Manufacturing Specialist of IMEC (Illinois Manufacturing Extension Center)
This presentation will focus on how to grow your business by entering new markets and expanding your existing markets or products. Steve will focus on the key operational issues that you need to promote success including how to evaluate your company’s readiness for growth through market or product diversification. Armed with the five principles from this presentation, you will be able to assess your company’s opportunity for growth; where, when, and how that should occur; and what it takes to complete it. Following this presentation a panel of our industry colleagues will present firsthand accounts of their successes and challenges with business ventures. Panelists include: Rock Baty (President and CEO, NN Inc.); Eduardo Garza Junco (CEO, Frisa Industries): and Dennis Racine (President and General Manager, Penn Machine Company).

Fork in the Road-Growing or Slowing?
Jim Meil, Vice President and Chief Economist, Eaton Corporation
Will the Euro currency crisis be the catalyst for catastrophe or is it a problem with a solution? Will the momentum of North American markets be maintained, or muddled up in a Washington morass? What about China’s bubble or the trouble in Brazil? Will Obama and Boehner fumble and/or Merkel and Sarkozy stumble? Most important of all , will North American and global manufacturing be headed up or down in 2012 and beyond? Join Jim Meil as he addresses the global economic business concerns that keep us up at night. Jim has been invited back again to offer his keen economic analysis, which is always on point and relevant. He has that unique perspective from within manufacturing and keen knowledge of what impacts our sector of the economy.

Political Outlook for November, 2012
Charlie Cook, Editor and Publisher, Cook Political Report
Charlie Cook is another returning favorite to the AGMA/ABMA meeting. He will have his pulse completely focused on the 2012 presidential election. By March, 2012, the front runner Republican candidates will have changed several times, the battle lines will be formed, and the race will be in full swing. No one can deny the fact that the 2012 election will be truly historic. When Charlie Cook makes a pronouncement based on his analysis of the political scene in America, people who want to be “in the know” sit up and listen. For more than two decades he has been Washington’s most trusted and most accurate voice on all things political, whether it’s the outcome of a Congressional, gubernatorial, or presidential election. Cook’s expertise has been featured on the ABC, CBS, Good Morning America, The Today Show, Nightline, Meet the Press, and This Week. Cook founded the Cook Political Report in 1984 and became a twice-weekly columnist for Roll Call, Capitol Hill’s premier newspaper, before joining the National Journal Group in 1998. Cook has also been an election night analyst for CNN and CBS News and for every presidential election since 1994 for NBC News.

AGMA Announces 2012 Education Schedule
AGMA is gearing up for 2012 and another packed year of training opportunities for the gear industry. Whether you’re involved in engineering, the shop floor, sales, or management, there are programs designed for your professional development. Most of AGMA’s courses sold out in 2011, and the association anticipates strong demand for education again next year. Registration is now open for all of the following programs at www.agma.org.

June 19-21
Gearbox System Design: The Rest of the Story…Everything But the Gears and Bearings
Clearwater Beach, FL

In addition to the in-person programs, in 2012 AGMA will also offer monthly webinars, 90-minutes in length on a variety of relevant technical and business topics. For a list of upcoming offerings and access to archived webinars visit www.agma.org.

More than 100 years of being essential

How Are You Marketing on the Web?

Communicating to the industry: AGMA has a way for you to...

AGMA is Your Association!

One of leadership’s important responsibilities is to check in

Challenges are still ahead, but AGMA’s resources are here to help