Companies interested in increasing capacity and agility to their precision gearing operations will be interested in the new Gleason bevel gear cutting, lapping, and testing machines. Here’s one company’s experience.
From Gear Solutions staff reports 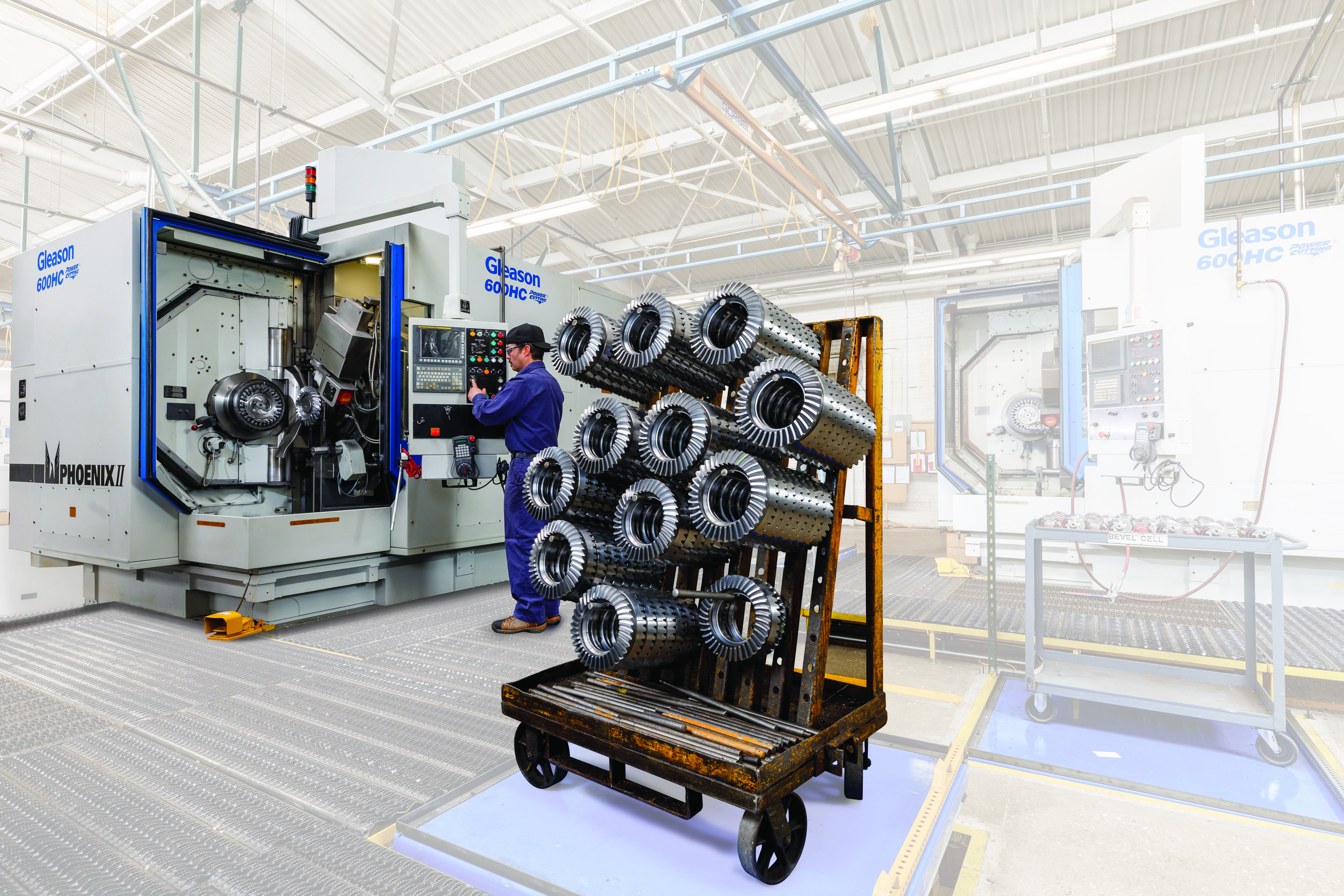 Well over 100 bevel gear cutting machines crowded this Chicago factory floor just a few years ago, all busy producing spiral bevel gear sets by the thousands. Now those machines are gone. If you guessed that this is yet another example of a rust belt manufacturer losing its competitive edge, or shipping jobs offshore, you’d be wrong. In fact, bevel gear manufacturing at this US Gear facility of AxleTech International is not only alive and well, but running two and a half shifts a day, five days a week and producing more gear sets than ever for the high-performance gearing and aftermarket axles that the company is known for. If ever there was a testament to the power of new technology this is it, says US Gear Manufacturing Engineering Manager Mike Lobaugh, pointing to the cell of three Gleason Phoenix 600HC bevel gear cutting machines now doing the work of the 100 machines they replaced.

The High Cost of Wrench and Idle Time

“This was a ‘sea of green,’” Lobaugh said, alluding to the distinctive green color of the Gleason “five-cut” mechanical machines that once occupied much of this factory floor. “But the old tried-and-true five-cut face milling process (requiring two machines for ring gear roughing and finishing, three machines for pinion roughing and finishing of the convex and concave sides of the tooth) becomes a liability when today’s customers expect shorter lead times on smaller batches of our fast-growing product families.”

According to Lobaugh, it could take an experienced machine operator as long as two days of tedious, labor-intensive ‘wrenching,’ cutting parts and making adjustments just to change over his five machines from one gear set variant to another. Then, once the first ring gear was cut, the machines could sit for days waiting for the ring gear to return from heat treat. Only then could the pinion be cut to match the gear, and full-scale production begin.

“This process was acceptable when lot sizes were in the many hundreds or thousands,” Lobaugh said. “But today we need to accommodate batches of as few as 25 from dozens of different gear set product families and gear ratios. Fortunately, what once took many days now can be done in just a few hours with our new Gleason machines.”

US Gear began making the transition from its older Gleason five-cut machines in 2011, when it installed two Gleason Phoenix 600HC machines. Based on the success of these two machines, a third was installed in late 2016, enabling US Gear to move all of its spiral bevel gear set production to the three-machine Phoenix cell. These gears range in size from 2 inches to 23 inches in diameter, and include hot-selling products like their new Ford Super 8.8-inch IRS gear set.

“The difference between changing over a five-cut versus a Phoenix is like night and day,” Lobaugh said. “Steps that used to require hours of wrench time now reside in a gear summary and the CNC. Once you’ve verified the first part, every run thereafter is plug-and-play. With the mechanical machines, you started from scratch each and every time.”

Lobaugh also said the Phoenix machines have cut cycle times in half using Gleason’s Dry Power Cutting process. The 600HC’s clean work chamber ensures that high volumes of hot chips produced are easily collected away from the cutting zone. It’s an ideal platform for Gleason’s highly productive Pentac Plus, a cutter system that couples Gleason’s AlCroNite Pro-coated carbide stick blades with an innovative design that prevents the chip packing common in dry, high speed cutting applications. The cutter systems are also easy to build, using a Gleason CB cutter build machine. The CB is used to build and “true” different diameter Pentac Plus cutters in as little as 45 minutes. Blade re-sharpening and re-coating is performed at the Gleason Cutting Tools facility in Loves Park, Illinois.

“Turbo Lapping is of course much faster, but what’s really significant is the Turbo Tester,” Lobaugh said. “The old roll testers only checked contact pattern, and the operator had to rely a lot on ‘tribal knowledge’ — and what he sees and hears. Now, we’ve got a lot more actual data to work with, such as single-flank measurement of transmission error.”

This inspection data can be easily networked with Gleason’s Engineering and Manufacturing System (GEMS) and its CAGE Gear Design Software to calculate machine corrections and make summary changes. Lobaugh said the new machine selection process was weighted not only on machine capabilities but also on US Gear’s 50-year association with Gleason.

“There’s no learning curve,” he said. “And their service is exceptional. If there’s an issue we pick up the phone. We know them, and they know us.”

“In 2017 with increased internal and external demand for our spiral bevel gear sets and to support our long-term growth strategy, we again turned to Gleason to provide the technology and equipment we need to expand our business,” he said. “I am very pleased with the results and Gleason’s commitment and look forward to continuing our partnership.” 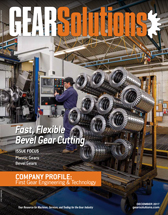