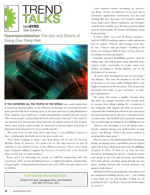 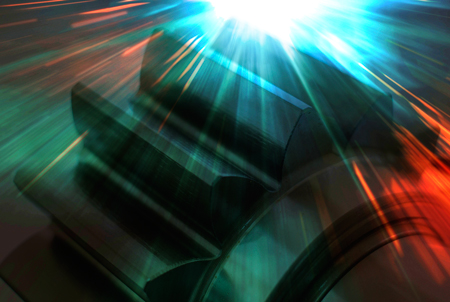 If you gathered all the people in the world who could explain how to broach an internal spline; or the influence of nitrogen on restricting austenite grain growth while heat treating a gear; or the pros and cons of using Barkhausen Noise Analysis; you would have a small (and probably strangely-dressed) crowd. “How many people could possibly find such information relevant?” is the number-one question I get from people when I describe the subject matter of Gear Solutions. “How many people could actually be interested in internal spline broaching or diamond-coated abrasives? It seems weirdly specific.”

“We want to be an inch wide and a mile deep,” is my publisher’s answer to that—a philosophy that holds true in the gear world, too.

“Our whole company is niche,” says Scott Knoy, VP of sales for German Machine Tools of America. “It’s perfect for us. We ship between 45 and 50 machines a year, divided by four or five different processes. There aren’t many large companies willing to support that low level of activity, due to the financial aspect of this type of niche business.”

Knoy and I are discussing the people on GMTA’s engineering staff that concentrate solely on the Scudding process—a highly-specialized, unbelievably-fast gear/spline cutting method developed in the early 1900’s, recently rediscovered by GMTA.

“Our engineers started developing the process,” says Knoy. “At first, we believed it to be used only in automotive applications—motorcycles, over the road trucking. But since that time, we’ve found it useful for much larger parts. Heavy equipment and aerospace work fits in the machine now. We have used it in making parts for Euroricambi, ZF Group, and Daimler. It just keeps growing.”

It took a while—two years, by Knoy’s estimates—until the GMTA Scudding engineers really understood how it worked. “They’re still learning every day,” he says. “They’ve only just begun.” Looking to the future, it’s exciting to think of some of these processes becoming even more specialized.
Sandvik’s patented InvoMilling process—used for milling spur and helical gears using indexable insert cutters—could, conceivably, be broken down even further, according to Nicklas Bylund, one of the developers of the process.

“It can be more developed in terms of root design,” says Bylund. “You have the freedom to do the root of the gear as you want, unlike hobbing where it just happens somehow by the movement. This means more prototypes and studies in gear mechanics—in short, gear optimization.”

Of course this means a smaller customer base. But there are enough customers with enough needs to warrant these things existing. It’s a testament to the companies that support this kind of research—companies like Sandvik that will invest time and money into processes that may be relevant to a fraction of their customer base. And Sandvik had a particular customer base in mind while developing the InvoMilling process.

“When it was developed, it was all started from a specific customer having very small batches of large gears,” says Bylund. “There’s big money involved in servicing these large gears.” 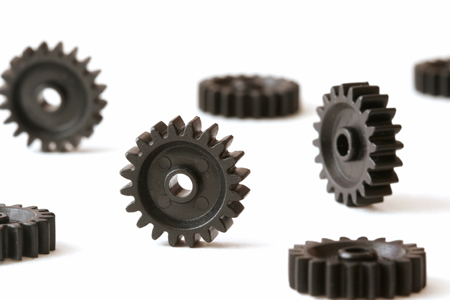 When it comes to the minds behind these microscopic details, developing such a specialized process requires quite a bit of focus. Bylund says that, since InvoMilling’s inception in 2010, “A third of my time has been devoted to developing the process—staying in contact with people in the U.S. and Germany and Sweden, desk work, phones, meetings, going through our own plans, running internal and external seminars, and going to trade shows.”

Similarly, Eric Prock, the gentleman who rediscovered the antiquated Scudding process, was “…just reading a gear book one day and thought, ‘I think we can probably do this,’” says Knoy. “So he started developing the process.”

But being very specialized isn’t always a good thing, as Perry Technology’s Mike Gilchrist can attest to. Perry Technology specializes in custom gears, taking complex designs and digesting them into a cohesive series of manufacturing operations. Gilchrist says that over the past decade, the company has had to broaden their focus a few times when things got a little tight.

“Business is better,” Gilchrist says. “And because we’ve gone through those changes—broad/focused—in the past ten years, we have more expertise than ever. We can go out on a limb to get highly-specialized work because we're smarter than we were ten years ago.

“With custom gears,” he says, “everything is specialized from head to toe—from tooling to machinery. Each application is different in its own special way—from the design of the cutting tool to the speeds and the feeds. We have machines with dedicated setups for a single type of gear. We employ subject experts within our organization that we go to for help in quoting, others for quality inspection, working with the customer, shipping…etc.”

“I’ve seen companies that get too specialized,” he says. “Then the work goes away, and they’ve either forgotten how to be a diversified shop, or they’ve shed all the necessary resources, and they’re in big trouble.”

Gilchrist also points out another pitfall of becoming too specialized: it’s getting easier for general machine shops to introduce gear cutting into their process with the equipment and technology available. On the other hand, you don’t want to be a "jack-of-all-trades and master of none."

“It’s about finding a balance,” he says. “If we feel that we don’t need to be in a particular ‘niche’ area, we’ll focus on something else. It shouldn’t become a ‘flavor of the day’ ideology, but it’s important to notice which direction the trends are moving."