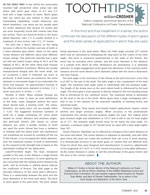 In the early part of the 1920s the automobile reached high production rates using rear axle drives with worm gear ratios of 4:1 and 5:1 built with a large number of starts. Worm gears with low ratios are very limited in their power transmitting capabilities, center distances, and wheel diameters. Low ratios are not usually used for center distances that exceed 10 inches and are more frequently found with centers less than five inches. There are practical limits to the worm wheel diameter; ratio 1:1 is usually limited to a maximum of nine inches, ratio 3:1, 27 inches.

The ratio has a direct influence on the rating because it affects the number and size of teeth in a fixed diameter gear wheel. Gears on the same center distance but different ratios have different torque ratings. One particular example has a gear set with the lowest torque rating at 40:1 and the highest at 45:1, all the other ratios have torques ranging somewhere in between. Worms are usually manufactured integral with the worm shaft, but on occasions a shell or hollowed out worm is produced. If shell worms are produced, the worm diameter is necessarily larger to accommodate the bores and keyways. An approximation formula of the effective shell worm diameter in inches: 2.4 × worm axial pitch in inches + 1.10.

Number of Teeth: When multiple threads are used, and in order to have an even distribution of the wear, many designers believe the worm wheel should have a hunting tooth. The ratios, therefore, are rarely exact, but are usually within ± 0.50. The suggested minimum numbers of teeth for a single enveloping (ZI) worm wheel (based on center distance and pressure angle), and globoidal wheels (ZK) based on center distance are: when a smaller number of teeth are used the worm thread tips have a tendency to interfere with the wheel teeth; the interference can sometimes be avoided by rounding off the top of the thread, or by increasing the wheel diameter, and; the maximum number of teeth is determined by the required tooth strength that is based on the anticipated loading for the application.

Lead/Pitch/Helix Angle: The lead, measured parallel to the axis, is the distance a single thread would cover in one revolution. In worm gearing we are concerned with the rubbing action between the teeth, and an increase in rubbing speed reduces the coefficient of friction. The lead angle is the principle influence on the worm gear’s efficiency. There is a relationship between the pitch and the pitch diameters of the worm and wheel. The pitch in worm gears is the axial pitch, the pitch always being expressed in the axial plane. When the helix angle exceeds 15º normal pitch may be calculated by multiplying the axial pitch by the cosine of the helix angle. This pitch is measured perpendicular to the sides of the thread. The worm has no operative pitch cylinder, and the pitch diameter is the distance of a cylinder from which all other dimensions are determined, it is arbitrarily selected. In single engagement worm gears this dimension is the nominal center distance and the worm wheel’s pitch diameter added with the worm’s dimension and then halved.

The lead angle is the inclination of the thread at the pitch line from a line that is at 90º to the axis of the shaft. The helix angle is the complement of the lead angle. The maximum lead angle varies in relationship with the pressure angle. The length of the stress area on the worm wheel teeth is influenced by the lead angle. The worm gear’s load capacity is directly related to the root bending stress that is introduced by the cantilever action. The maximum stress is developed by the load to the tip of the tooth. Worm gears have a large overlapping ratio; that is one of the reasons for the improved capability of handling heavy and abnormal loads.

Center Distance: Backlash can be affected by changes in the center distance of the worm and wheel. The center distance is adjusted at assembly, and with other gear forms this does not create the problems that can occur in worm gearing. It is theoretically incorrect to set worm gears on centers that are different from those for which they were designed and manufactured. In practice, adjustments of the magnitude of 0.001″ to 0.002″ would not produce a noticeable difference. As the center distance is varied, so will the smoothness of the gears motion and the area of the contact pattern.