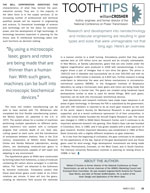 The Bell Corporation identified five characteristics of what they termed the post-industrial society. They are: 1) the majority of the labor force is in the supply services; 2) an increasing number of professional and technical qualified people will be required in engineering and science; 3) theoretical knowledge of science and technology will be the basis for economic power, and the development of high technology; 4) technology becomes important in planning for the future, and; 5) intellectual technology takes over such functions as decision making.

The move into modern manufacturing can be said to have started with T.N. Williamson who completed the first flexible manufacturing system, the Molins System 24, patented in the U.K. in 1970. The system allows for a number of machines performing multiple operations on different parts, each machine’s tool system with a computer program that controls depth of cut, feed rate, cutting speed on each cycle, and the transference of workpieces between stations. Now, in the 21st century, researchers at NASA’s Ames Research Center and Sandia National Laboratories, among others, are developing molecule-size gears to produce nanostructures capable of self repair and adapting to any environment.

The hypothetical gears at NASA were constructed by forming tubes from fullerenes, a class of molecule containing 60 carbon atoms arranged in a ball-like lattice. The “teeth” are attached to the fullerenes by benzene molecules. Computers predict that these laser-driven gears could rotate at six trillion rotations per minute. A laser will turn the gears, creating an electronic field around the nanotube in a manner similar to a shaft turning. Simulations predict that they would operate best at 100 billion turns per second and be virtually unbreakable. In New Mexico, at Sandia Laboratories, gears that are only visible under the highest magnification were produced in 2006 with nanotechnology. A micro-engine drives a pair of linkages that in turn drive the gears. The pinion is .000133 inch in diameter and successfully ran at over 300,000 rpm with its mating gear, 0.064 inches in diameter, at 4,600 rpm. Further research is being undertaken to determine the wear and failure mechanisms in microelectro-mechanical systems (MEMS). In the Hungarian Institute of Biophysics laboratory, by using a microscopic laser gears and rotors are being made that are thinner than a human hair. The gears are created using hardened liquid photopolymer similar to what is used for dental fillings. With such gears, machines can be built into microscopic biochemical devices.

Gear laboratories and research institutes have made major advances in all areas of gear technology. In Germany the FVA is subsidized by the government, and with 190 members is reported to do as much gear research as the rest of the world. Japan’s Society for Mechanical Research is also government supported, and at a recent conference sponsored 14 of their universities. In 1941 the United States founded the Aircraft Engine Research Lab. The name was changed in 1999 to NASA Glenn Research Center, and it continues to do important advanced research into gearing. Ohio State’s Gear Lab was founded in Columbus, Ohio, in 1980, and it has grown steadily with a wide spectrum of gear research. Another important laboratory was established in 1982 at Penn State University with a slightly different emphasis on gear materials.

As it has from the beginning of civilization, the gear continues to be adapted for the applications of the day. Typical of the gear development work are those gears used for wind energy. Huge development investments are being made in Maine, Pennsylvania, Colorado, on the West Coast, and in South Carolina. The Clemson University Restoration Institute is planning on testing drives to 15MW, in fact.