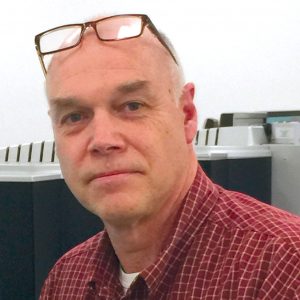 In the past, cyclically loaded gearbox components often experienced fatigue failure caused by large oxide inclusions. Gradual improvements to the steelmaking process led to reduced concentrations of oxides and a corresponding shift in failure mode. As a result, common failures were more often due to component design and manufacture (e.g., surface finish). With the next evolution in application performance, enhancements to component manufacturing resulted in superior surface finish and more consistent heat-treated properties.

Today, the demands on mechanical power transmission systems are leading to an ever-increasing emphasis on “power dense” design, focusing on higher power throughput via smaller system components. This trend translates into higher stresses within each component. And with these higher stresses, those upgraded components with improved surface finish, which had previously led to only moderate improvements in performance, are now experiencing a return to increased sub-surface fatigue initiation failures occurring at internal material imperfections. These are essentially non-metallic inclusions which, under most loading conditions, are principally large oxide inclusions.

These highly loaded components benefit from the incorporation of even cleaner steels. The manufacture of very clean (air-melt) steels requires precise control of the steelmaking process to consistently produce the highest performing power-dense components. And key to the required level of process control is measurement.

That said, the application of indiscriminate, unsystematic measurement to steel processing and final quality alone is not enough. A critical yet sometimes overlooked aspect of measurement principles is the need for a fundamental understanding of the measurement being considered; in other words, knowing what attribute of the material is actually being measured, how it is being measured, and whether this attribute actually correlates to the desired performance characteristic.

An illustrative example is total oxygen content, a common metric employed throughout the steel industry to indicate steel cleanness. As a cleanness metric, total oxygen content is often not reflective of steel performance, especially in cyclic contact loading applications such as with bearings or gears. In these cases, macro-oxides or stringers are the prominent inclusion type in fatigue failures. This is readily apparent in a comparison of bearing life and measured total oxygen in the corresponding bearing steels, as shown in Figure 1 [4].

The reason for this apparent inconsistency becomes clear once a deeper understanding of the total oxygen measurement and those steel cleanness features that most affect the desired performance characteristic are provided. First, the interrogated sample size in total oxygen measurements is quite small (typically a mass of about 1 gram). As a result of the small specimen volume, in many of today’s manufactured clean steels, the likelihood of encountering a macro-oxide (those most responsible for contact fatigue failures) in even a series of total oxygen tests is low. It turns out that the total oxygen metric is more accurately considered a measure of the concentration of the uniformly dispersed small oxide inclusions (those having a negligible effect on fatigue).

A high-resolution ultrasonic test with its significantly increased interrogated volume provides a better measurement for detection of macro-oxide population and, accordingly, is a better predictor of fatigue performance, as shown in Figure 2.

Circumstances similar to those noted with total oxygen measurement exist with many of the other commonly employed industry standards defining steel cleanness measurements, as noted by Girodin et al. [5], stating that “conventional methods for inclusion rating are not sufficient anymore to evaluate accurately the micro-cleanliness of the current bearing steels…” and, accordingly, are unlikely to correlate with material performance. This point was emphasized by Murakami [6]: “Correlations between cleanliness (as measured by JIS and ASTM methods) and fatigue strength were investigated … but the results were not satisfactory.”

What this means for us today is when using ultra-clean steels in these highly loaded components, the importance of careful measurements — whether in-process signal monitoring or final product quality determination to guarantee a high level of material performance in application — cannot be overstated. After all, one cannot control what one cannot (quantitatively) measure.

In upcoming Materials Matter columns, the subject on the practical worth of industry steel cleanness standards will be discussed in greater detail. 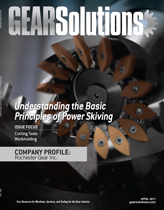