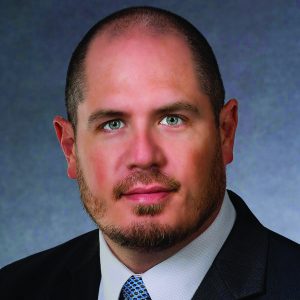 Tell us a little about the society’s background, and the annual conference.

The first Coordinate Metrology Systems Conference (CMSC) was held in San Antonio, Texas, in 1984, with the Coordinate Metrology Society (CMS) established as a professional organization soon after. We hold the conference in a different location each year. The society has been a volunteer organization from the beginning, and even today our registrar is our only employee. I work at Boeing, for instance, and others on the current committee are employed by companies such as FARO Technologies, Hexagon Metrology, and Spirit AeroSystems, among others.

Although we hold our conference in the United States each year, we are definitely an international organization, with metrologists and measurement experts from all around the world counted among our members. Apart from organizing the conference each year the CMS is also involved in publishing papers presented there twice annually in the Journal of the CMSC, and we also have subcommittees devoted to topics such as certification for metrology practitioners. Currently there is no specific academic curriculum for training metrologists, and no certification available to ensure their expertise, so those are both areas in which we’re heavily involved.

The Certification Committee has been in place for about three years now, and we’re networking and giving presentations to raise awareness about the issue, at the same time seeking to identify third-party supporters who’d like to get involved and play a role in developing certification standards.

What can those who attend this year’s conference expect to find?

The 27th annual conference will be held at the Arizona Biltmore Hotel and Spa in Phoenix July 25-29, 2011, and it’s really a unique event in that the emphasis will be on educational presentations, workshops, and networking as opposed to a more-commercial tradeshow—although there will definitely be plenty of exhibits showing the latest measurement technologies. At a typical conference you’ll see approximately 500 metrology professionals in attendance and have about two-dozen technical presentations to choose from, along with an exhibit hall filled with booths from prominent industry exhibitors, OEMs and service providers alike.

Our attendees come from both industry and academia, and from a wide variety of countries including Australia, Brazil, Canada, France, Norway, and Germany, just to name a few. Prestigious educational institutions such as the University of North Carolina, the University of Michigan, Texas A&M University, and the Max-Planck-Institute fur Plasmaphysik have been represented, alongside science centers such as the Brookhaven National Laboratory, Fermi National Accelerator Laboratory, Princeton Plasma Physics Laboratory, the National Aeronautics and Space Administration, the National Institute for Standards Technology, and the U.K.’s National Physical Laboratory.

We will generally begin the five-day session with a social event the first evening to break the ice, and then the presentations and exhibitions begin the following day and proceed throughout the week. We also plan a site visit to a local facility, with past excursions being made to naval bases, NASCAR race shops, shipyards, and Boeing metrology labs. The best part about the whole conference is presenting the opportunity for those who are really pushing the envelope in metrology to come together and help guide the field’s future direction.

As CNC technologies advance, and the demand for high precision and low tolerances only grows, metrology has really become central to many aspects of industrial development. The mission of the society, and the purpose of the annual conference, is to bring people together to focus on real-world applications and help raise awareness about the crucial role metrology plays in the global manufacturing environment.