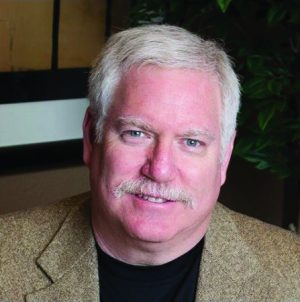 Most of you know that the gear production machines today are much more capable and productive than those of even 10 years ago. However, I was impressed as to how far those machines and others have come. Gear Expo 2015 offered an opportunity to see them in action.

Since the mid-1980s, gear machines of all types (cutting, grinding, shaving, and inspection) have been all CNC based. Even re-built and re-manufactured machines are done with CNC. Several of the manual machines built back then are worth re-manufacturing and offer a less expensive route to modernizing your shop.

However, the brand-new machines provide many advantages over older machines. They are designed for rigidity and accuracy. There are more features such as skiving, multiple and fully flexible cutting cycles, quicker setup, guideless shaping, and on-machine gauging, to list a few. With more control over the axes of a machine, the machine is more valuable to the gear shop in terms of the variety of jobs it can handle.

For shops that are getting into the CNC machine market, the costs are something to consider. You must do your homework and run the justification numbers. If you’ve got a bank of work that can be run through the machine, all the better. The bottom line is that you have to seriously look at these machines, and you may need them to stay competitive in the marketplace.

One of the biggest surprises was how far the nontraditional gear production methods have come. Mazak, DMG Mori Seiki, and Sandvik currently are at the leading edge of these technologies.

Sandvik offers CNC lathe and milling machine owners the ability to mill gears as part of their current operations. Obviously, dedicated gear machines can achieve much higher productivity than lathes and mills. However, if your volume is low and does not require super close tolerances, this option may work for you. It’s best to have a lathe or mill that has the requisite software and live tooling capability.

For those looking for a multipurpose machine, Mazak and DMG Mori Seiki have machines capable of making gears as part of the machining process. Most have five or more axes of control, in addition to twin spindles for turning the entire part with one-button push. Live tooling allows the milling of gears on parts that can duplicate a gear you’ve received from a customer without a print.

Mazak’s machine at the show was tooled up to make a straight bevel gear with about a 4-inch pitch diameter with 40 teeth in addition to a spline in the bore. The entire part was produced in about two hours with an additional six to eight hours of setup and programming time required. Mazak has teamed with Dontyne Systems to provide CMM inspection and machine feedback to make gears per blueprint or supplied samples. While Gleason has had machine feedback capability for years in their cutting machines, this new twist allows less sophisticated companies to get into bevel as well as spur and helical gear production without the need to purchase multiple function-specific machines and software.

DMG Mori Seiki offers a CNC lathe with a trunnion that can accommodate a gear hob. This type of option can change the way you choose to process a gear.

Clearly, these machines will not replace dedicated machines for higher volume orders. However, they do offer the possibility for a shop to make all kinds of parts on machines that were previously not considered as gear machines. These machines, while more expensive, can be used in so many ways that a shop with lower volume production may want to consider them to maximize the range of parts they can make.

Remember, if new machines are purchased, you’ve got to run them as many hours as possible. With the newer technologies of multitasking, tool-changers, auto-loading, and on-machine gaging, it is quite possible to run these machines lights out for maximum productivity and lower per-piece costs.

Gear Expo also featured the opportunity to speak with many gear manufacturing companies as well as tooling and engineering software suppliers. It gave attendees the resources to research their needs and see what others are offering and producing on modern gear production equipment. The networking alone was worth the price of admission.

AGMA put on another great Gear Expo, and I’m looking forward to the next one in 2017. You cannot afford to miss the show with technology changing as fast as it is.