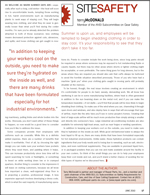 As welcome as warm summer days are—especially after such a long, cold winter—the heat will soon rise to uncomfortable levels, tempting those working in hot, harsh environments such as manufacturing plants to seek ways of staying cool. They will begin wearing less clothing, and what they do wear is generally looser than what you’ll find during the colder months. I’m sure you’ve already detected the problem attached to both of those scenarios: less clothing means decreased protection against cuts, abrasions, and spills; and loose clothing can get caught in moving machinery, pulling limbs and whole bodies into the works. Obviously, you don’t want either of these things to happen, so now would be a good time to consider how you’d like to address the issue.

Some companies provide their employees with uniforms such as coveralls. While this is a definite added expense, there are a number of benefits that make it worthwhile. First of all, by choosing the right design you can make sure your workers have pockets where they need them, and padding where it helps. This can increase productivity since less time will be spent searching for tools or flashlights, or something to kneel on while working down low or in cramped quarters. Another thing to consider is the impression it will leave on visiting customers, because we all know how important a clean, well-organized shop floor is in projecting a positive, professional image. A less expensive approach involves developing a dress code, which is what the vast majority of manufacturing operations do. Points to consider include the work being done, since long pants should be required in areas where someone may be exposed to hot metalworking fluids or caustic liquids, but there may be other areas where shorts or lighter clothing might be acceptable, or even preferable. The same thing goes for long sleeves, but in the areas where they are required you should also ask that cuffs always be buttoned to avoid the horrible situation described previously. Those of you who have had a machine “grab you” when your clothing gets caught in moving parts still probably shudder at the memory.

To be honest, though, the real issue involves creating an environment in which it’s comfortable for people to do hard, sweaty, demanding work. We all know how sweltering it can be in some manufacturing facilities, where heat is often generated in addition to the sun beaming down on the metal roof, and if you can make the temperature bearable—if not idyllic—you’ll find that people will be less likely to begin shedding their clothing. So make use of the wind where you can, channeling it through open doors and windows, and also deploy fans in ways that will encourage that type of airflow, much like the attic fans you’ll see in some people’s homes. Creating that kind of large-scale airflow will be much more productive than simply aiming a smaller unit directly into someone’s face. Large industrial air-conditioning modules are also available for extremely high-heat areas, such as near forges or welding operations.

In addition to keeping your workers cool on the outside, you need to make sure they’re hydrated on the inside as well. While good old-fashioned water is always the best liquid to fill up on, there are many drinks that have been formulated especially for hot industrial environments. Unlike water, these hydration products can contain ingredients that your body needs and is losing due to sweating, such as salt, electrolytes, and even nutritional supplements. They are available in premixed liquid form, or in packaged powders that you can mix and make available around the facility in your own coolers. So think of the small things you can do to help your employees keep their cool inside and out, and you’ll stand a better chance of avoiding the terrible types of injuries we’ve discussed here. 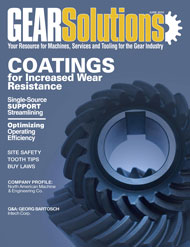