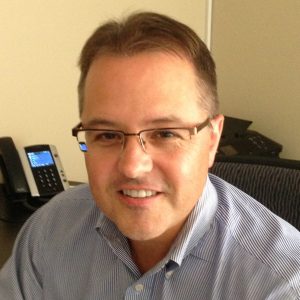 German Machine Tools of America (GMTA) is a leader in supplying machining and fabricating equipment solutions to the North American Market. Tell me a little about how GMTA got started.

GMTA (formerly American WERA) was founded in January, 1991 as a subsidiary of WERA WERK GmbH, which is located in Wuppertal, Germany. It started out as a small office with just two people. Through the years, we’ve grown into two offices, one here in Ann Arbor, Mich., and another in Querétaro, Mexico, with a total of 17 people. Our facilities provide support for spare parts, service, and sales, and we also do a little light rebuilding. Our Ann Arbor location houses office space and a shop where we have high bay access. GMTA has six service engineers located in Michigan and five located in Queretaro, Mexico. We have an installed base of just over 500 machines operating in North America.

Germany is the site of some great technology currently being developed for gears—“Scudding,” is a term that comes to mind. How did GMTA start developing Scudding machines?

Most of what we do at GMTA revolves around gears—our bread and butter for a long time was gear tooth pointing, gear tooth rounding, step lock milling, gear hobbing, and gear honing. The Scudding process was discovered years ago and patented by Pittler in the early 1900s. The equipment of that day was not robust enough to handle the forces generated by the process and people quickly lost interest. Since that time similar processes had been used for the hard finishing of gears. In 2004 the engineering staff at Profilator began to experiment with Scudding as a green (soft) process and witnessed some promising initial results. In our developments, we have found that if a form can be shaped, hobbed or broached it can be cut via Scudding. Shortly thereafter we developed the first gear Scudding machine. Currently we offer three sizes of Scudding machines and can process parts with diameters from 0 to 500mm. Profilator has 54 Scudding machines in the global market, 15 of which are located in North America, all producing high quality gears every day.

The Scudding process appears to be similar to shaping.

It’s comparable to gear shaping in looks only and has several major advantages when compared to shaping. In the shaping process, approximately 50% of the cycle time is non-productive (upstroke). With Scudding, we are able to generate as a hob directly through the part without non-productive strokes. This results in faster cycle times and better tool life, which is due to the uninterrupted cut in Scudding. In fact, the German word for Scudding is “Walzschälen” which, when translated, means “hob-peeling.”

Additionally, Scudding can produce blind spline parts. In all cases, shaping requires a groove for clearance as well as chip evacuation at the bottom of the cutting stroke. Scudding, on the other hand, can “sweep out” and produce a smooth radius, thus eliminating the need for a clearance groove. This produces a stronger part, eliminates the turning operation to make the groove, and eliminates a large burr that shaping would leave in the groove. In light of this information alone, many customers are deleting this clearance groove in newly designed parts in order to save money and time while increasing part strength.

Another benefit of this process is the gear quality produced and surface finish on the gear flank. The Scudding process will standardly produce gears in the quality range of AGMA 10-12/DIN 7-5 with Surface finishes of Ra 2.0-0.30/Rz 6.0-0.90. Producing quality like this can easily replace hobbing and shaving applications and perhaps some hard finishing operations.

Are there any other differences in the processes?

Yes. As you can see in the videos on the Internet and on our website, Scudding uses a setting angle to provide clearance for chip evacuation. So Scudding cannot get quite as close to a shoulder as the shaping process, as the setting angle provides the required clearance for the cutter to process the part. If we were to try and Scud a part with no setting angle, we would do nothing except push material, generating enough heat to weld the tool to the part. The setting angle is critical to the process and we standardly operate between 13 and 30 degrees. However, all parts are worth investigating for feasibility. Remember if you can hob it, shape it, or broach it, we can scud it: internal, external, spur, helical, spline, sprocket or ratchet, etc. 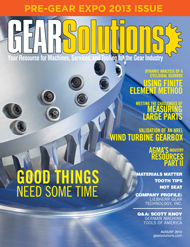