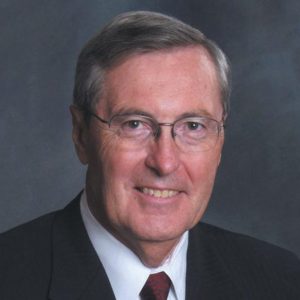 Opening kids’ eyes to manufacturing as an exciting career is important. Tell us what the FMA is doing in that area.

You’re right, it’s critical that all of us involved in manufacturing make them aware that the image they may have from pictures of the Industrial Revolution in their textbooks no longer holds true, and that it’s evolved into a very high-tech environment. Baby Boomers will be retiring soon, and we just don’t have the younger workers we need who are interested in replacing them.

That’s why we’ve established the Nuts, Bolts, & Thingamajigs Foundation, or NBT, to fund events at which schoolchildren can gain hands-on experience in a wide range of manufacturing activities. The goal is to allow them to see for themselves how exciting and satisfying it is to create something themselves, and also how the computer skills most kids possess these days actually support that activity. They may be envisioning dirty factory floors, when the reality involves CNC-controlled equipment, robotics, and touchscreen technologies. We feel the best way to get that message across is to show them, rather than just telling them.

How did NBT come into being, and what types of courses are offered?

A few years ago the FMA Foundation was approached by a group here in Rockford, Illinois, called Women of Today’s Manufacturing. They were seeking funding for a camp they were holding, so we made a contribution, and when we attended we immediately thought it would be a great idea to hold similar events for boys and girls of all ages around the country. Then one of our members sent us stainless-steel bracelets with “Made in America” etched into them, and we mailed one to John Ratzenberger, who is known from his role on “Cheers” and was also host of the TV show “John Ratzenberger’s Made in America.” He threw in his support by taping some promotional segments for us, and he continues attending quite a few of our events to this day. So things have really grown from there.

We started by funding four events the first year, then eight the next, and it just keeps growing. We’d like to have 500 of them every year, of course, but for now a sampling includes “Step Into Your Future, A Manufacturing Summer Camp” at Mid-Florida Tech in Orlando and “Dream It! Make It! Metals Manufacturing Camp” at Asheville High School in North Carolina. That’s just two of the 19 camps we’ve funded this year at locations from Vancouver, Washington, to Tucson, Arizona, and we invite anyone to contact us who’s interested in holding similar events.

Would you encourage other professional organizations to adopt this model?

Of course, because every industry from welding to gear manufacturing is experiencing this same crisis. What’s important right now, though, is to figure out the smartest way to address the issue. Should we do it individually, or is there some way we can come together and combine our resources toward achieving a shared goal? While most of our efforts target children at this point, we also need to provide training to those in high school and beyond, and one way to do that is to enlist the help of community colleges.

We’ve recently completed certification for a sheet-metal working course that’s being taught by several community colleges, and it has the potential to become a program that could be taught anywhere and tailored to the needs of the local manufacturing community. It would really be great for that type of program to gain traction and go nationwide.

To what do you attribute this need to actively recruit new hires, especially when so many people are looking for work?

With all the technological advances we’ve seen in recent years, industry needs trained workers, so it’s important to reach out to kids who are at a point in their lives where they’re aware of the need to choose a course of action for themselves in terms of their careers. Statistics show that 30 percent of eighth-graders don’t graduate from high school, and that contributes to a significant population of people with nowhere to go but toward trouble.

Not to be trite, but I think it’s a better idea to invest in education rather than incarceration. And many of the jobs that were once available to those without a high-school education are now obsolete. So I think the smart thing to do is to reach them early, show them an attractive path to follow, and then support their efforts by providing opportunities to learn and grow. And by doing so, we all benefit.