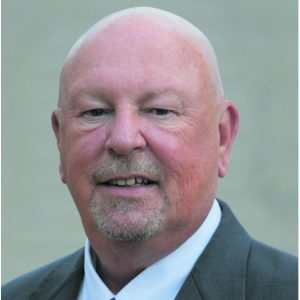 Congratulations on your recent promotion. Tell us a little about your background.

Thank you. It’s a real honor that our president, Andy Lachat, has this much confidence in me, and I’m excited about the plans we’ve made so far. It’s funny that you ask about my background, because I’ve been thinking about that a lot lately. I’ve worked in so many areas of this industry that I don’t think I could’ve prepared myself better for this position if I’d tried.

Just to give you an idea, I started working on the shop floor as a tool and die maker at Continental Can more than 30 years ago, where I eventually moved up into management. Then I spent three years at Valenite and seven with Carboloy before moving to Florida as their representative. I actually resigned my job with Carboloy in order to become their manufacturers’ rep, and at the same time I began representing Circle Machine. I took a little sidetrack when one of my distributors talked me into joining his company, which ran its course in about a year and a half.

Then Circle Machine hired me as their regional sales manager and I spent 19 years with them, eventually being named national sales manager. When they were acquired by Kennametal I stayed on for several years in various sales management positions before being “downsized,” as they used to call it.

So I’ve worked on the shop floor, as a field rep, in corporate management positions, in distribution, and as a small business owner. Those experiences provided me with a firsthand understanding of just about anything or anyone I might encounter in my current position.

How did you come to join Riten Industries?

When I left Kennametal I thought very carefully about what I wanted to do. My wife and I had adopted two children, so I decided that I needed to work at least 10 more years, and I really didn’t want to be in the position of having my job eliminated again. I felt that the best way to make sure of that was to go back into business for myself, which I did. I reopened my rep agency, and about a year and a half later Andy came to interview me as Riten’s representative in the Virginias and the Carolinas.

We had a great meeting, really hit it off, and he came back the next day and said “I’ve decided that I don’t want you as our sales rep, I want you to be our regional manager.” I told him that I was flattered, but that I needed to work for another decade while my wife and I raised our kids, and that I just couldn’t afford to run the risk of losing my job again. Well, Andy is a very family oriented person, and he assured me that I could finish my career with Riten Industries and have a real impact on the company’s future. This speaks volumes about the kind of man he is. And when you encounter that kind of integrity, you’ll just walk through walls for that person.

So how did this promotion happen, and what are your plans?

I worked as regional sales manager for about a year and a half, focusing on improving our sales force and building relationships with distribution, and I’d just gotten everything running smoothly when Andy approached me last summer about becoming director of sales and marketing. I hesitated at first, because I really wasn’t looking for any more mountains to climb at that point, but he felt strongly that I was the man who could help take Riten Industries to the next level, in terms of its sales.

Marketing has been handled well, because I believe our reputation is a good reflection of who we really are, but Andy and I both felt that the sales structure needed to be examined closely to make sure it was functioning efficiently and that we had the right people representing us around the country. So I accepted the position, and I’m glad I did. Like I’ve said, everything I’ve done since I was in my early twenties has equipped me to do this job at this time.

Sounds like this is where you were meant to be.

You know, when Andy and I were first talking about me joining the company, I told him that I’d actually gone to high school in Washington Court House, Ohio, where Riten Industries is located. Then I’d left for college and never went back. And when they sent me the employment contract it was signed by the daughter of a guy I’d graduated with! So I think you’re right, this is definitely where I’m supposed to be.