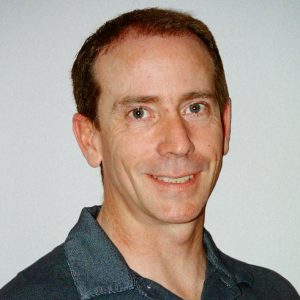 Give us a sense of how UVLM came into being.

My grandfather, Lowell Gribble, started an industrial maintenance service company called Ultrasonic Predictable Maintenance, Inc., or UPM, in 1968. My father, Doug, and my uncle Stuart joined the company soon after, and they spent the next two decades using infrared and ultrasound devices to inspect the bearing conditions in manufacturing equipment.

In 1989 my father gave me a call—I was in the military at the time, living in Germany—and told me that he had an idea. He said that he’d come to realize over the years that the vast majority of the bearing problems he encountered involved lubrication, and that you could detect underlubricated bearings by the sound they made. It was a gritty, sandy noise instead of the smooth, continuous sound that you want to hear in bearings that are properly lubricated. He wanted to develop a device that would allow a lubrication technician to actually listen to the internal workings of a machine, and after years of testing, development, and working to have a patent awarded we launched UVLM in 1991 and sold our first Ultra-Lube in 1994.

My grandfather passed away a number of years ago, so I’m a partner in the company along with my dad and my uncle.

What are the device’s attributes?

The first is that my father made a conscious decision to utilize the sonic rather than the ultrasonic frequency range, mostly because he wanted it to be very easy to use with little or no training involved, as is the case with the ultrasonic instrumentation that’s already out there. Luckily dad’s best friend is a retired ear, nose, and throat (ENT) specialist, and his expertise was invaluable in the development of the Ultra-Lube. It was his opinion that to base your lubrication reading on ultrasonic frequencies alone was dangerous at best, because so much depends on the type of crystal in the transducer and what it’s been tuned to detect.

You’re going to pick up different sounds if an ultrasonic device is set at 35 kilohertz or at 40, after all. I sat on a panel once debating the attributes of the two detection methods, and when the representative of ultrasonic instruments said that everyone hears things differently, I agreed. But I also pointed out that if the two of us went to hear a piano concerto we’re both going to hear the same instrument, not a tuba and a saxophone, even if the tones we hear don’t match up perfectly. That’s how it is with the sonic frequency we utilize, while an ultrasonic reading can lead you to believe you’re hearing something else altogether.

Another benefit of the Ultra-Lube is that it allows users to tailor their lubrication schedules to the exact piece of equipment they’re monitoring. Most industrial machinery is lubricated according to a time/amount schedule, where every two weeks, or two months, a certain amount of oil or grease is applied. That can be a waste of time if it’s not necessary. Our customers have told us that once they’ve started using the Ultra-Lube, the vast majority of the time they’re able to adjust their lubrication schedule downward. This device can also be used as an early warning diagnostic tool, because you can detect the noises that could indicate impending bearing failure.

We always stress that in these instances the Ultra-Lube should only be used as a screening tool, with follow-up tests including vibration analysis, data collection, oil analysis, and thermography should anything seem amiss.

Is seems like an instrument of this nature would have a wide variety of applications.

It really does. I’ve even used it to detect a malfunction in my wife’s car. But we have managed to place our product in a long list of industries, including power generation, wood products, petrochemicals, OEM and parts manufacturing, mining, agriculture, hospitals, pharmaceuticals, and maintenance service companies, just to name a few. And I think a big part of its acceptance has to do with how easy it is to use. There are some things that just can’t be reduced to an automatic process, where it’s better for the sensory input and judgment of an actual human being to be involved, and that’s where the Ultra-Lube comes in. It’s like putting a stethoscope in the hands of a doctor.