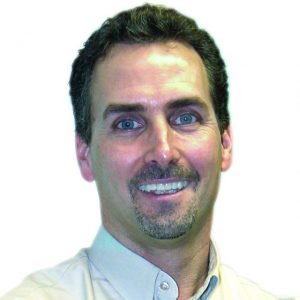 You purchased the company along with your partners in 1993, but Colonial Tool had been around for a long time by then, hadn’t it?
Yes, it had. It was originally founded in 1934 as the Canadian arm of a U.S.-based company called Michigan Tool. In 1954 Michigan Tool was purchased by the Ex-cell-O Corporation, which was interested in acquiring its patented spline rolling process, and then Textron bought Ex-cell-O North America in 1986 and we became Colonial Tool Textron. Seven years later, in 1993, my partners and I had the opportunity to buy the company from Textron. I had been with the company since 1979, and in sales since 1986. My partners had been involved in sales and in engineering with the company since 1986. Textron was basically on the verge of closing the plant, but we felt that it had a lot of good employees and a great deal of potential, so we pooled our resources and bought the company. We felt that, with the proper management and capital investments, there was still a great deal of opportunity out there for us to explore.

How has Colonial Tool grown since that time, and who are your customers?
We originally had about 25 employees, and we now have nearly 70 employed between our two plants, which are located in Windsor, Ontario, and Taylor, Michigan. We added the U.S. facility when we purchased a tool and gage company called Value Tool in 1996. We now have some 64,000 square feet of manufacturing space in total, and we’ve achieved in the neighborhood of $15 million in annual sales. As for our customers, I would say that about 80 percent of our business is automotive related, and we ship our products all around the world. Thailand has been a pretty good new market for us, and we’re also doing business in Mexico, Europe, China, and India.

Have you been affected by the automotive industry’s recent struggles?
To be honest with you, we’re still fairly strong with our automotive customers, and gaining new ones while some of our competitors seem to be faltering. Last year Colonial hired a marketing firm to survey and evaluate our real strength with our present customers, and what jumped out of this exercise was our customers’ appreciation of Colonial’s communication and our ability to assist in reducing their costs. Many of our customers consider Colonial as an important part of their team. One question from the survey was “If Colonial did not exist in the marketplace, would you notice our absence and miss our relationship with you?” Eighty-six percent of our customers surveyed responded “definitely.” From this marketing survey we have developed “lowest cost per piece,” or LCPP. This is why we’re still very upbeat about our relationship with our customers in the automotive industry and continually gaining new customers. We have also begun to diversify into more aerospace work, which is facilitated by our long history and solid reputation for producing precision machine spindles, a wide variety of broach tools, spline rolling racks, and turnkey machine systems. This complete package is a great sales tool when you’re explaining to a customer what you can offer them. We even do heat treatment of all tools in-house, and our field consultation service—having to do with troubleshooting, part and tool materials, and coolants—ties in nicely with our LCPP. I hear frequently from our new customers that they haven’t been satisfied with the response they’ve received from our competitors in terms of delivery of orders, and even the timing of simple quotations. We always try to respond as quickly as possible to whatever their needs may be. While some clients have decided to experiment with other suppliers, with a little time they come back to us because they realize even more that we provide the quality, service, and delivery they require to meet their production goals.