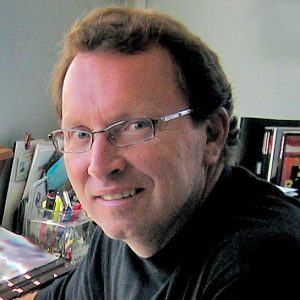 I understand that the company was founded in 1986. What’s the story?

I have two friends who were working in the induction heat treating industry, and the three of us were talking about starting a business together. They said that they always seemed to be fixing the same problems where they were working at the time, and they thought that we could do a better job, so we decided to give it a go. I signed up for some classes to learn about the process, and things just kind of took off from there.

So you didn’t have a background in induction heat treating prior to that?

No, I had more of a business background. I actually started a towing business with my brother in law when I was 14 and he’d just turned 16. It eventually turned into one of the biggest tow-truck operations in the state of Michigan. So I did that for about seven years, and then I opened up an Oliver’s Pizza at the same time we were working on getting Tech Induction off the ground. I also have a company called Production Tech Industries, which manufactures axle shafts, ring gears, spindles, and hubs. And it employs about 150 people, so that’s a pretty big operation.

How did things go in Tech Induction’s early years?

Pretty well. We originally leased about 3,600 square feet where we had a couple of Bridgeports and a lathe, and our first customer was GM’s Saginaw Steering Gear, so things just kind of blossomed for us. Our approach was basically to say that if they bought a coil from us and it didn’t work, they didn’t have to pay for it, so that got people’s attention. These days we have about 21,000 square feet in two buildings, and we employ about 38 people. In the larger of the two buildings we do induction heat treating, and in the other one we manufacture induction forging and mass heating coils. We rebuild induction heat treat equipment in that facility, too, and that’s also where we have our R&D lab.

Has anything exciting come out of your R&D lab recently?

Yes, we’ve developed a new coil design with one of our customers, and they’re using it for one of their spindles. We’re very excited about this, and we really think it’s going to change the way induction coils are made because it’s a series static heat coil instead of the typical hairpin coil. We also manufacture coils for an Italian company by the name of SAET, and we sell their induction heating equipment into the United States, Mexico, and Canada. We’re setting up one of their machines here so that we can offer demonstrations, so we’re hoping people will come out and take a look at it.

As an aside, I understand that you’re also into automobile racing.

I’ve been into racing for years, along with Eddie Sachs, who’s our account manager. That’s how we met, in fact. About two years ago I sponsored a car that raced at Daytona, and I eventually decided that if I was going to be putting money into this, we might as well be getting some advertising out of it. So this past year we hired a driver, Mike Wallace, and put our own team together. We raced at Daytona and came in fifteenth, which was really great. So now I’m co-owner of a racing team on top of everything else.

So how’s business for Tech Induction these days?

Things are going very well for us. We’ve experienced substantial growth every year for the past decade, so we’re in a good position to take advantage of an improving economy and continue building our reputation in the marketplace.