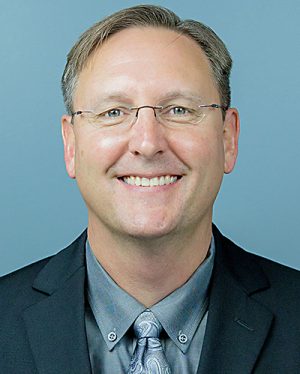 Electric vehicles and plug-in hybrids are becoming a larger segment of the vehicles on the road every year, and with government incentives to purchasers and manufacturers, this trend will not be reversing. Multiple states are mandating zero-emission vehicles for all new vehicle sales by 2035.

Manufacturers are embracing the transition and focusing new vehicle development toward this trend. This was evident during the most recent meeting of the Gear and Power Transmission Research Lab (GEARLAB) Consortium Meeting at Ohio State University. The Consortium currently has 75 corporate members that monitor the research programs and offer direction for new programs. The overarching theme from the sponsor feedback portion of the meeting was noise reduction associated with electric vehicle drivetrains.

Electric vehicles usually require reduction gears, and even multispeed geared transmissions, to achieve the appropriate road speeds. The lack of internal combustion engine noise elevates drivetrain noise to one of the most notable contributors to overall noise inside the cabin. Drivetrain noise can have many contributors, but the main two are usually transmission error and frictional vibration from the transmission itself. Transmission error is the first target of designers, as it’s the source most commonly addressed in the industry. Macro geometry changes can result in a very durable gear that is still easy to manufacture, but ultimately, micro geometry changes will be required to meet the lower noise requirements in an electric vehicle.

Ultimately, the next largest contributor will become the target as the transmission error is further minimized. This is typically vibro-acoustic noise associated with the friction generated by the intermeshing gear teeth that is transmitted through the shafts and amplified by the housing. There are a few methods to address this, but the most common are lubrication and reduction of surface roughness of the tooth flanks. The first time I heard of vibro-acoustic noise was around 2001 when Dr. Don Houser of Ohio State University asked REM to participate in a research effort to monitor the frictional noise variations between ground and superfinished gears, as well as the influence of lubricant viscosity. Both spur gears and helical gears were tested with monitoring inside the gearbox. These early results indicated that both lubrication viscosity, and surface roughness played key roles in reducing the frictional noise (Donald R. Houser, 2001).

We had a chance in 2002 to put this theory into practice with real-world testing during the qualification of isotropically superfinished gears in the Sikorsky S-76 C+ main transmission. Just like an electric vehicle, the noise level in the cabin is directly correlated to the comfort and satisfaction of the occupants. This aircraft had the cabin acoustic levels very well documented since it was targeted toward VIP transport. Figure 1 shows the predominant cabin noise was produced by the gear meshing vibrations of the first few harmonics of the bull gear. The highest noise level was predominantly the result of vibrations occurring at the first harmonic of the bull gear meshing frequency of 778 Hz.

The gears monitored during this qualification testing were the second stage bevel pinions and gears, third-stage spur pinion, and third stage bull gear. See Figure 2 for the schematic of the targeted gears. The historically ground gears had a surface roughness requirement of Ra ≤ 25 µin (0.6 µm). After isotropic superfinishing, the surface roughness was reduced to Ra ≤ 4 µin (0.1 µm). The main transmission was assembled with accelerometers in various locations to best measure the amount of vibration generated by the isotropically superfinished gears, then run through the Acceptance Test Procedure (ATP), and ultimately a 200-hour endurance test.

Figure 3 is the measured vibration levels for the S-76C+ main transmission during the ATP, baseline versus isotropically superfinished gears. (B. Hansen, 2002)

As the old saying says, everything old is new again. Isotropic superfinishing has been used to increase durability and reduce noise in the aerospace industry for many years. The automotive industry has not needed to significantly reduce noise in the cabin until now. The advent and ever-increasing demand for the quiet electric vehicle is driving the industry to reduce transmission error and manufacture higher quality gears.

Ultimately, this effort will result in the next failure point becoming the primary nuisance, vibro-acoustic noise.

When we reach this point, isotropic superfinishing may be a tool to consider.