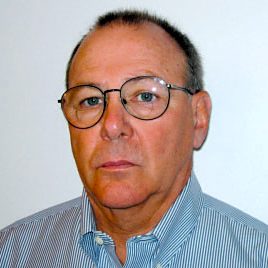 I understand that you joined Overton Gear three and a half years ago. What were you involved in before that time?

I spent almost 25 years with Philadelphia Gear Corporation, where I was manufacturing manager, and then I was vice president and general manager of the Foote-Jones/Illinois Gear division of Regal-Beloit Corporation for five years. That’s when I was recruited to join Overton Gear by the board of directors.

Tell us a little about Overton Gear’s history, as well as its recent activities.

It was founded by Carl Overton about 50 years ago, and we started out supplying General Motor’s Electro-Motive Division, which we still have as a customer. The company grew steadily over time, and about five years ago we expanded our heat-treat operation, moving it into a new building of its own. Then, about three years ago, we started on our present expansion, both in terms of capacity as well as our capabilities. Prior to that time, the largest diameter we produced was one meter, and we can now go up to two meters. Over the last three years we’ve invested about a million and a half annually into state of the art gear tooth grinders, basically one new machine a year, as well as expanding our hobbing capacity to get us up into the 80-diameter internal and external gear range.

How many do you employ, and what market sectors do you serve?

We currently have about 125 employees, and 120,000 square feet of manufacturing space. We serve the railroad, automotive, mining, and power generation industries–specifically in the area of wind turbines–and we ship into Europe, as well as southeast Asia.

You’ve recently completed the acquisition of Illinois Gear. What were your reasons for making this purchase?

Primarily because it allowed us to offer a completely new product line of spiral bevel gears. We had only produced parallel axis, helical, and spur gears up until that time, but now we’re able to provide a variety of custom bevel gears as well. We can produce very high-quality Klingelnberg bevel gears–which fits perfectly into our mold of manufacturing high-accuracy, high-quality gearing–and we’ve also gotten into Gleason bevel gears up to 100 inches in diameter. And with the Klingelnberg spiral bevels, we can hard cut up to an 85-inch diameter.

In what other ways has this purchase bolstered the company’s capabilities?

If you look back, most of our investment has involved gear manufacturing equipment, which we consider to be the real core of our business. But we realized that we actually had two constraints, which were in the turning and the milling and drilling areas. Up until a year and a half ago there were plenty of shops in Chicago that you could subcontract that type of work out to at pretty competitive prices, but as business began picking up everybody started to get busy, and it became more and more difficult to get quick turnarounds in those areas. Prices started to get pretty steep, as well. So the Illinois Gear acquisition–besides bringing us a whole new bevel gear product offering–also brought with it some additional large turning and milling and drilling equipment to help in some of the areas where we were seeing constraints in our parallel axis business. The purchase also bought us an even greater heat-treat capacity, with the installation of two pit furnaces to complement our line of super all-case furnaces, and it also brought in two additional quench presses.

Sounds like this purchase has really worked to Overton Gear’s advantage.

It definitely has. Prior to buying Illinois Gear we’d been growing at double-digit rates for three years in a row, and this acquisition has just accelerated that growth.