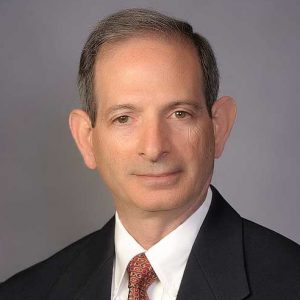 The correlation of steel cleanness to the performance of parts made from steel has been recognized by engineers for many years. This has been especially true in the design and manufacture of anti-friction bearings and the establishment of the cleanness level for needed fatigue life as “bearing quality” steel. But cleanness is important for gears as well, with many gear manufacturers adopting bearing-quality cleanness requirements. From the design perspective of the bearing and gear engineer, the challenge is deciding how much cleanness the application requires and how to specify that cleanness in the most meaningful way.

There are a number of industry standards that deal with the measurement of steel cleanness, and almost all are based on macroetch testing, fracture testing, magnetic particle testing, or light optical microscopy. The latter method involves the evaluation of relatively small areas of material at 100x magnification to usually measure just the largest nonmetallic inclusions in a prescribed number of fields (worst-field method) or for higher cleanness materials with both the size and number of inclusions in a prescribed number of fields (field-counting method).

However, a standard that covers all of these tests is ASTM E45 — Standard Test Methods for Determining the Inclusion Content of Steel. This standard was first issued in 1942 and has been continually updated since. It is an important tool for cleanness assessments for bearings, gears, and many other applications where stress and fatigue are key design parameters. One limitation with E45 (and other similar optical methods) is that, as steel cleanness has improved over the years, the methods described in E45 have become less discriminating of cleanness. This became apparent with the advances in clean-steelmaking technology years ago and has been demonstrated by bearing and gear manufacturers by life testing of steels with similar E45 values yet produced different fatigue results.

Today, there is also a growing awareness among gear manufacturers that gear failures due to a lack of cleanness are becoming more prevalent as gear-manufacturing technology advances. This is primarily due to improved surface finishes reducing surface-initiated fatigue failures that then allow subsurface nonmetallic inclusions to become the mode of failure.

So, while E45 is an important tool for broadly classifying steel cleanness, it does not go far enough in differentiating the cleanness of today’s very clean steels. It is, though, a good starting point to establish a minimum level for cleanness of the steel used in bearings and gears; it just needs to be augmented by other methods to create a comprehensive assessment of cleanness and its relationship to part performance.

The first method to establish its usefulness in this regard was ultrasonic testing. The primary advantage of ultrasonic testing for cleanness is that volume — not just area — is being evaluated, allowing much more material to be inspected than the area-based methods of E45. There are several industry standards that define ultrasonic cleanness methods, but due to their complexity, they have typically been used only by bearing steel producers and bearing manufacturers. These methods also have limitations in that higher ultrasonic frequencies are needed to detect the smaller inclusions of very clean steel. (While use of a 10 MHz testing frequency was common in the early development of ultrasonic cleanness testing, 50 MHz is now in regular use.) This diminishes the advantage of these methods in that higher frequencies have lower penetration resulting in smaller volumes inspected. As ultrasonic methods continue to evolve, however, more use of them can be expected in new and revised industry standards.

The most powerful and relatively new way of supplementing E45 is scanning electron microscopy combined with simultaneous energy-dispersive X-ray spectroscopy. This method combines optical imaging of relatively large areas (compared to E45) and the chemical analysis of each inclusion detected.

With the traditional light optical microscopy method of E45, nonmetallic inclusions are classified into one of four categories based primarily on morphology, even though these inclusion types are widely recognized by their nominal chemical composition: manganese sulfide, alumina, silicate, and globular oxide (and globular calcium sulfide in calcium-treated steels). A rating is manually determined by a metallographer comparing the inclusions in a steel specimen to size and frequency diagrams associated with E45. In cleaner steels, the ratings become lower but also less descriptive in terms of the total inclusion population due to the small area inspected.

In comparison, with scanning electron microscopy, a total area much greater than that of E45 can be automatically scanned. All nonmetallic inclusions are detected with their length, width, area, aspect ratio, and chemical composition captured. With the right software, the results can be expressed in terms of the traditional E45 ratings, but this categorization is unnecessary since a comprehensive nonmetallic inclusion characterization is generated. The resulting data is most useful (for application design) when expressed as the number of oxide inclusions greater than some critical size (defined by the stresses applied and the fatigue life expected of the application). The data can also be expressed in terms of extreme value statistics (SEV), which is the prediction of the most probable largest inclusion based on the frequency of the largest inclusions actually detected. These values are expressed as square-root area maximums — the parameter most relevant to fatigue life. Extreme value statistics is covered by ASTM E2283 and scanning electron microscopy by ASTM E1245, but there is not yet an industry standard that combines these along with the use of energy-dispersive X-ray spectroscopy for inclusion characterization.

Additional information that only scanning electron microscopy with spectroscopy provides is the pseudo-ternary phase diagram of inclusions based on their relative chemical compositions. For example, the chemical composition of oxide inclusions is often expressed as a phase diagram with aluminum, magnesium, and calcium. Knowing the relative proportions of inclusion compositions and the number of these inclusions can guide the steelmaker, as well as the bearing and gear manufacturer, in optimizing the inclusion types for specific applications.

Note: To demonstrate the value of scanning electron microscopy with spectroscopy, two “bearing quality” heats with similar chemical compositions and almost identical E45 ratings were analyzed. The pseudo-ternary phase diagram for oxide inclusions of the two heats, along with the most probable largest oxide inclusion, are shown in Figure 1 and Figure 2. 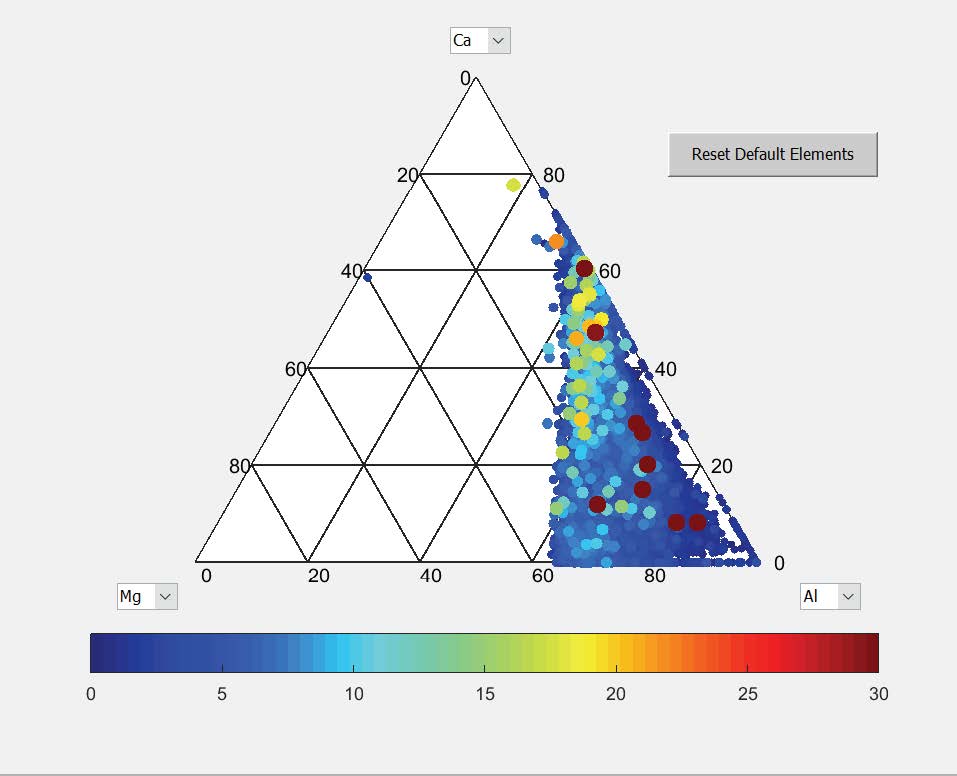 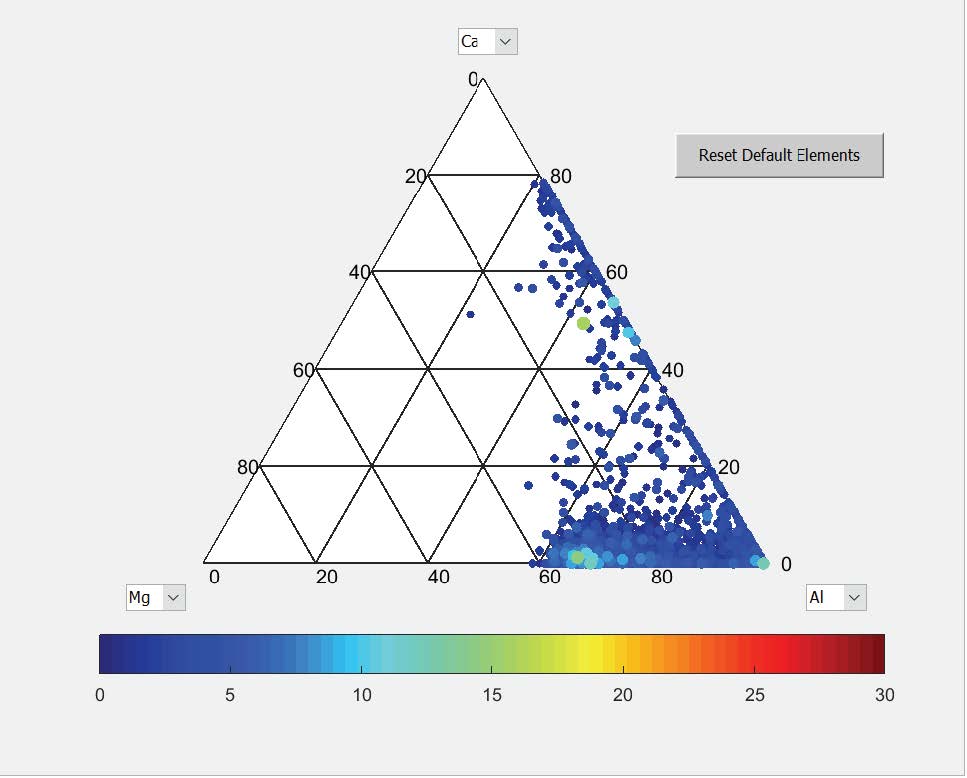 In summary, answering the question of how much steel cleanness an application requires begins with deciding how cleanness is to be measured. While all of the aforementioned measurement methods have their place, the more that cleanness determines the performance of a part, the more sensitive the method needs to be in order to more fully characterize the nonmetallic inclusion population. The conundrum is that industry standards provide for timely and cost-effective order fulfillment but lack sensitivity; more sensitive methods are relatively expensive and time-consuming.

The compromise for the bearing and gear engineer is to use an appropriate mix of both.