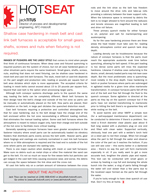 Images of pushers are the likely style that comes to mind when people first think of continuous furnaces. When deep case and fixtured quenching is required pushers are the system of choice, but not all case hardened gears or other drivetrain parts require the same treatment. Small gears, shafts, screws, nuts, anything that does not need fixturing, can be shallow case hardened in mesh belt and cast link belt furnaces. The style, mesh belt or cast-link depends on the part weight and production rate; loading or pounds per square foot of belt area dictates which style is more appropriate. The accepted criteria for loading in mesh belts cannot exceed about 15 to 20 pounds per square foot, beyond that cast belt is the option when processing larger parts.

Although both conveyor systems discharge parts to the quench the same way, loading the belts can be completely different. Mesh belt furnaces by their design have the belt’s charge end outside of the hot zone so parts can be manually or automatically placed on the belt. How parts are placed, their orientation on the belt, in large part dictates the quenched distortion result.

Cast belt furnaces requiring a protective and controlled atmosphere like that for case hardening, due to the belt design have the charge end of the belt enclosed within the hot zone necessitating a different loading method, that eliminates the manual loading option. Some cast belt furnaces where the atmosphere is meant to reduce oxygen only, have their charge end belt outside of the hot zone to facilitate more critical loading.

Generally speaking conveyor furnaces have seen greater acceptance in the fastener industry where small parts can be automatically loaded via vibratory feeders that distribute parts evenly across the belt width. Heavier parts, gear blank forgings and castings are routinely normalized in cast link belt furnaces where no or little atmosphere is required and the load end is outside of the hot zone where parts are dumped into waiting tubs.

There is one major caution when dealing with mesh or cast belt furnaces: Make sure no debris such as metal chips or other fine material like sand can get to the belt. It’s not so much an issue for fine weave belts but particles can get lodged in the cast belt links causing excessive wear, and worse, the debris can occupy the space between the link shoe and the cross rod.

All cast link belts rely on a certain amount of tolerance between the cross rods and the link shoe so the belt has freedom to move around the drive rolls and take-up rolls providing a catenary between the lower support rolls. When the tolerance space is removed by debris the belt is no longer allowed to form around the radiuses and tensile stresses are magnified leading to belt and drive roll failure.

Three primary quench media for either furnace is oil, polymer and salt for martemperting and austempering.

As for the case hardening process there are three areas the heat treater must take care for: loading density, atmosphere control and quench tank drop depth.

Loading density can be troublesome because the nature of conveyor furnaces is that the parts must reach the appropriate austenite soak time before quenching, allowing for belt speed. If the part loading is too dense some parts will miss the expected hardness. Likewise if shallow case carburizing is the desire, small, densely loaded parts may risk lean case depth. But the most problematic area is quenching; most notably in the drop depth. Case hardening in batch or pusher furnaces where parts are submerged in agitated media for a given time allow martensite transformation. In conveyor furnaces parts fall off the end of the belt and free fall through the fluid to the quench conveyor. Some agitation is directed at the parts as they lay on the quench conveyor but if the parts have not started transforming to martensite prior to hitting the belt there’s no guarantee they will while resting on the belt.

To avoid bainite and other NMTP a simple test (for a well-equipped maintenance department) can be conducted to determine if there’s a problem. You need a 6-inch diameter clear plastic pipe about 6 feet long sealed with a plumbers plug on one end and filled with clean water. Supported vertically, obviously, heat one part with a welder’s torch held on a steel pan to red then orange. When hot enough allow the part to fall through the water and observe the color of the part as it reaches the bottom. If you can still see color – this works better in a darkened area – there’s no way the part will form martensite especially in oil. If you really want to get a more accurate test, lengthen the plastic pipe and repeat. This test can be conducted with small gears or screws by heating a cup full and dumping the whole bunch into the water; a slug of parts falling through the water will cool slower than a few parts due to the localized vapor formed as the parts fall through the water.

If you’re lucky enough to have clear quench oil use that. Don’t try this at home. 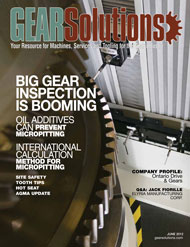