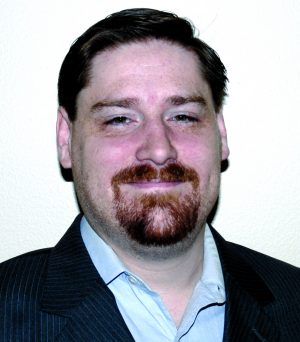 Materials and manufacturing processes have evolved to generate lighter, stronger, and more robust components to meet the demand for more efficient, highly loaded mechanical systems. The importance of the surface of these components relative to their operational performance was presented in the December 2015 Materials Matter column, “Gear Surfaces and Operational Performance.” Additionally, the lubrication of gears and bearings plays an important role in the performance of the overall system. The lubricant must be properly matched to the surface finish in order to achieve maximum efficiency and operational life while minimizing or avoiding any detrimental effects that said lubricant may have.

When gearboxes and other power transfer systems are designed, the design engineer designates the “correct” oil to use based on the theoretical characteristics of the components and their operating regimes. Proper lubrication performs many required functions — most notably, maintaining separation between components and reducing friction during operation.

In a geared system, friction is both detrimental and unavoidable. When gear teeth run in mesh, the resistance to motion is, of course, friction. This friction is generated primarily by the roughness of the gear surfaces and the viscosity of the lubricant. The energy necessary to overcome this frictional force is wasted energy.  Thus, one thing we can do to improve the efficacy of any power transfer system is to minimize energy losses due to friction.

The Stribeck Curve in Figure 1 suggests that there is an optimal choice of lubricant for a given application that will result in the lowest coefficient of friction. A lubricant must have adequate viscosity or “thickness” to maintain separation of the components and therefore reduce wear. However, as viscosity increases, the efficiency of the system in relation to the lubricant decreases due to the inherently higher fluid friction. Thus, the optimal lubricant will have the minimum required viscosity to maintain separation between the interacting surfaces.

If we consider the first law of thermodynamics, i.e., energy within a system can neither be created nor destroyed, only converted, then we must accept that the parasitic frictional losses within a geared system don’t just disappear. Rather, this energy is being converted to other wasteful forms such as heat and noise. The conversion to heat is doubly problematic as the wasted energy now alters the viscosity of the oil (reducing it), which in turn can lead to increased friction and wear due to the physical interaction or “rubbing” of the gear teeth. Thus, the specified lubricant must have an adequate viscosity to maintain separation at the predicted operating temperatures. As wear in the system increases debris in the lubricant and this debris serves to clog filters, exacerbate wear in gears, bearings, or both, lubricants tend to be specified conservatively.  Derivatively, the energy loses due to the higher viscosity lubricant’s fluid friction are commonly accepted as a necessary compromise.

To combat some of these tradeoffs relative to gear wear and frictional losses, lubricants make use of specialty additives. Lubricant companies make a great effort in tailoring their additive packages to improve the operational performance of the gear system. There are many components that can go into the base oil as additives, including anti-wear, extreme pressure, and antifoaming agents; viscosity and lubricity modifiers; dispersants; and rust inhibitors.

While all of these additives have a function, they can also have negative effects, either directly or derivatively. Additives add cost and complexity to a system. As they are consumed or degrade, their effectiveness decreases, thus reintroducing the risks that they were meant to mitigate. Ultimately, many of these additives and the use of thick lubricants are countermeasures that are being applied to overcome non-optimal surface finishes. In other words, additives and higher viscosity lubricants are not addressing the root cause of the gear system’s issues.

As discussed in the December 2015 column, the surface texture of a ground or machined component affects performance. To briefly summarize, cutting tools create “machining patterns.” A simple way of illustrating these patterns is with a series of parallel, alternating peaks and valleys (which could be classified as periodic or anisotropic), much like the plowed field shown in Figure 2. This surface texture is particularly unideal for gears during operation as each peak is positioned such that it can most easily snag on a peak from the mating gear. Thus, it is this interaction of the machining patterns on meshing gear flanks that dictates the need for higher viscosity lubricants.

Advanced surface finishing techniques aimed at reducing surface roughness have become much more common in the last few decades. Processes such as isotropic superfinishing can generate a very low surface roughness on complex geometries through a planarization mechanism. This process is discussed in the October column, “Isotropic Superfinishing,” and works by selectively removing the aforementioned peaks, forming larger and larger flat areas until all peak asperities have been removed and an isotropic surface has been generated.

By eliminating the “plowed field” texture, no peaks remain on the surface to penetrate a lubricant film. This change to the surface reduces parasitic friction created by any peak asperity interaction and all of the problems this friction creates (most notably, wear and heat). By improving the surface finish and texture of a component, the lubricant viscosity can now be significantly reduced. By reducing viscosity, the system will benefit from additional increases to efficiency as well as a reduction in trapped air bubbles in the lubricant itself (as lower viscosity lubricants tend to suffer less from this phenomenon). Further, provided that both mating gears have been isotropically superfinished, it can be expected that no peak asperities shall remain to break through the lubricant barrier. This change in operating performance will reduce wear in the overall system and will therefore increase lubricant life. Lastly, the need for complex and costly additive packages is greatly reduced, if not eliminated, as the underlying issue of non-optimal surface texture/finish has been addressed.

Lubrication has historically been the chosen solution to wear and efficiency problems in power transfer systems such as gears and bearings — probably because it was thought to be the only solution. While lubricants do represent a solution to these issues, they are not the only solution, and in many cases, they are not the optimal solution. As low roughness, isotropically superfinished gears continue to increase in prevalence, it seems likely that the more synergistic solution of addressing the surface roughness before optimizing the lubricant will become the more common path to optimizing gear systems. 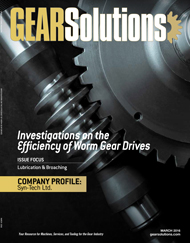