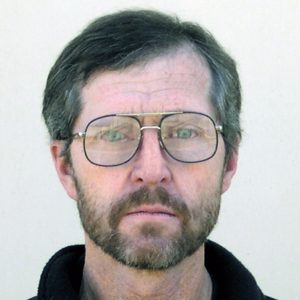 So how did you get into the deburring business?

It’s actually a pretty interesting story. I started a company in 1980, making marking and code-dating machines for the pharmaceutical and food industry, but I was also doing a bit of custom machine designing and building on the side. I had a client that built formula-one and Indy car transmissions–I’ve always had a dear love for auto racing–and they were farming out their gears at the time. One day the owner got in this beautiful hob gear, but it had all of these horrible burrs on the backside, and he said “jeez, how do we get rid of those?” We didn’t know anything about AGMA then, or that there were companies that did that type of work, so I went back to my shop and spent a couple of days designing what I believed to be a gear deburring machine. Well, we put it on the floor and it worked perfectly. It’s still running to this day, in fact.

Was that what made you decide to get into deburring full time?

Yes, it was. I started James Engineering in 1986, and when I ran a product announcement in an industry magazine, the first call I got was from Chrysler out of Syracuse, New York. We ended up selling them five machines that first year.

How did things progress from there?

I’d started the company in California, and then I moved it to Boulder, Colorado, in 1992. Then, two years later we built our first automatic machine for General Motors’ Ypsilanti facility. That was my first encounter with a customer who sent a team to visit for a preliminary runoff, and they sent an entourage of about 12 people who were from safety, the UAW, ergonomics, and there were manufacturing engineers and operators–you name it, and they were there. I was pretty apprehensive because I’d never built an automatic machine before, but we fired it up and ran four hours of production, and it never missed a beat. They had a surface checker with them, and every gear we ran off was perfect. It was just fantastic. They turned around and bought two more machines within a month, and I think we have about 19 machines at Ypsilanti currently, all basically running 24/6–and even 24/7, half the time. But that experience was really the acid test, for me, in terms of building high-performance, automatic deburring machines. It was nerve-wracking, but everything went very well.

Besides the obvious quality, what else do you think they like so much about your design?

When you’re working with huge corporations like GM, Ford, Boeing, Black & Decker, Curtiss-Wright, and Pratt & Whitney–all of which are our customers–they can’t afford any downtime, so I learned a long time ago that the best way to address breakdown situations is to have a modular design. That way, if something should go wrong, their service technician can pull the part he needs right out of the crib and be back up and running within 10 or 15 minutes. That’s the beauty of our design, and also one of the reasons that people tend to hold onto our machines. If you look through a used machines directory, you’ll never see a James machine on the market. That’s because they’re all still out there running well and doing what they were designed to do.

Well, the economy was pretty subdued back in 2001, and people just weren’t buying deburring machines. But all of the sudden, a little more than a year ago, all heck broke loose and Ford’s buying, GM’s buying, so we’re selling a lot of machines. I think the economy’s going to come back with a vengeance, because people haven’t bought any new equipment for several years, and now everybody’s in a hurry to get things going again.