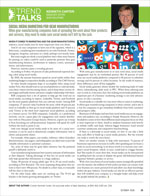 When it comes to marketing and the gear manufacturing industry, social media may be more important than you think.

And it’s an easy component to leave out of the equation, which is a little ironic, considering how inundated we are with Facebook, Twitter, Instagram, Snapchat, and more on a daily, perhaps even hourly, basis.

But some might not think a social platform that’s often more famous for posting cat videos could be used to positively promote their gear manufacturing business, involvement in industry events, announcements, and achievements.

However, statistics paint a revealing picture:

By 2020, the amount businesses spend on social media within their marketing budgets is expected to double, according to The CMO Survey.

So what should companies hope to accomplish when using social media? First, they should want to use social platforms to cultivate leads, coax those visitors into becoming clients, and to keep those current clients happy and build a better and more complex relationship with them. 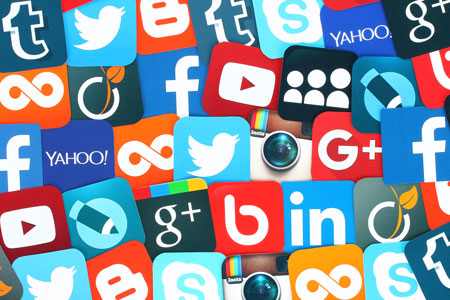 B2B companies have a lot of options to help get the word out on social media, according to experts. LinkedIn, Twitter, and Facebook are the most popular platforms that can cultivate results. Among B2B companies, 37 percent value Facebook the most, while 40 percent put stock in LinkedIn as their go-to social media platform and 15 percent rank Twitter as the third most important social platform, according to a Statista survey. For B2B companies, LinkedIn, as a professional network, can be a great place for engagement and content distribution with its Discussion Groups feature. However, experts say to keep it from becoming too self-promotional. Expertise will speak for itself without the need to point it out.

And even though social media tends to be more of a casual environment, it can be used to disseminate complex information vital to clients and potential clients.

Yes, some of those may be quite labor intensive, but the potential payoff is definitely worth it.

Gear manufacturing businesses have massive amounts of information at their disposal. Taking advantage of that fact on social media can only help spread that information to a huge audience.

Today, 90 percent of young adults ages 18 to 29 use social media, according to Pew Research. The most surprising thing about that statistic is that it isn’t 100 percent. No doubt in a short time, it eventually will hit close to that mark.

On the other hand, older users are catching up. The 55-64 age bracket is the fastest growing demographic on Twitter.

With some gear manufacturers in or near rural areas, social media engagement may be an overlooked priority. But 58 percent of rural areas use social media platforms compared to 68 percent in suburban settings and 64 percent in urban locations. In the world of statistics, those differences seem all but negligible.

Social media generates almost double the marketing leads of trade shows, telemarketing, daily mail, or PPC. When those sobering stats start to sink in, it becomes clear that making social media platforms an important part of a business’ marketing strategy is not only advantageous, it’s also a necessity.

Social media is a valuable two-way street when it comes to marketing. It allows gear manufacturing companies to share content, and it also is a way for companies to get immediate feedback from both customers and prospects alike.

Businesses of all shapes and sizes base social media success on engagement and audience size, according to Simply Measured. However, the breakdown comes in how those different sized companies focus on what is most important to them. Small to medium businesses look heavily at website traffic and leads, whereas bigger businesses trend toward customer satisfaction and competitive benchmarking.

If there is a downside to social media, it’s this: It can take a little time and effort to build up a social media presence. But the rewards can make it worth the extra hours.

Here’s yet another statistic to help with motivation: 74 percent of businesses reported an increase in traffic after spending just six hours a week on social networking. Is six hours worth it to increase your company’s social footprint, which, in turn, could lead to a bigger bottom line? But maybe it’s more than that. Social media can be instrumental in pulling back the curtain to display the good, old-fashioned human ingenuity behind a product or service.

With a few extra hours of social media content strategically sprinkled over the internet, the millions of web surfers out there can connect with your business on a more personal level and allow you share knowledge within the gear industry. Social media can also be an effective partner that will establish your company as a thought leader and help reveal the people behind the product.