LOL, BRB, and LMAO are some of the terms that you might text to your teenager if you want to seem cool with their lingo. Unfortunately, you are more likely to invoke a CD9, P911 or PRW if you invade their space. If you don’t know what these mean, then you are at a huge disadvantage to understanding your child and the world they exist in. This occurs within the gearing world, also. Not knowing the correct terminology about gears can lead to a difficult conversation between a designer and a gear manufacturer.

The fundamental term in metric gearing is the designation of pitch. This is called the Module and is detailed as m. Other key values are the Pressure Angle (α) and the Number of Teeth (z). These are the core values that drive the geometry of the gear. (Figure 1)

From these values, we can determine the Center Distance (a), as it is derived from the formula:

We can also derive the Reference Diameter (d), which is also known as the Pitch Diameter. The formula for this value is:

The Base Diameter (db), is used in the manufacture of the gear. It has a formula of:

Additional items that can be calculated are the Addendum (ha), and the Tooth Depth (h). These are derived from:

With these two values, we can calculate the Tip Diameter (da), also known as the Outside Diameter, and the Root Diameter (df). These are derived from:

The bore is the hole into which the motor shaft is inserted. For some gears, the gear is already mounted on a shaft and thus the need to specify the bore does not exist.

The hub diameter is the outermost diameter of the boss that projects out of one or more sides of the gear. It usually functions as a shoulder to which the bearings are matched to. Its relative, the hub projection, is the distance from which this diameter projects from the gear face. If a gear is produced “A” style, then it does not have a hub.

The face width is the distance across the gear teeth, in the direction perpendicular to the Reference Diameter.

The keyway width is the value of the horizontal portion of the slot in the bore. The distance that this slot projects out of the bore, towards the Root Diameter, is the keyway depth. Not all gears are produced with a key slot, so these dimensions are not always present.

Other terms that are specific to certain types of gears are Toe & Heel, Throat Diameter, Helix Angle, Spiral Angle, and Direction of Hand.

With miter and bevel gears, the portion of the tooth that exists at the outermost diameter is known as the heel, and the portion of the tooth that is nearest to the bore is known as the toe. For spiral bevel and spiral miter gears, the angle at which the teeth twist is the Spiral Angle, and the direction in which that spiral occurs is the Direction of Hand. This value can be either Left hand, if the tooth curves counter-clockwise, or Right hand, if the tooth curves clockwise.

Worm Wheels have an additional geometric feature in the tooth mesh. The depression into which the worm is seated is the Throat. The measure of this feature is the Throat Diameter. The inclination of teeth in a worm gear mesh is the Helix Angle. Both the worm and the worm wheel must have the same Helix Angle in order for the pair to mesh at 90 degrees. Worms and worm wheels also have Directions of Hand. Whereas a bevel gear set must have one Left hand and one Right hand member to engage, worm gear pairs must share the same direction of hand in order to work.

Hopefully, armed with this knowledge you will be better able to communicate your gear requirements with your gear supplier and you won’t have to worry about HHIS because @TEOTD IDK gearing. 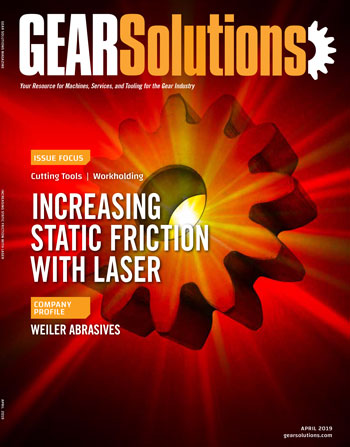