Have you ever used GPS software to find the best route to get you to a place that you have never been before? If you have, do you follow the exact directions or do you find that there are anomalies (emergency roadwork, a parade, flooding) that require you to deviate from the original path of travel? Or have you found that the directions suggest that you turn onto a railway or maybe the wrong way down a one-way street? With gearing, you won’t need GPS to figure out the path of motion because each style of gearing operates the same each time.

Spur gears, which are the most common form of gearing, operate in pairs. If you rotate the input gear clockwise, the mating gear will operate counterclockwise. Conversely, if you operate the input gear counterclockwise, then the mating gear will operate clockwise. With a spur gear pair, the direction of input does not change the performance of the gear in any manner. However, if the input gear changes direction regularly, the backlash in the pair will cause some rotational misalignment.

Bevel gears also have the same rotational relationship. If you drive the pinion clockwise, then the gear will rotate counterclockwise. When the bevel gear pair is straight tooth, then the axial forces of one gear are identical to the radial forces of the mating gear as noted in Figure 2.

As detailed in Table 1, if the drive pinion is rotating clockwise, then the concave tooth surface will be meshing with the convex tooth surface of the right-hand mating gear. If you reverse the direction of the input gear, the tooth surfaces that interact reverse as well. Due to this reversing, you need to consider the location and size of the thrust bearings in your spiral bevel gear assembly. If the axial forces are positive values, then the gears will try to push themselves apart. Conversely, if the axial forces are negative values, then the gears will pull themselves into the mesh. If thrust bearings exist only on the hub side, then reversing the rotation will cause premature wear to the gears (Figure 3).

There are some situations where you would not want a gear system to reverse direction. In these cases, there are two solutions that you can consider. One solution is to use a worm gear pair. If the lead angle of the worm is significantly small and the coefficient of friction between the worm and worm wheel remains small, then the worm gear pair will exhibit a phenomenon known as self-locking. This phenomenon is not an absolute and should be used with extreme caution as the worm wheel can still fail if significant torque is applied. (Figure 5)

Another method to make certain that you have a unidirectional drive is to use a ratchet and pawl. By installing the ratchet in the direction of desired rotation and the pawl in the opposing direction, you can stop the driven gear from rotating in drive gear. (Figure 6)

As detailed in the previous examples, gears can be designed to operate in one direction, or they can be operated bidirectionally. In each case, the design needs to consider both the input rotational direction, and the desired output rotational direction. If the gear system includes helical or spiral angles, the thrust loads will also need to be reviewed in order to determine the proper bearings and their location. Unlike a glitchy GPS system, gearing will never direct you the wrong way down a one-way street. 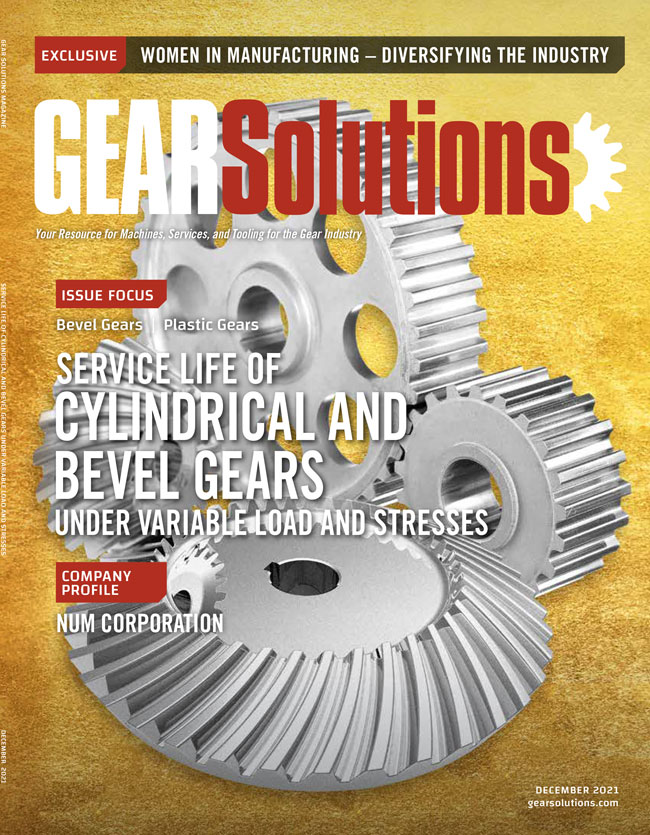