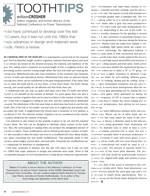 An essential part of the gear art is in selecting the correct hob for the required gear. The hob diameter, length, number of gashes, material, feed and speed, and need to be chosen are based on the desired accuracy, the material, and hardness of the gear. The cutting action comprises an unused length of hob, a roughing section, the generating section, and the moving length where the next hob teeth are entering the cutting zone. Multi-thread hobs also have limitations on the minimum and maximum number of teeth and diametrical pitches. Multi-thread hobs have an inherent thread spacing error, which can be transferred to the gear being generated. If the same feed rate is used, the teeth will be cut two, three, or four times faster. The finish, thread spacing, and overall quality are all affected and that limits their use.

Hob selection is also based on the quantity of gears to be cut, and the required surface finish. The hob can be designed to eliminate sharp corners at the teeth tips. Also, the semi-topping or topping hobs can produce the designated amount of chamfer or radius. These modifications will be limited by the gear’s number of teeth. It is also possible to alter the basic rack form to a modified-tooth form. Many studies take place concerning the hob profile modifications. They generally relate to hob oversize, swivel angles, normal pitch, and axial pitch. Frequently the modifications are to compensate for distortion or misalignment.

Hobs have continued to develop over the last 150 years, but it was not until the 1980s that major advances in design and materials were made. There is still considerable pressure on tool manufacturers to bring about continuous improvement. Gear manufacturers now have many choices in hob designs, materials and their coatings, and the decision to wet or dry hob. The volume of a hob with protuberance is considerably greater than a standard hob. This hob is a roughing cutter as it is normal practice to grind the tooth flanks after a gear has been protuberance hobbed. The hob’s tooth tips have protuberances that produce an undercutting in the root of the tooth. The undercut provides clearance for the grinding or shaving wheel. It is also necessary in preventing stresses that arise from the generation of grooves during the finishing operation. Modern hobs are made from carbide or with powder metallurgy. High speed steels are coated and, with current technology, the high-speed hobbing of hardened gear teeth is both economical and precise. Coated carbide hobs have mostly replaced the formerly commonly used high speed steel (HSS) tools because of the higher cutting speeds and feed rates. Solid carbide materials have been divided into applicational groups by ISO. Gear cutters are in either a “K” or “P” group. The K group have a higher resistance to abrasion, longer life, and are better for soft hobbing. Different grades are used for hobbing, skiving and dry cutting. Group P has a higher temperature resistance and are used for dry cutting. In recent times developments allow the use of an involute gear generating hob for skiving fine and medium pitch gears. Hobs developed for skiving fall into two categories, 10 DP or coarser have a negative rake cutting face to relieve the shock loading and are usually with protuberance, finer pitches do not require this design.

There are some differences between worm and spur/helical hobs. Worms can be of either hand, and the hand of the hob must match the hand of the worm. They have, in theory, a diameter equal to the diameter of the worm being generated. Each sharpening will reduce the diameter and, in order to have a useful life, a somewhat oversized hob is used. The hob is considered unusable when it becomes undersized. To achieve uniformity in even ratio worm gears, a worm gear hob will be made with one more thread than the worm. A seven-thread hob would be used to cut a six-thread worm. The amount of oversize would then be one-sixth of the worm pitch diameter. The pitch diameter and lead would be proportionally increased to retain the original helix angle and achieve a proper contact area.

The axial pitch of the worm is matched to the hob’s transverse circular pitch. Ratio, lead, dimensions, and center distance specify the worm gear pair, and a hob is obtained to match those specifications. They are built to sweep out the throat radius during the hobbing process.