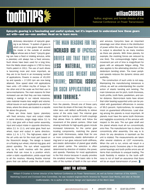 A dictionary description of epicyclic gearing is as follows: “A system of gears in which one or more gears travel around the inside or the outside of another gear whose axis is fixed. ” Epicyclic gearing can have a fixed or rotating annulus, while a planetary unit always has a fixed annulus. Such drives have been used for a long time, from the Watts steam engine in 1785 to Henry Ford’s patent in 1911. The use of such drives is becoming more and more important, as they are to be found in an increasing number of applications. Powers in excess of 45,000 hp and speeds > 17,000 rpm are now being attained. Slow speed steel mill applications have units >25 million ins/lbs of torque. On the other end of the scale we find their use in servo–mechanisms. The main reasons for their increased use are that they use less material, making a savings in our natural resources. Less material means less weight and volume; critical issues on such applications as wind turbines, where the drives are located in a nacelle far above the ground.

There are three basic types: planetary with fixed annulus, input and output rotate in same direction, single stage ratios 3;1 to 12:1; star gear with a fixed carrier assembly, input and output rotate in opposite directions, ratios 2;1 to 11:1; and solar gear, fixed sun wheel, input and output in same direction, ratios 1;1 to 1.7:1. The high–power, state of the art units are for the most part based on the Stoeckicht design. The design is based on a floating sun wheel, internal ring gear, and planet spindles. The sun wheel supported only by its teeth meshes with the planet wheels that can move to a position which, under a static equalibration, yields equal load to all the meshes. Allowing flexible internal gears that can deflect under the tooth loads from the planets. Should one of these carry more than its share of the load, the rings—i.e. roller race—will deflect sufficiently to relieve some of the extra load. The internal gear rings are held by a system of tooth couplings that allows them to deflect and follow the movement of the planet carriers. Other load sharing methods for high–quality gears include increased tolerances for the carrier gear locating components, matching the planet gear tooth thicknesses, radial float for one or more components, elastic deformation of ring/and or sun gear, reduced tooth stiffness, and elastic deformation of planet gear shafts and planet carrier. The selection is often determined by direction of rotation, the power, and speeds. Planetary for most applications is the first choice because it usually provides the smallest envelope. The basic ratio is the ratio of the number of teeth in the sun wheel and annulus. Epicyclics have an important advantage over other drives in the distribution of power within the unit. The power from input to output is absorbed by as many meshes as there are planets. With three planets, for example, the meshing forces are reduced by one third. The correspondingly higher rotary movement per unit of time is insignificant for gears with an adequate fatigue rating. This also applies to the alternating direction of the dedendum bending strain. The lower peripheral speeds reduces the dynamic stress and audibility.

The construction of such units is not easy. Maintaining the manufacturing tolerances is critical, as well as understanding the counter action of elastic bending and twisting. The main tolerances are for pitch, tooth thickness, tooth profile, tooth flank, parallelism, and center distance. Back–to–back tests have shown that roller bearing supported units can be provided with guaranteed efficiencies in excess of 99.5 percent. Hydro–turbines, for example, insist on guaranteed efficiencies. Load sharing among the planets is most important. All planets must have the same tooth thickness and negligible eccentricity of the annulus with respect to the axis. The sun gear shaft and the planet wheels must all run concentrically error free. The manufacturer has to check the concentricity after assembly. One way is to check for any deviations in backlash as the unit is rotated. The measurements are taken after several rotations at 120? increments. When the unit is run, errors will result in a pulsating sound. Excessive play in the planet carrier bearings and tooth profile errors are all items that contribute to unequal loading. The tooth flexibility in relation to the tooth stiffness is not of itself an assurance that there will be an equal transmission of power.