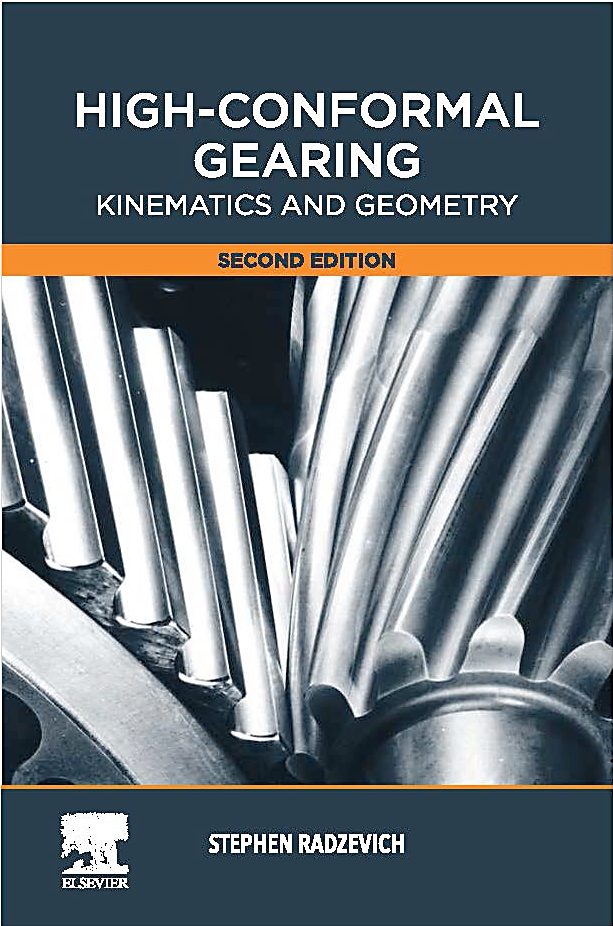 The second edition of High-Conformal Gearing, by Dr. Stephen P. Radzevich, continues to address the kinematics and the geometry of conformal (Novikov) gearing and high-conformal gearing. The book deals with gears that feature convex-to-concave contact of the tooth flanks of a gear and a mating pinion. Gears of this type are commonly referred to as conformal gearings. Novikov gearing is the most widely known example of conformal gearing.

This book aids mechanical, automotive, and robotics engineers specializing in gear design with successfully transmitting a rotation. It also serves as a resource for graduate students taking advanced courses in gear design.

The book is designed to be useful to advanced mechanical/manufacturing gear engineers from all branches of the automotive industry, graduate and postgrad students in mechanical and automotive engineering, R&D and research labs.

Radzevich is a professor of mechanical engineering, and a professor of manufacturing engineering. He received his M.Sc. in 1976, Ph.D. in 1982, and Dr.(Eng)Sc. in 1991, all in mechanical engineering. Radzevich has extensive industrial experience in gear design and manufacture. He has developed numerous software packages dealing with computer-aided design (CAD) and computer-aided machining (CAM) of precise gear finishing for a variety of industrial sponsors. His main research interest is the kinematic geometry of part surface generation, particularly with a particular focus on precision gear design, high-power-density gear trains, torque share in SPTS (in split-power-transmission-systems), design of special purpose gear cutting/finishing tools, as well as design and machine (finish) of precision gears for low-noise and noiseless transmissions of cars, light trucks, and so forth. Radzevich has spent 40-plus years developing software, hardware, and other processes for gear design and optimization. Besides his work for industry, he trains engineering students at universities and gear engineers in companies.