Grinding can reduce noise and vibration and can help improve gear efficiencies for electric vehicles.

With the ever-increasing cost of gasoline and growing desire to help the environment, it is no wonder that the move to electric vehicles is gaining tremendous momentum. Auto makers are actively pushing to roll out their all-electric offerings even sooner than the initial target date of 2040. To support the push to electrify, the supply chain supporting these vehicles is seeing huge investments, particularly in the manufacturing of drivetrain components. For example, incorporating gearboxes in eVehicle propulsion systems helps vehicle manufacturers improve the drive system efficiency. This enables an increase in the range and performance of the vehicle, while keeping the same size batteries, motors, and propulsion components. This could also allow for the use of smaller batteries and motors, while still maintaining the same range and performance of their current systems.

Due to the lower vehicle noise levels generated by electric vehicles, drivetrain system components need to meet lower noise, harshness, and vibration (NHV) levels than their ICE (Internal Combustion Engine) counterparts. To achieve this reduction in NHV and extend vehicle performance, drivetrain manufacturers are tightening tolerances for finish, concentricity, roundness, runout, and profile tolerances on shafts, bearings, and gears. As the tolerances on these drivetrain components tighten, traditional machining and turning processes are often replaced with grinding due to its ability to meet these more stringent requirements.

Historically, gear manufacturing used hobbing processes to continuously generate gears much faster than grinding one tooth at a time. This process could produce gears quickly, but not to the precision levels required for the new transmissions and gearboxes of today. Broaching is another traditional method of gear production, but typically it is set up to do one tooth at a time, and often requires high upfront investment in equipment. To meet today’s higher quality standards for reduced gear noise as well as improving the efficiency of the power transmission, gear designs are incorporating finer tooth surface roughness and more precise tooth profiles, which are often being manufactured with grinding wheels.

Using grinding wheels to generate a gear has many advantages over hobbing and machining processes. First, because the grinding wheel consists of hundreds to thousands of cutting points, the chip size is significantly smaller than in hobbing. As a result, it is much easier to reach finer surface roughness values with grinding. This has to do with the differences in how the grinding wheel generates a chip compared to a cutting tool.

As an abrasive particle moves across a workpiece, a chip is formed as shown in Figure 1. Smaller abrasives generate smaller chips, and smaller chips result in smoother finishes on the workpiece. When compared to traditional cutting tools such as hobs or end mills, abrasive grains are typically orders of magnitude smaller, which is why they often produce superior surface finishes. Grinding wheels are offered in a range of abrasive grain sizes based on the target surface roughness and form holding requirements. 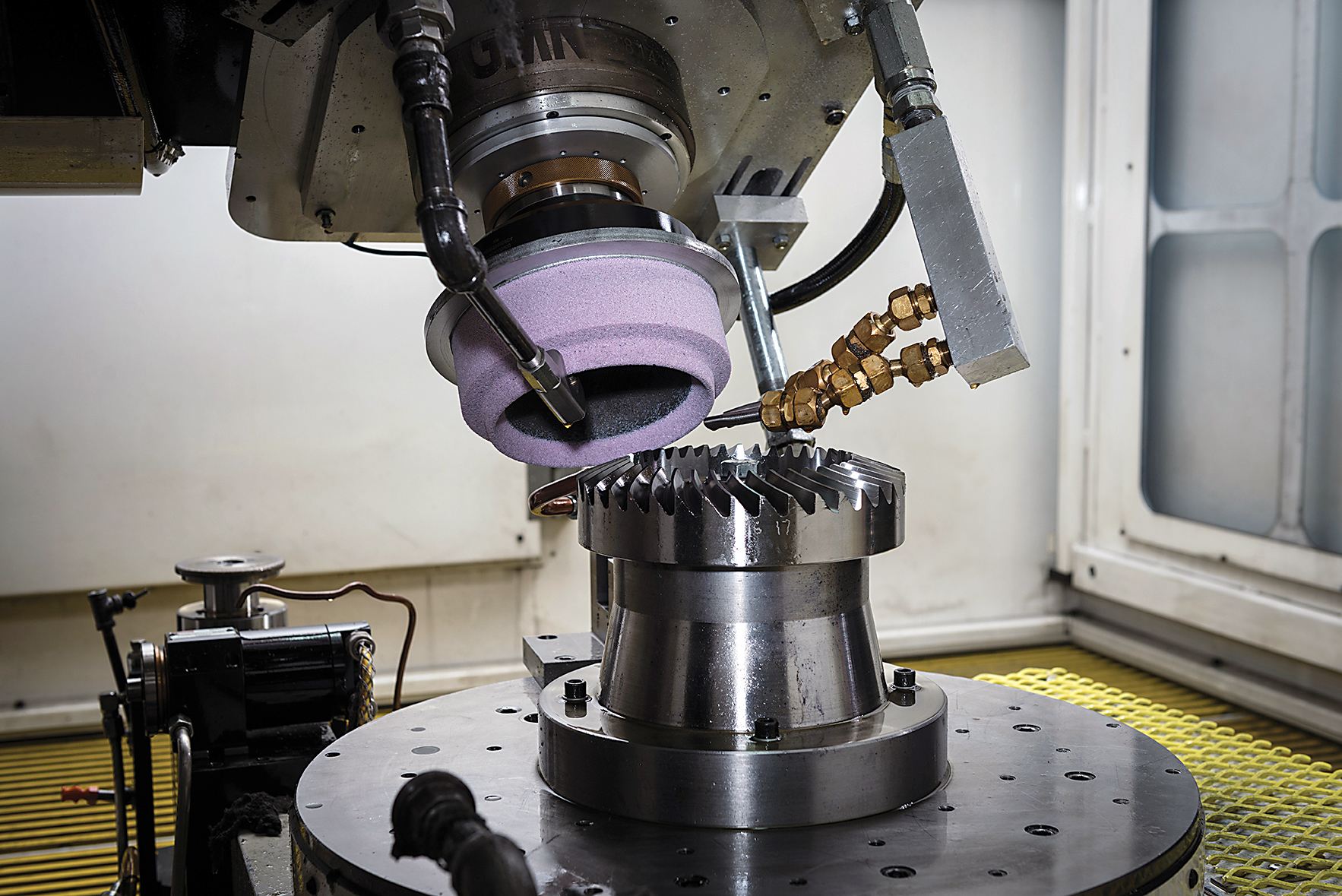 There are differences between grinding vs. shaving processes to produce finished gears, and their impact on the (predicted) radiated gear noise. Tests have shown that grinding is able to generate the lowest noise levels (i.e. closest to nominal target) of the two processes. This is typically attributed to controlled micro-geometry within the gear tooth and lower roughness values achieved through grinding.

Due to the aggressive wear on the surface of gear teeth, the teeth are often heat treated to a specific hardness range to improve abrasion resistance and extend the life. Hardness values range from 56-64 RHC, with many falling around 58-62 RHC.

The internal core of the gear and gear teeth are typically softer (45-50 RHC) to allow for some forgiveness and reduce the likelihood of brittle fracture. Due to these heat-treatment processes, grinding wheels are often well suited for removing material in the case-hardened layer because they take advantage of very hard abrasive grains (such as aluminum oxide, silicon carbide and CBN/diamond in some cases). Due to their higher hardness, these abrasives are much more efficient at removing case-hardened material than cutting tools.

As shown in Figure 2, abrasives can be 1.5 to 4 times harder than hardened tool steels or carbide, which allows them to last longer and wear less when grinding hardened materials. This reduction in abrasive wear can be helpful in controlling profile variation within a gear.

New ceramic grains such as Norton Quantum Prime have also been specifically engineered to meet the demands of improved finish and control of the profile variation in the gear grinding. By controlling the chemistry and microstructure of the abrasive itself, these engineered ceramic grains have a very precise ability to micro-fracture or to chip off in very small pieces during grinding. This provides two benefits in gear grinding. First, it allows excellent control of the sharpness of the grains, allowing the wheel to stay sharp as it wears, which helps reduce heat, maintain profile longer, and hold tighter tolerances. Second, the micro-fracturing nature of the grain produces smaller chips, improving part surface finish compared to prior generation engineered grains.

The shift from machining to grinding to meet the strict requirements for lower NVH in EV drivetrain components has significant advantages. Like hobs, worm grinding wheels are often used to produce gears faster than single-tooth profile grinding. But due to the harder abrasives and higher concentration of cutting points, worm-grinding wheels can produce parts with lower surface roughness and tighter profile tolerances than hobs are able to achieve.

Because of their controlled fracturing, engineered ceramic abrasives have also helped to achieve a step change in profile holding and surface roughness consistency compared to the prior generation of grains. These advancements in abrasives have contributed in solidifying grinding as a go-to strategy for producing the drivetrain components of today’s modern EVs. 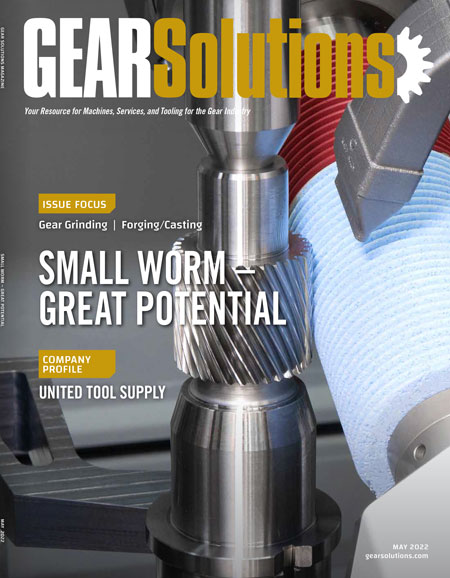