We all pretty much know that profile shifting is used to create gears with tooth thicknesses that are different from standard gears. By making the tooth thickness of involute gears thicker or thinner, you can change gear strength and / or the center distance of gear pair. Profile Shift or “addendum modification” or “correction” is simply the displacement of the basic rack datum line from the reference diameter of the gear. A positive profile shift increases tooth thickness, which in turn makes the tooth more resistant to bending and the curvature of the profile decreases so that the contact stress is also reduced. A negative profile shift decreases tooth thickness; however, this has an opposite effect on tooth bending stress.

One way to think about profile shifting is that it’s similar to increasing the number of teeth in a gear. If we look at Figure 1 (and many of you have seen this before), we can note that as the number of teeth is increased from 10 to 200, the undercut reduces and then is almost completely eliminated. The curvature of the tooth increases; it still an involute, but one with an ever-increasing instantaneous radius of curvature.

The distance between the production pitch circle and the tool reference line is called the profile shift. To create a positive profile shift, the tool is not plunged as deep into the gear blank, creating a tooth that is thicker at the root and narrower at the tip. A negative profile shift is defined as plunging the cutting tool deeper into the gear blank, with the result that the tooth root is narrower and undercutting may occur sooner as a function of total number of teeth. In addition to the effect on tooth thickness, the sliding velocities will also be affected by the profile shift. As a function of a positive profile shift (or coefficient) the radius of curvature of the involute increases with increasing length — meaning the greater the diameter (above the base circle), the larger the instantaneous radius of curvature is. This translates into a “flatter” tooth surface. Remember that contact stress is a function of both the normal load applied to the tooth surface (flank) as well as the required amount of localized elastic deflection (reduced Hertzian contact stress) required as a function of material properties. Stated another way, the lower the effective pressure angle, the larger the contact patch that can be generated as an elastic deformation.

A fixed profile shift coefficient is intended to balance specific sliding of the two gears in mesh. This is done in conjunction with optimizing the center distance with respect to balanced sliding. This methodology calculates the center distance in such a way as to balance gear pair specific sliding (for cylindrical gears) for a specified profile shift. Generally, you should also perform this calculation considering tip alteration recommendations as specified in DIN 3960. You will also find more information regarding this in DIN 3992 recommendations for well-balanced tooth geometry. 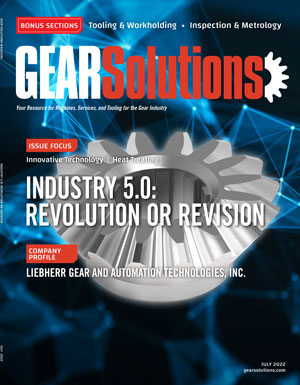