When forging operations need to expand production to meet increased demand for existing parts or to add new product lines, selecting from the available options to bring new equipment online can be challenging. Ultimately, the decision involves striking a delicate balance between fitting within budget constraints and accepting what can often be very long lead times.

Forging machines, by design, are massive pieces of equipment that weigh between 25 and 300 tons and rise 10 to 25 feet above the production floor. Despite the violent nature of the forging process, the equipment is designed and built to last decades, and it is not uncommon to find equipment from 50 or more years ago still in use.

Unfortunately, this can be both a blessing and a curse when it comes to purchasing new equipment. The sheer size and complexity of the machine means that even items such as the massive cast steel frame can take six to eight months for delivery — not including the four to six months to install all the internal parts and components.

Given the longevity of the equipment, the other option is to purchase used forging equipment and have it rebuilt or remanufactured. This can speed delivery by as much as six months and reduces the impact on the budget, but the dwindling worldwide supply of used equipment is increasingly taking this option off the table.

The only other alternative is to simply repair out-of-commission units and/or to squeeze additional production by incorporating more automation in existing forging equipment.

Regardless of the choice, one thing is clear: Those in the industry are taking a closer look at each of the four options available — repair, rebuild, remanufacture, or new — as well as each option’s advantages and challenges.

The most immediate option to bring forging equipment online is simply to repair existing equipment or out-of-commission units. This often comes down to locating adequate replacement parts, which can be quite difficult.

The tremendous longevity of horizontal and vertical forging equipment can create unique challenges for a forging operation when a part they need to replace was built decades ago. Is the original equipment manufacturer (OEM) still in business? Does a drawing of the part still exist? Can a local machine shop replicate it?

“Sourcing spare parts can be an ongoing problem,” says Wade Ferguson, maintenance manager at Modern Forge Companies, LLC, a hot steel forging company in Blue Island, Illinois that operates five manufacturing facilities with more than 25 production forge units. “We probably run hammers tighter than what would ever be specified. And together with our high volume of forging, at times we are scrambling to make or find spare parts.”

To produce engine valves and other motorcycle parts for customers such as Harley Davidson, Modern Forge uses Chambersburg (CECO) die forgers that date back to the 1980s and weigh between 20 and 50 tons.

So, when Ferguson heard that Chambersburg was in bankruptcy many years ago, his first reaction was “what the heck are we going to do for parts?” Fortunately, he had some replacement parts in inventory and was able to salvage parts from two offline units. Like other forging operations, he also sent some parts out to be reverse-engineered and machined.

This comes with some unintended risk, however. Machine shops often do not have access to critical specifications about high-wear parts, including the material grade of the steel, the heat-treating process used, and tolerances that all were engineered specifically for that piece of equipment. The result can be parts that fail prematurely or wear much faster.

So, when Ferguson learned the Park-Ohio Company had acquired the intellectual property rights to all Chambersburg and Ajax Manufacturing equipment in 2005, he contacted them. Ajax-CECO, as the company is now known, is one of the oldest manufacturers of forging equipment, having begun operations in 1875. In its more than 140 years, the company has built and put into production more than 6,000 horizontal and vertical units of forging equipment.

Fortunately, the provenance of forging equipment for both Ajax and Chambersburg equipment has been well maintained, including the original drawings, bill of materials, and service manuals.

“They have very good, detailed information that Ajax-CECO carried over from Chambersburg, which is really advantageous for us,” Ferguson said.

In addition, some OEMs such as Ajax-CECO offer stocking programs for long lead time items such as main gears, centric shafts, rams, frames, and anvils that most customers will not stock due to the cost. In this type of program, the part is held in inventory for the customer. The customer pays a percentage of the cost and then the balance when they take possession of the part — even if years later.

“Ajax-CECO is good about putting a spare part on the shelf for me and not charging (the full price] for it,” Ferguson said. “It is in their inventory until we need it, and then we pay the balance. I’m talking about expensive parts, too.”

A step-up in order of magnitude from a repair is a rebuild of the forging equipment. In a rebuild, all high-wear items such as bearings, bushings, seals, and liners are replaced to get the machine in good working condition. The frame is inspected and repaired, if necessary.

Given the extent of the work involved, however, this approach represents a significant investment in time. Rebuilds can take six months, depending on the number of components involved in the project. While this is a significant amount of time, a rebuild can save an operator six months or more in comparison to purchasing new equipment. This approach also reduces the overall cost to bring the equipment online.

Rebuilds can be approached several different ways. The forging equipment can be sent to the OEM for rebuilding; the OEM can send repair personnel to the manufacturer’s facility to rebuild equipment on-site; or the OEM can supervise a rebuild by maintenance staff. This allows the in-house staff to ask questions and better understand the operation of the equipment they are maintaining.

At the Eaton Corporation forging operation in Kearney, Nebraska, the company operates 26 Ajax-CECO 100-ton to 1,300-ton forging presses. Eaton remains one of the top producers of engine valves and precision gears in North America.

Although some Eaton plants purchase rebuilt equipment from companies like Ajax-CECO, the lead maintenance manager at Eaton, Randy Kreutzer, sees the value in rebuilding the equipment in house with components sourced from the OEM.

“I like the experience the maintenance staff gets from rebuilding the equipment,” Kreutzer said. “That way, when future repairs are required, the time frame to complete them is much shorter.”

In addition, Eaton often incorporates automation upgrades that speed production in rebuilt equipment. Today, many of these manual tasks are instead being replaced with the mechanical “hand” of a robot or by integrating servos that can lift, insert, and deposit materials. Even tasks such as automated tooling changes can be completed with the push of a button.

By doing so, tasks that were once performed manually — such as moving heavy steel rods, pipe, and other stock in and out of equipment — are now automated to improve worker safety. Not only does this create a safer environment for forging operators, but productivity is increased.

Sometimes only the cast steel frame of the forging equipment is salvageable, in which case all the internal components can be replaced in a full remanufacture of the equipment. Given the extent of the work required, a remanufactured forging unit can still cost 85 to 90 percent of new equipment, but delivery time is reduced by about six months. However, when it is finished, a remanufactured machine comes with a new machine warranty.

In essence, a remanufacture saves the cost and the time of acquiring a new cast frame. The frame on a 3-inch upsetter press weighing 55,000 pounds, for example, could take six months, plus another month for shipping from overseas.

As with a rebuild, a remanufactured forging unit can include a variety of automation option upgrades.

While the “buy new” option may offer a forging operator the most confidence in long-term performance and the most tailored solution to their forging needs, it also has the longest lead times. Moreover, a manufacturer will need to plan on approximately one year to take delivery of a new piece of forging equipment.

When it comes to new forging presses, Kreutzer cautions quality can sometimes be an issue when sourcing from overseas sources.

“We like Ajax-CECO presses for their quality, and even prefer to rebuild that equipment instead of pursuing some other options out there that will not perform or last as long,” he said.

New equipment also gives forgers the opportunity to take advantage of the most advanced automation options available today. For example, entire forging line “cells” can be created that include sophisticated communications that report production rates and machine performance back to company networks.

Some forging operations even hedge their bets by using more than one strategy. Given the shortage of available used equipment and the lead times, some customers order a new machine while another is being remanufactured. Others get quotes on new equipment while continuing to seek out used equipment opportunities as they arise.

Regardless of the approach, forging operations have a lot to consider when attempting to meet increasing production demands. Whether repair, rebuild, remanufacture, or new, bringing forging equipment online requires careful consideration and foresight, as well as a more complete understanding of the options.

“You have to constantly keep a look-out for equipment, worldwide, and do your price comparisons to ensure you stay within the budget,” Kreutzer said. “Usually, when we are acquiring in new equipment, it is well into the future, so we have adequate time. But there are always timelines that must be met. So, as a company, we have to consider all the available options.” 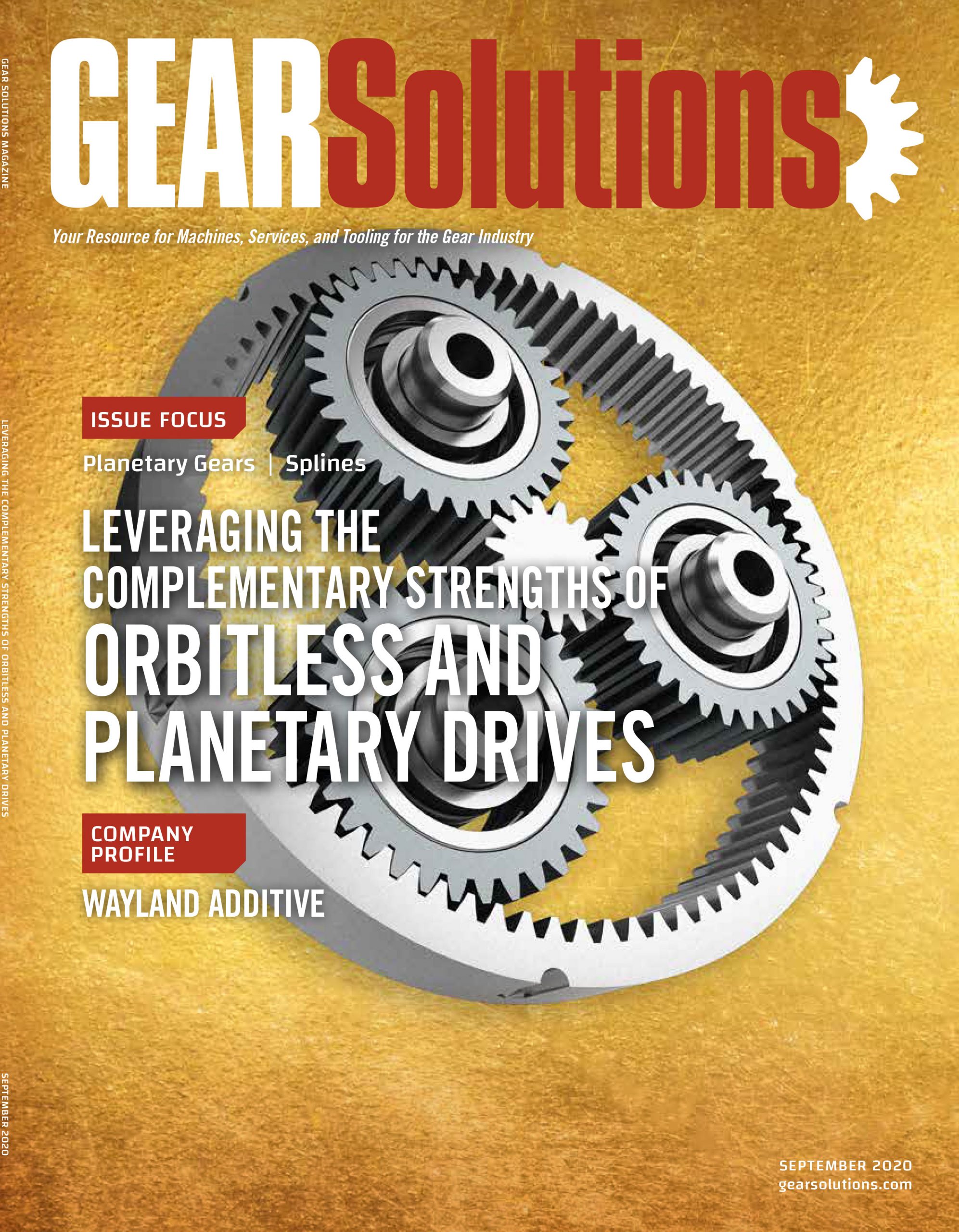