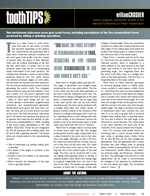 There is a wide choice in tooth forms, each form with its own share of merits and demerits depending on the application. Several forms are associated with a trade name. Under the optimum conditions for any worm gear tooth profile, only line contact is present when two gears of finite diameter mesh and are rotated. Depending on the flexing that takes place a contact area is only produced under load and by a corresponding elastic deformation of the tooth surfaces. The rotating worm develops a series of rack profiles advanced along its axis. The center section has identical pressure angles on both sides, but off-center the sections lose their symmetry. The hob has an identical series of rack sections generating the worm’s teeth. The conjugate action being the same as that between a rack and a pinion. It is the worm’s geometry that decides the type of tooth form that is required.

Early on worm gear design fell into one of three groups: non-throated, single-throated (cylindrical), and double-throated (globoidal). Non-throated worm gears only have point contact. The teeth are not curved and do not envelop the worm. Any load will produce rapid wear, and to all intents and purposes this group can be ignored. ISO made the first attempt at cylindrical worm standardization in 1968, resulting in five forms being standardized in ISO and AGMA’s 6022-C93. These five are designated ZA, ZN, ZK produced with a milling cutter, and ZK and ZI with a grinding operation. The thread forms are closely related to the manufacturing process:

• Type of machining; e.g. turning, milling, and/or grinding
• The shape of the edges or surfaces of the cutting tool
• Position of the tool relative to an axial plane of the worm
• Where relevant, the diameters of disc type tools or grinding wheels

Flank Form A: straight sided axial type ZA—The angle of generation and straight shape producing line lie in one axial section. The line of the cutter and the tooth flank generator of the worm coincide, cutting the worm axis. The thread flank is always a straight line in the axial plane. A trapezoidal cutter has its edge lying in the axial section and can cut both flanks simultaneously. The form can be produced with a straight sided lathe tool, milled, skived, or ground. Another method is the inversion of the process of cutting a helical gear with a rack cutter. A grinding wheel or rotary milling cutter with a convex profile. In the transverse section the profile is part of an Archimedian spiral. A trade name associated with this form is “Durand.”

Flank Form N: straight sided in normal plane of thread space helix type ZN—The straight producing line and the angle of generation lie in a plane inclined to the worm axis by the reference lead angle. Although, as with a ZA form, the cutter form and tooth line coincide, they do not in this form cut the worm axis. The cutter is set at the level of the axis so that the cutting face lies in the inclined plane of the lead angle. The form can be produced with a conical milling cutter/grinding wheel or skiving. A suitably profiled cutter allows the cutting edge to progress tangentially from one end of the face to the other. The profiles are approximate because of effect due to change of helix with change in thread height. These are sometimes produced in a lathe with a trapezoidal form tool with edges in the cutting plane that match the profile of the thread space in a plane normal to the reference helix of the thread space.

Flank Form K: milled helicoids generated by biconical grinding wheel or milling cutter, convex profiles in axial planes—Unlike forms A, I, and N this form does not have straight line geneatrices. The worm tooth flanks are tangential to a double cone, whose axis intersects the worm axis at the selected lead angle. The cone lines are straight shape producing lines which, with the normal to the worm axis, form the generation angle. The angle is located in the plane of intersection which also contains the cone axis. It is cut and/or ground with a bi-conical straight sided milling cutter or grinding wheel. The tool axis is tilted to the lead angle of the thread at its mean diameter. The center plane of the cutter intersects the worm axis at the centerline of the space between the threads.

Form ZC: concave axial profile formed by machining with a convex circular profile disc type cutter or grinding wheel—Unlike forms ZA, ZI, and ZN they do not have straight line geneatrices. They are generated with a rotary bi-convex disc type milling cutter or grinding wheel, similar to generating the AK form. Four tool dimensions—profile radius, mean diameter, pressure angle, and thickness—determine the form. The advantage of the AK form is that adjustments can be made to accommodate for changes in tool diameter by modifications to the tool radius and angle. The proprietary name is “Cavex.”

About the Author:
William P. Crosher is former director of the National Conference on Power Transmission, as well as former chairman of the AGMA’s Marketing Council and Enclosed Drive Committee. He was resident engineer-North America for Thyssen Gear Works, and later at Flender Graffenstaden. He is author of the book Design and Application of the Worm Gear.