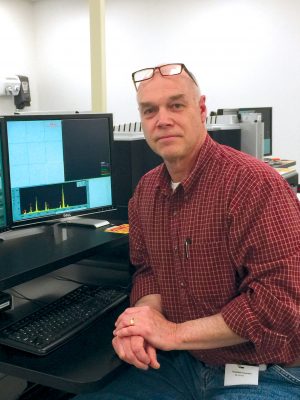 As early as the mid-1980s, the concept of mechanical“power density” was introduced based, in part, on the use of clean steel.

Today, the demands being made on a new generation of mechanical power transmission systems appear to be leading to an ever-increasing emphasis on “power dense” designs that offer higher power throughput via smaller system components. But along with this trend comes higher stresses within key components of the mechanical system. Accordingly, these critical components must be designed — mechanically and metallurgically — to withstand the higher loads.

The benefits of power densification in mechanical systems are typically revealed in either of two forms: via increased power transfer through the current system design or as current power transfer through a smaller/lighter component envelope. The former option is typically considered a near-term opportunity, while the latter, often referred to as “lightweighting,” clearly requires time for system redesign. The image below of two equivalent load carrying bearings, one small enough to fit inside the other, provides an illustrative example of power densification in the form of lightweighting.

Steps to increase the power density of a mechanical system may be achieved by several means. Relevant factors either involve improvements to design and component manufacture (e.g., surface finish), or improvements to the component material (typically steel). The metallurgical factors generally involve increasing the fatigue strength either through modifications to composition and/or heat treatment to increase yield strength or through a reduction in detrimental inclusions, i.e., an improvement to steel cleanness.

This article focuses on the importance of clean steel (low inclusion content) in power-dense applications; a future article will address alloy development for power density. (Figure 1)

An understanding of the impact of non-metallic inclusions on fatigue should begin with some understanding of the relationship between the fatigue limit and key material properties. As it turns out, a simple linear relationship between measured fatigue strength in rotating bending and axial fatigue tests and hardness (employed as a proxy for ultimate tensile strength) in low and medium strength steel exists. This relationship was recognized as early as the 1950s. [1-3] Murakami [4] suggested this correlation between fatigue strength and steel hardness could be expressed empirically as:

where the fatigue strength, σw0, is in MPa and hardness is given in the Vickers scale.

Murakami further noted from a compilation of fatigue data for various steels that this linear relationship breaks down for high-strength steels, as seen in Figure 2.

The variability in the fatigue test results at hardnesses in excess of 400 kgf/mm2 (HV) was primarily attributed to the presence of non-metallic inclusions. Equation 1 can be considered to provide the upper fatigue limit for high-strength steels in the absence of non-metallic inclusions or other subsurface imperfections greater than a critical size, where slip bands in the microstructure serve as fatigue initiation sites.

Over the years, several versions describing the micro-mechanics of fatigue-crack initiation at an inclusion have been suggested.[5-7] Basically, non-metallic inclusions, especially “hard” oxide inclusions, act as stress risers, locally increasing stress levels, in some cases, in excess of the steel’s yield strength. The localized high stresses generated by cyclically applied loads initiate dislocation creation and motion, eventually leading to dislocation pileup and microcrack formation. Under continued loading, microcracks may reach a critical size, ultimately resulting in a fatigue failure of the component. Tanaka and Mura [7] have provided a quantitative theory for fatigue crack initiation at non-metallic inclusions in polycrystalline high strength alloys based on this dislocation dipole accumulation.

Random samples from three carburizing gear steels (all meeting the non-met limits set in ASTM A534) from three different SBQ suppliers were evaluated using an SEM-based image analyzer system. The comparative cleanness results are presented in the form of an oxide size histogram in Figure 3.

This measured cleanness data was used as oxide inclusion populations in a stress-based contact fatigue simulation model to determine the impact of oxide concentration on fatigue performance. 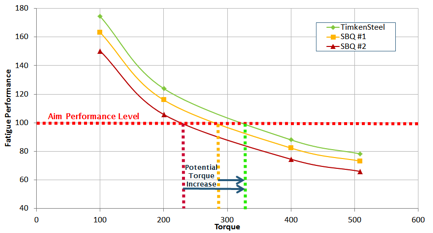 Most mechanical power transfer system designers are being challenged to increase power throughput, reduce mass, reduce cost, or some combination of those factors. The recent availability of cleaner air-melted steels provides design engineers the opportunity to embrace the power density concept for their component applications.