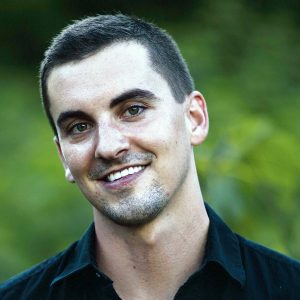 Developed in the early 20th century, nitriding has evolved into a standard process across many industrial applications. Often considered the simplest technique for case hardening, the process is commonplace in aircraft manufacturing, bearings, automotive components, turbine generation systems, and various industrial machineries [1]. Modern practitioners have perfected nitriding into several sub-processes: gas nitriding (the most widely used), salt bath nitriding, and plasma nitriding. Here, the focus will be on gas nitriding, its history, the process itself, its advantages, and how isotropic superfinishing processes, such as REM’s ISF® Process, represent an ideal supplemental solution to the main challenges created by nitriding.

What Is Gas Nitriding?

Nitriding is a ferritic thermochemical method used to diffuse nitrogen into the surface of steels and cast irons. This creates a case-hardened layer that has strongly enhanced mechanical properties. The process itself is quite controllable, and various parameters can be used to affect the case-hardening result, reduce distortion, and provide additional temper to the processed surface. In gas nitriding, the heated surface of the metal is treated with a nitrogen bearing gas, usually ammonia (NH3). The high surface temperature of the metal causes the nitrogen and hydrogen to dissociate, diffusing the nitrogen into the metal. Modern technologies allow for precise control in gas nitriding, making it the most commonly used nitriding process, but the process traces its origins back nearly a century.

In the early 20th century, engineer Adolph Machlet of the American Gas Company began exploring the problems with carburizing, given that the process led to distortion largely due to rapid temperature changes. Machlet experimented to discover that nitrogen was quite soluble in iron and produced a hardened surface in plain irons or low-alloy steels, also adding significant corrosion resistance. Machlet further realized that using hydrogen as a dilutant to the nitrogen gas allowed him to control the case-hardened layer. While Machlet’s process allowed for more accurate control of the case layer, the depth of the layer remained somewhat imprecise. Machlet’s attempt to control case depth was largely in response to the main problem he discovered with his new process: the formation of a “white layer” or compound zone on the surface of the metal.

Interestingly, Machlet’s work remained largely unknown, despite his early patenting of the process. The process of nitriding did not again come into prominence until furthered by Adolph Fry, who is often attributed as the founder of nitriding. Fry, working in Germany, used a similar process, albeit minus the addition of the hydrogen dilutant. Rather, Fry researched the effect of using different alloying elements in steels, including chromium, molybdenum, aluminum, vanadium, and tungsten to create “stable nitrides.” Fry’s alloy steels became widely known as Nitralloy steels, which are still specified today.

Later, scientists worldwide would capitalize on and merge various aspects of both Fry and Machlet’s processes, tweaking temperatures and alloys and evolving various parameters into the industry standard processes of nitriding we see today. While new technologies allow for highly controlled parameters, two main challenges exist in nitrided metals: a somewhat unpredictable case depth and the formation of a white layer on the surface of nitrided metals [1].

The Challenges of Nitriding

Metallurgists McQuaid and Ketcham, in evaluating Fry and Machlet’s work, focused their studies on the white layer, a compound zone formed as a byproduct of the nitriding process (see Figure 1).

They discovered that this layer was composed of nitrides, and, while extremely hard, was also incredibly brittle [2]. The white layer created issues in mechanical usage, given its brittleness, leading to failure and even instances in which the nitride layer fully peeled from the surface. Obviously in dynamic mechanical environments — the exact environments found in many industries using nitriding — cracking, breaking, and shearing can easily lead to partial or full system failure. McQuaid and Ketcham rightly identified that this white layer must be avoided or removed.

The most common solutions to the white layer problem involve traditional forms of mechanical removal. These mechanical solutions include machining, grinding, or the use of other abrasive technologies. While these techniques are successful in removing the white layer in most cases, they are techniques that do not fundamentally lend themselves to the degree of precision required to ensure that the nitride case is not inadvertently penetrated. These machining operations can also create distortions, affect shape integrity, and tend to leave surface irregularities. Therefore, while removing the white layer and its inherent risk, these mechanical processes create their own challenges that can lead to system wear and tear or even failure. (Figure 2)

ISF as a Solution

Given the relative simplicity of the process, nitriding (in particular, gas nitriding) remains standard in many industries. The disadvantages of the process, the production of a compound white layer as well as a slightly uncontrolled case depth, are outweighed by the improved mechanical qualities delivered by the case-hardened nitride layer. As industries continue to rely on nitriding, a reliable solution to remove the process’s disadvantages beyond grinding and machining must be identified. Isotropic superfinishing represents an ideal, gentle, and controlled surface finishing solution to maximize the performance and potential of nitrided surfaces.