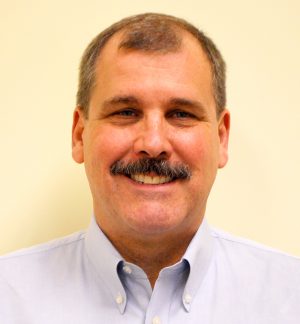 In 2010, President Obama established a course of direction for the EPA (Environmental Protection Agency) and NHTSA (National Highway Traffic Safety Administration) to set aggressive final rules for the Corporate Average Fuel Economy (CAFE) and greenhouse gas emissions regulations. The goals of these regulations are to help address the United States’ dependence on imported oil, lower consumption costs to users, and reduce emissions. The finalized standards will ultimately increase the fuel economy of light-duty trucks and cars to the equivalent of 54.5 mpg by 2025. This follows standards that were considered aggressive for model years 2011-2016 where the fuel economy was targeted at 35.5 mpg. It is clear that the automotive industry has a long road ahead to meet these requirements, and the gear industry will be required to deliver its fair share of improvements.

Currently, less than 15 percent of fuel energy is converted to useful energy that either propels the vehicle down the road or powers its accessories. Of those losses, approximately 5.6 percent occurs due to the drivetrain components. The lubrication industry has made great strides in developing low-viscosity lubricants to improve fuel efficiency for use in the engine, transmission, and drive axles. There are limits, however, on how far these low-viscosity lubricants can be applied with traditionally manufactured components. These lubricants significantly reduce frictional losses but are highly dependent on complex additive packages to allow operation with the resulting thin lubricant film. Care must be taken to avoid increased wear and premature equipment failures due to wear, scuffing, or pitting of the gears.

The Impact from Gears

It is possible to reduce viscosity while simultaneously maintaining or even increasing the specific film thickness for automotive drivetrain components. This dynamic can be achieved by reducing the composite surface roughness of the mating drivetrain surfaces through processes such as isotropic superfinishing. By removing the peak asperities and reducing the surface roughness, thinner oil films may be utilized and still result in full separation of the surfaces during operation. Multiple laboratory and field tests have been performed over the years to demonstrate the abilities of isotropic superfinished surfaces to reduce friction and the main indicator of friction: heat. Many of these tests were performed with standard lubricants, but they have paved the way for the ultimate combination of low-viscosity lubricants and superfinished mating surfaces.

The benefits of smoother operating surfaces with isotropic superfinishing of bearings was first published in the early 1990s by The Timken Company. The classic example of operating temperature reduction in roller bearings is shown in Figure 1.

A key takeaway from Figure 1 is that the run-in spike has been eliminated by the isotropic superfinishing process. During a typical run-in process, the metal-to-metal mating surfaces rub together, sheering off the projecting peaks of the surface asperities and essentially smoothing the components, hopefully, to the point where further contact is stopped. However, this run-in process generates lubricant debris, friction, and heat, and it leaves tensile stresses on the mating surfaces, which can lead to failures such as micropitting. The upper line of Figure 1 clearly shows the significant temperature spike in the early stages of operation and the continuing run-in process over a 25-hour test cycle.

By removing even the very small asperities of the honed bearing surfaces via isotropic superfinishing, the lubricant is able to maintain full EHL film separation right from the start of operation. In other words, no run-in occurs. The lower line in Figure 1 clearly shows this effect. There is no initial spike in temperature, and once the system is stabilized at approximately seven hours, there is no further change. The isotropic bearing maintains a lower operating temperature compared to the honed bearing, indicating lower friction even after run-in.

In a vehicle drivetrain, approximately 1.5 percent of the friction loss comes from the highly loaded, 90-degree transfer of energy in an axle. Fuel efficiency studies were undertaken at the same time on isotropic superfinished hypoid gears. In addition to evaluating the combined use of isotropic superfinishing and lower viscosity lubricants, the studies also sought to evaluate the possibility of increasing durability in the axle.

These studies were carried out on typical axle assemblies (as shown in Figure 3) from a pickup truck with a temperature-monitored axle. They showed that compared to lapped mated gears, the isotropic superfinished gears achieved significant efficiency increases and temperature reductions. The comparison of the lapped versus superfinished axles is shown in Figure 4. This study corroborated the efficiency results found in the GM/OSU study.

More recent studies utilized full-sized cars comparing superfinished to precision-ground axles with various kinematic viscosity lubricants. The studies first compared standard viscosity lubricant (12 cSt) and found that the isotropic superfinished axle produced consistently higher efficiency throughout the standard drive cycle. More importantly, the superfinished axle showed large reductions in torque (friction) at the very low rpm end of the driving cycle. This low-speed, high-load operating spectrum is where most wear and tooth damage occur in vehicles. The studies were repeated with 9, 7, and finally 5 cSt lubricants. In all cases, the isotropic superfinished axles performed with higher efficiency compared to the precision-ground hypoid gears and did not experience any type of gear failure.