In the last few installments we discussed the use of  Time-Temperature-Transformation and Continuous Cooling Transformation diagrams to understand the phase changes that occur during heat treatment. In this column, and in forthcoming installments, we are going to discuss the application of CCT diagrams to actual typical heat treatments. This month we will focus on annealing. We will use a couple of typical alloys to illustrate the microstructures resulting from different heat treatments. The resultant microstructures will be predicted using JMatPro (Sente Software, 2018), a software program that allows the prediction of microstructure for many different alloys and ivf Integra (Swerea IVF AB, 2012), which calculates the microstructure based on actual cooling curves of quenchants.

The purpose of annealing, is to make a part have a uniform microstructure, that is soft, to enable forming or machining. Annealing can be performed at the mill, and the material received at the plant ready to be machined, or it can be done in-house to facilitate machining. There are many different types of annealing that can be performed. But in all cases, the primary reason for annealing is to soften the part and increase the ductility for forming or machining.

Homogenization Annealing is an annealing method that is used at the steel mill. This annealing process is somewhat specialized, in that the purpose is to level out segregation in steel ingots or continuously cast strip. Very high temperatures and very long times are used to allow variations in chemistry due to segregation to level out. This segregation is why there is a different hardenability at the ends of a coil. Once ready to be cooled, the ingots or coils are removed from the furnace, and allowed to air-cool. Because air cooling is relatively uncontrolled, variations in grain size and microstructure can occur. This often explains the different performance of one mill over the other during forming, even while meeting the procurement specifications.

A full anneal is accomplished by heating the steel above the upper critical temperature, transforming the microstructure to completely austenite. The furnace is turned off, and the temperature allowed to drop. Alternatively, the furnace is ramped down in temperature at a specific rate (typically no more than 40°C/hour). Typically, this can take 30 hours or more depending on the alloy. In an AISI 4140 steel, cooled at a rate of 18°C/hr resulting microstructure is a coarse pearlite that is readily machined (Figure 2).

Isothermal annealing or process annealing, is slightly different from a full anneal, but produces a similar microstructure. In this process, the part is heated to above the upper critical temperature, and then is cooled quickly to approximately 650°C (1,200°F), and is held isothermally for a period of time. The austenite transforms to ferrite and pearlite. The part is then withdrawn from the furnace, and allowed to air cool in some convenient manner. The advantage of an isothermal anneal over a process anneal is predominately shorter time. A full anneal will require about 30 hours, but an isothermal anneal will require approximately four hours, depending on the alloy. This is shown in Figure 3.

Normalizing is a similar process to full annealing, but with some important differences. When normalizing, the temperatures are approximately 25°C above the normal hardening or austenitizing temperature. After complete transformation to austenite (generally soaked at temperature for one hour per inch or 25 mm of thickness), the part is withdrawn from the furnace and allowed to air cool. These processes are typically performed on weldments, forgings or castings.

The forging process (as well as welding and casting) occurs at elevated temperatures, where grain coarsening can occur. This means that forgings can have a large variability in the grain size. Depending on how the forging (or weldment) is cooled from the forging or welding temperature, the microstructure will be mixed, and exhibit large variability in hardness. There are also large residual stresses (thermal and transformational) that can result in distortion. The purpose of normalizing is produce a fine-grained and uniform microstructure — typically fine grains of fine pearlite.

The largest difference between full annealing and normalizing, is the lamellar spacing of the resulting pearlite. Very coarse pearlite is very soft. Fine grained pearlite is harder, and somewhat easier to machine. There is also less work hardening during machining, because the steel is less “gummy.” For low hardenability steels, air cooling can produce a fine pearlitic microstructure, with fine grain. The resulting hardness is in the upper HRB range. However, for steels with high hardenability, a fast air cool can result in a mixed microstructure containing significant quantities of bainite, and possibly martensite (for very high hardenability steels). The resulting hardness is also greater. For instance, AISI 4140 normalized at 875°C, and air cooled at 1°C/s, would have a hardness of approximately 28 HRC, and a microstructure consisting of 62 percent bainite, 32 percent proeutechtoid ferrite and approximately 6 percent pearlite (Figure 4).

Spheroidizing or a spheroidizing anneal is a process where the lamella of pearlite consisting of iron carbide or Fe3C is transformed to spheres of iron carbide. The resulting matrix is now ferrite with spheres of cementite, instead of pearlite, which is a matrix of ferrite with lamella of cementite. Below the lower critical temperature, the diffusion of carbon is slow, so long times are required to spheroidize the cementite lamella.

The primary reason for spheroidizing is to produce a very ductile steel suitable for deep forming, or forming in complex shapes. The spherical carbides allow the steel to plastically deform without cracking. It also reduces die wear by reducing the necessary pressure for forming. Since long furnace times are necessary to produce the spheroidal carbides, this annealing practice is usually reserved for difficult to form parts, or where the extended die life can justify the increased costs of spheroidizing.

There are two basic methods to spheroidizing annealing. These are subcritical annealing and inter-critical annealing. In subcritical annealing, the steels are heated to just below the A1 temperature and held for an extended period of time (usually many hours). The steels are then cooled to room temperature in some convenient manner (usually air cooling). The parts do not transform to austenite, and so it is possible that some elements of the prior microstructure can remain. A fine pearlitic structure could be maintained to decrease the diffusion distance and improve kinetics. The structures of subcritical spherodized parts usually contain fine spherical cementite inside ferrite grains. The final carbide size is adjusted with the selected heat treatment time and temperature.

In the inter-critical spheroidizing process, the steel is heated to above the A1 temperature and allowed to transform to austenite. This allows all the carbon to go into solution in the austenite. The part is then slowly cooled to approximate 650°C, where it is held for several hours. The precipitated cementite as pearlite will coarsen into spherodized cementite. Large cementite particles may precipitate at grain boundaries. In general, inter-critical heat treatment produces larger cementite particles, with resultant lower hardness. The two processes are illustrated in Figure 5.

The purpose of stress relieving is to reduce the residual stresses present from forming or machining. It is not done to change the metallurgical properties or the microstructure. Cold working, grinding, machining or thermal cutting can produce significant residual stresses in the steel. During heat treatment, and specifically during the heating cycle, these stresses relive themselves. This manifests as a change in geometry. Further, stress relief is also accomplished between manufacturing steps to provide a residual stress free part, that will not bind or change shape as additional manufacturing steps are performed. It can also be done after heat treatment to improve fatigue strength. It will also improve dimensional stability of the part.

For many low alloy steels that have been severely cold-worked, heating slowly to 200-425°C (400-800°F) for a relatively short time (two to four hours) will reduce the residual stresses. For alloy steels, most stress relieving is performed 480-540°C (900-1,000°F) for two to four hours. This will reduce most of the residual stresses present. If the part is stress relived after heat treatment and tempering, a temperature is used that is approximately 30-50°C below the tempering temperature. In all cases, the parts are slow cooled after stress relief to prevent the reintroduction of thermal residual stresses.

As an example of the benefits of annealing, landing gear for the Boeing F/A-18 A-C aircraft is manufactured from 300M. This is an extremely high hardenability alloy, that is similar to AISI 4340, but with additional carbon and silicon. This enables very high hardness while maintaining good ductility at strengths of 2000+ mPa (290,000 psi) UTS. The landing gear started as large forgings, which were air cooled in an uncontrolled fashion. This resulted in a large variation in surface hardness, with the hardness ranging from 25-55 HRC. This made machining difficult, and resulted in poor surface finish. To eliminate this problem, we used a specialized annealing heat treatment called spheroidizing or spheroidize annealing to eliminate the hard spots, and to produce a uniform microstructure for proper response during heat treatment.

After spheroidizing (24 hours at 718°C or 1325°F), the microstructure consisted of fine rounded iron carbides (spherodite) in a matrix of ferrite. The carbides acted as chip breakers, and the ferrite produced a very soft matrix for machining. Not only was machining time reduced by 50 percent, a much more consistent surface finish was achieved. In addition, distortion during heat treatment was reduced due to the elimination of forging residual stresses.

In this column the various types of annealing practices have been covered, with the benefits of each type provided. In later articles, different types of heat treatment will be discussed. 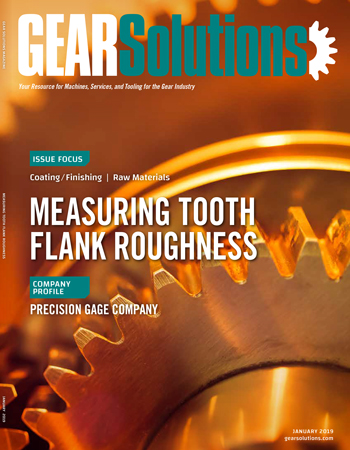