In this column, we will discuss the sources of distortion and residual stresses from machining operations. The problem of residual stresses and distortion is universal across industry. It is a problem which can affect fit and finish of the final product, creating non-value added manufacturing steps, and can adversely affect the life of a product from shortened fatigue life.

Distortion is not limited to heat treatment, but each step in the manufacturing process contributes to distortion. The sources of distortion follow the manufacturing process chain. Looking at distortion, the primary sources are volume changes from phase transformations and precipitation, or from deformation from either plastic or elastic deformation [1]. These types of residual stresses and distortion are usually the result from heat treatment or thermal processing.

The literature is filled with papers trying to understand and model the distortion of components. Modeling has been used to understand the heat-treatment process and the entire process chain. However, modeling is usually used to model the component under perfect conditions — new tooling, homogeneous steel, uniform heat-treating conditions and quenchant. Rarely are sensitivity studies performed to look at the expected variation of distortion due to manufacturing variation.

In the typical manufacturing process to manufacture a steel or aluminum part, incoming material is purchased; shaped by forming, forging, or casting; machined; heat treated; and finish processed (final machining, plating, or painting). This is illustrated in Figure 1.

Prior operations such as machining create residual stresses at the surface. This stress is relieved during heat treatment, resulting in distortion.

During turning or milling operations, the workpiece is held fixed by a chuck or jaws. The method of holding the workpiece can result in residual stresses. In one study [2], 100Cr6 (SAE 52100) bearing rings were evaluated on the influence of clamping mechanism, cutting speed, depth of cut, and feed rate on the roundness. Two different types of clamping mechanisms were used: a mandrel clamp and segmented jaws.

The segmented jaws had a segment of approximately 120°; however, the real contact was limited to a single point in the middle of each segment. Therefore, the clamping forces are induced at three locations 120° apart. This results in the ring bulging at these locations. The mandrel supports the bearing uniformly around the circumference, resulting in a uniform residual stress.

Further work was conducted by Grote [3], comparing the residual stresses generated by different methods of clamping a 100Cr6 work piece during internal turning.

In this short article, we have demonstrated that the machining parameters, including the method of holding the workpiece, can have a large effect on the residual stress and distortion of a machined component. While heat treatment is usually the largest component of distortion, prior operations will contribute to the resulting distortion of a part. By performing stress-relief after each operation, the size and amount of distortion can be determined. Steps can then be taken to eliminate the residual stresses from each operation, resulting in a distortion-free part.

Should there be any questions regarding this, or any other article, or suggestions for additional articles, please contact the writer or editor. 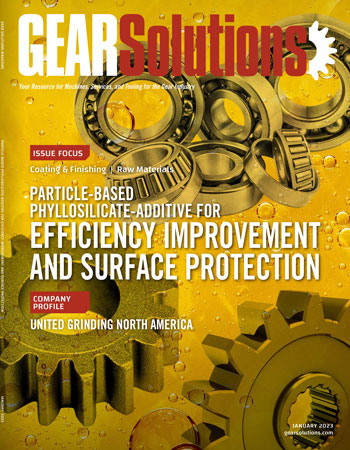