In my previous articles, I have discussed dye penetrant inspection and magnetic particle inspection. In this article, I will give a brief overview of ultrasonic testing.

Ultrasonic testing uses high frequency sound waves to detect flaws or anomalies, characterize materials, and has applications in fields other than material testing. For instance, the imaging technique used to capture an image of a baby still in the womb uses ultrasonic testing. It can also be used to find sources of oil using explosives. The same basic principle is used for active sonar. The velocity of sound varies with different materials. Sound will travel faster through metal than through air.

In its basic form, ultrasonic testing consists of the part to be tested, a transducer that transmits and listens to the ultrasonic wave, a signal source, and a receiver. The signal source sends out ultrasonic pulses to the transducer, which then transmits them through the part. The sound wave is reflected from the back of the part, or from an internal flaw. The reflected wave is picked up by the transducer, and is converted into a signal, which is displayed on a screen in the receiver. The screen displays the signal strength as a function of time when the echo was received. The signal travel time is proportional to the distance the ultrasonic wave has traveled. From this signal, information about the indication can be obtained, such as size and distance from the surface. This is shown schematically in Figure 1.

When a transducer is placed on the surface of a part, there will be a thin film of air between the part and the transducer. A solid-to-air interface gives a 100 percent reflection, so it is necessary to exclude air from the transducer surface. A variety of liquids can be used a couplant, enabling the sound to be transmitted to the part. The idea behind the couplant is to allow as much of the signal as possible to be transmitted to the part. Commonly used couplants are water, oil, glycerin, and specialized gels [1].

Resolution (or the ability to distinguish between discontinuities that are close together) also increases as the frequency is increased. The resolution and the sensitivity play an important role in determining whether a flaw or discontinuity is detected. One rule of thumb is that the discontinuity must be larger than 1/2 of a wavelength to be detected [2].

Transducers are manufactured in many different configurations, depending on the application. These transducers have different frequencies, bandwidth, and focus, to ensure discontinuity detection. There are two types of transducers: contact and immersion.

Contact transducers are usually held in the inspector’s hand and are placed in intimate contact with the part after a couplant has been applied. Since the transducers are moved along the surface of a part, they often have replaceable wear plates to protect the transducer surface. The transducers are also designed so that they can be readily gripped by the NDT technician, and comfortable to use.

Transducers can have two elements to improve sensitivity and resolution. While one element transmits, the other element receives the sound wave. These types of elements are useful for measuring surface thickness of coatings or detecting near surface defects.

Angled transducers introduce a sound wave at an angle into the material, as opposed to a sound wave normal to the surface. The angled sound wave allows reflections from the back wall to detect flaws in welded surfaces or detecting near-surface discontinuities.

The flaws introduced in test blocks are usually drilled holes or notches. Unfortunately, this type of flaw may not accurately represent the actual flaw. The artificially produced flaws in the reference stands often reflect energy more effectively than an actual flaw because of better and smoother surfaces. This limits the ability of the inspector to accurately access the size of a discontinuity in a real part.

There is no one perfect non-destructive test method. Each method has its own advantages and disadvantages.

Ultrasonic testing is excellent for finding very small discontinuities from a single surface. The test method itself has a wide control over the testing variables. There are many transducers that are available for examining different types of flaws or configurations. The testing method is reliable and repeatable. The equipment used in ultrasonic inspection is very portable and is often handheld. Depending on the part configuration, automation of the process is possible with 3D signal processing to determine location and shape of the discontinuity, allowing a map of the discontinuity to be formed. The only consumable is the couplant.

Ultrasonic testing requires a great deal of training and skill to accurately determine discontinuities. For instance, uneven scanning could render the test worthless.

It is important that any expected discontinuities be perpendicular to the incoming sound wave. If parallel with the beam, the discontinuity may not be detected. If the flaw is very similar to the parent material, it may not be detected. If the part is thin, then special techniques are required (such as a time delay) to prevent nearly instantaneous return of the signal. Because ultrasonic testing requires enhanced training and skill, misinterpretation of the signals is very possible.

As always, should you have any questions or comments regarding this or any other article (as well as suggestions for new columns), please contact the editor or me. Stay safe and healthy out there. 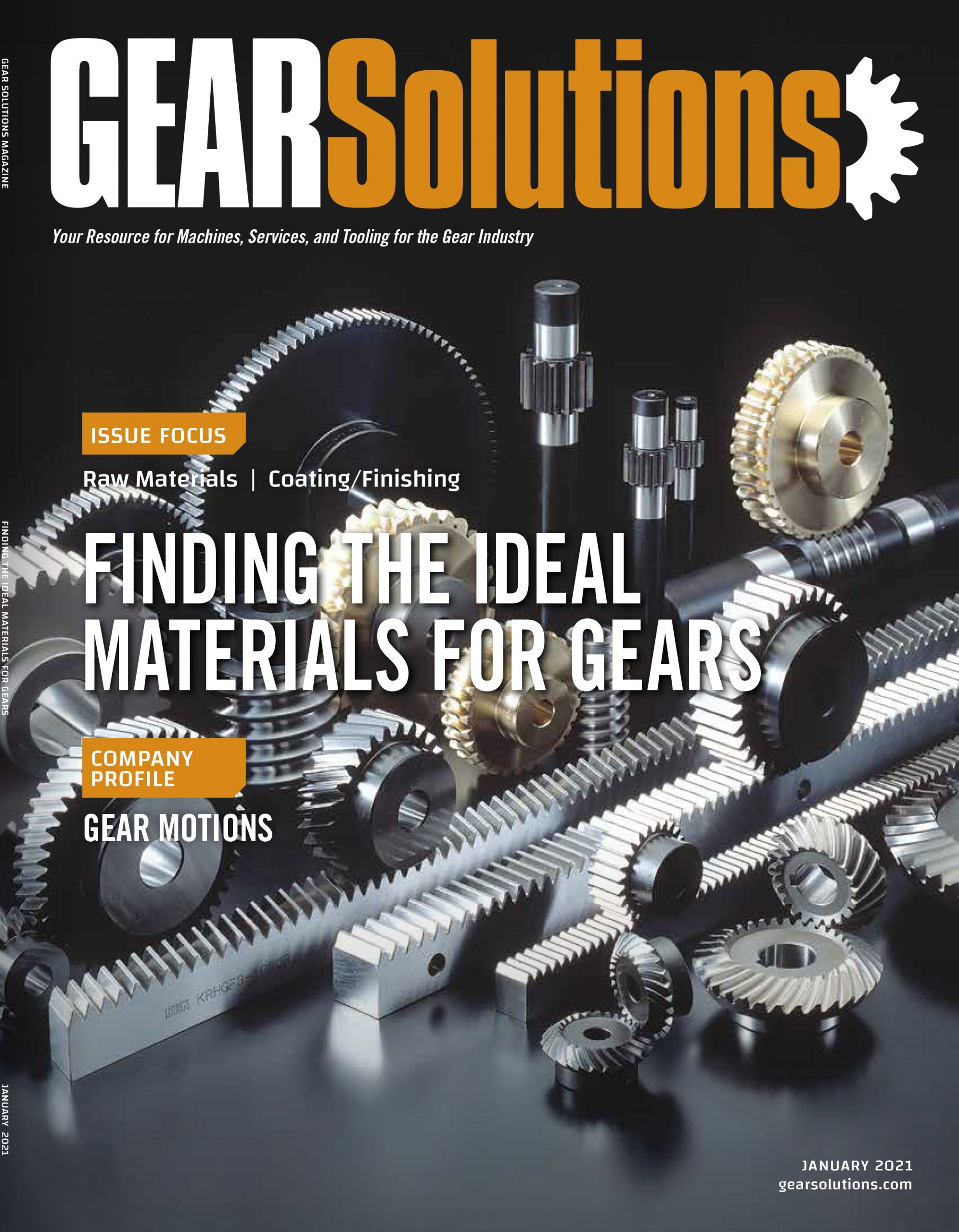 The importance of anticipating heat-treatment problems in advance to avoid part...