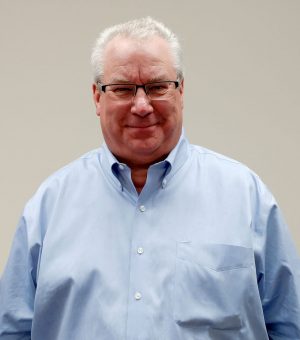 It’s the mid ’70s, the phone rings, and I’m told that Ford wants to upgrade their heat treat equipment at the Rouge facility. Driving in, I am awed at the size and history of the complex. As I enter the heat treat department, I see the furnace operator about to seal and load a retort into an old gas-fired furnace for a two-day pack carburizing cycle. As part of the conversation, the heat treat manager asked if we could get some money for the old furnace — I suggested it might have more of a historical value and be a better fit at the Henry Ford Museum. They purchased a complete carburizing, hardening, and tempering box furnace system with an endothermic gas generator. Months later, the operator thanked me for bringing the 20th century to him.

At the same time across town, a family-owned commercial heat treater was installing another electrically heated 6,000-pound capacity integral quench furnace and a 6-foot-diameter by 8-foot-deep pit carburizer, both rare at the time. This is how it was then; some were catching up and others were looking toward the future.

In the following decade or so, many changes took place in the U.S. that required our industry to re-think how we ran our heat treating equipment. Gas-fired furnaces were converted to electric, and pushers became I/Qs. Dew-pointers became oxygen probes, and brick became fiber. Fans became air-cooled instead of water, and gas burners became efficient. And endo gas generators were being replaced by N2/methanol systems. Most of these are still in play today, and that doesn’t include the huge change in measuring devices, instruments, and control systems.

Examples of these changes have been reflected in the high-production facilities like the new transmission plants in Kokomo, Indiana, or Sharonville, Ohio. Their 3- and 4-speed transmissions are now 9- and 10-speed or CVTs. This also created the development and use of higher steel grades for better performance and replacing low-carbon steel grades. Some of these steels and even high grades are also being used in the aerospace sector, which allows them to make some changes in their heat treating too. These changes also affected the smaller captive shops that wrestled with the decision to bring heat treating in-house. It also made the commercial shops consider what type of equipment to bring on-board for existing or pending customers.

Today, we see the use of vacuum carburizing furnaces, enhanced press quenching, high-pressure gas quenching with nitrogen or helium, and directional quenching. New systems often incorporate CFC trays, automated lines with robotics, programmable control systems with batch recipes, data retrieval, and maintenance history included. Also, with most companies lacking the required staff to select and design a heat treat area, they rely on the furnace makers to not only provide the furnace but also the companion equipment up and downstream from the furnaces.

Key considerations in gear-making now include distortion control, no IGO, tighter root-to-pitch ratios, and less straightening and post grinding. Another nice change is that the heat treating departments have moved from the back of the plant to the middle, surrounded by machining cells. Several other thermal processes such as gas nitriding, FNC, and of course induction have all seen similar changes.

However, not all of these changes can be made when heat-treating larger components. The use of large pits, boxes, and batch furnaces are still being used in impressive facilities such as Engineered Heat Treat, MetLab, Horsburgh, Cincinnati Steel Treating, Falk, and Brad Foote, to name a few.

For years now, the manufacturing sector of our country has been on the decline, and the gear and heat treat markets are no exception. However, I still love visiting such gear-makers like Arrow Gear in the Chicago area to see the wide range of gear types used for power transmission devices, movable machinery, motorcycles, automotive parts, and aerospace components. All of them are produced either by hand on old machinery or by new high-tech automated machines.

As much as I am impressed, it is also disheartening to see the decrease in the number of factories and small plants in the U.S. in industries like automotive here in Detroit, as well as the machine tool businesses in New England, steel plants and foundries in Pennsylvania and Ohio, the agricultural markets in Illinois and Iowa, and recently the oil field sector in the Southwest.

With that said, there is potential for new growth. We are in for some interesting times ahead and more changes to our industry. I know that with the knowledge, vision, and leadership from some of our industry families, we are in great shape. For those I have watched over the years, I would like to thank them for their contributions to the gear and heat treating industry. Those families include Pilibosian, Rassieur, Wiberg, Levy, Rizzo, Cervinka, Neidig, Jones, and Keough and individuals such as Hubbard, Herring, Bernard, Woodworth, Plough, Sisson, Titus, and Kowalski.

Good luck to all of us in 2017 and the years ahead. It should be an exciting time. 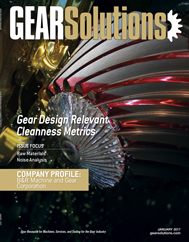