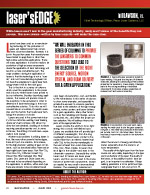 Lasers have been used as a manufacturing technology for the production of gears and related power train components since the seventies. However, it is just in the past few years that manufacturers have started to apply them in other than high-volume automotive applications. There are many applications in small to medium lot production of high-accuracy components where the application of laser technology will result in a more cost-effective part. The major problem slowing the application of lasers is that the technology is not a “cure-all,” and most manufacturing engineers do not have the experience to apply laser technology where it will do the most good.

This is the first in a series of columns which cover the applications in the power train industry where lasers have proved to be cost effective. Besides describing applications, this series will present some of the questions to be answered in order to determine if laser technology is the most cost-effective solution. To do this we will concentrate on a number of specific examples and the factors that made laser technology the process of choice.

Lasers are used in the power train industry for low distortion welding, heat treating where very hard surfaces with almost no distortion are obtained, cladding of surfaces requiring special properties and, in some instances, the drilling of small holes–especially in hard metals.

Another major problem in utilizing lasers is that, like many other powerful technologies, there isn’t just one solution. For instance, for the high-precision welding of gear components, such as described below, there are at least eight basic laser types: Fast Flow CO2; Cross Flow CO2; Diffusion Cooled CO2; Pulsed YAG; Fiber Delivered YAG; Fiber Lasers; Disc Laser and Diode Laser, etc., that need to be considered depending on the application. In addition, within each type there are subsets to be considered based upon beam characteristics, cost, and flexibility. We will endeavor in this series of columns to show some examples, and especially to provide the answers to common questions that lead to the selection of the right energy source, motion system, and beam delivery for a given application. Many other factors such as the metallurgy, joint design, accuracy required, etc., also affect the proper system selection. We will address these subjects at the appropriate time.

Lasers provide the ability to focus light energy into a small, well-defined spot. Lasers are available that will provide light of different wavelengths, from the long wavelength infrared lasers similar to the radiant heat from an electric heater (typically CO2) to the shorter wavelengths in the near infrared from solid state lasers (YAG, Disc, Fiber, Diode), to lasers that emit light in the visible–and even in the ultraviolet–spectrum. Generally the visible lasers and UV lasers are lower power lasers, and thus are not used in the manufacture of power train components, except as needed for very small micro-machined features. The wavelength selected will affect the amount of energy adsorbed by metal, especially when the metal is at room temperature.

The quality of the light beam from the laser source can vary widely, depending on the type and manufacturer of the laser. The quality of the beam, or focusability (mode in laser jargon), is an important consideration. If deep welding penetration is to be performed (typically greater than 0.2 inch and up to 0.75 inch deep), a high-quality beam is required in order to provide a good focus over a long distance. However, if a heat treating or cladding process is desired, the laser mode does not need to be as good–in fact, a good mode may be problematic. Heat treating and cladding are processes that require a larger uniform area of energy to be successful. The focusability of a beam is also affected by the wavelength. Because light acts like a wave, the shorter the wavelength the smaller the focused beam that can be obtained for a given quality of beam. Thus, the beam of a near infrared laser (YAG, Fiber Laser, etc.), which is 1/10th the wavelength of the CO2 family, may be 10 times worse and still focus as well as a good beam from a CO2.

The following application is a basic example of where a laser can be utilized to reduce cost while still maintaining or improving quality.

The gear assembly shown in Figure 1
is a large transmission gear that was previously machined from one piece of steel. This transmission manufacturer found that by welding two simpler components together with a laser a reduction in total cost of at least 20 percent could be obtained in volumes of several hundred units a year. Key to this success were the facts that laser welding provides a process with minimal heat input, resulting in very low distortion, and that components could be mixed/ matched to produce unique assemblies. The minor distortion that does occur is repeatable and can thus be compensated for in the weld sequence design. Figure 2 is a cross-section view of a weld showing the narrow weld possible with a high-quality beam. The only other welding process that has equivalent accuracy to laser welding is Electron Beam welding.

The weld was performed by assembling the gear and ring components, loading it onto a rotary table, and welding with CNC control. The total weld cycle for the assembly shown in Figure 2 is 11 seconds, including a tack-weld cycle. The laser used was a common high-beam quality 6 kW CO2 laser. The joint design employed was a simple square-butt joint. The gear and ring are designed to provide minimal restraint, resulting in low residual stresses after welding. When designing laser welding, the design of the joint and the selection of materials are critical. If materials are used that have a high carbon equivalent, process options–such as pre/post induction heating or the addition of an alloying metal–are available to eliminate cracking potential and provide good post-weld material properties. Future columns will discuss these aspects of designing for and producing a successfully welded part using laser technology, as well as other prominent laser processes.

About the author:
Bill Lawson, P.E., has worked in the laser industry for 27 years, founding and building Preco Laser Systems, LLC, for which he is now chief technology officer. He is a past-president and fellow of the Laser Institute of America. Joel De Kock, Ph.D., assisted in the writing of this column. He is applications manager for PLS and a member of the American Welding Society, ASM International, and the Laser Institute of America. 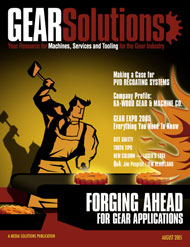 The more you know about proper lubrication, the smoother your operation will run