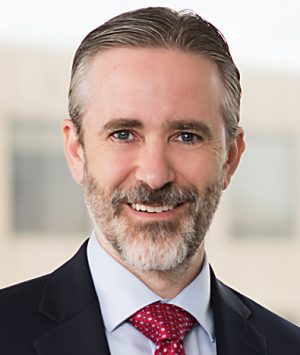 Last year was a momentous year for the gear industry, with COVID-19, a shortage of semiconductors that slowed vehicle production, and rapid swings in consumer demand all contributing to one of the most challenging environments that the industry has seen in decades. Add to this the many trade issues — from the on-going U.S.-China trade dispute to new trade and investment rules for U.S. manufacturers, importers, and exporters, and 2020 was truly one for the record books.

Thus far, 2021 shows no sign of any slowdown in the trade issues facing the industry. This article addresses what are arguably the most important of these issues and provides tips on how to best position yourself in the months ahead.

1. Renewed Focus on Cross-Border Supply Chains
in the Transportation Industry

The COVID-19 epidemic and on-going trade dispute with China have focused attention in Washington on the supply chains that are so critical to U.S. national and economic security — including the transportation industry. This has prompted a flurry of new initiatives that will affect the gear industry throughout 2021:

In February, President Biden ordered a review of transportation industry supply chains. This review is expected to result in multiple executive branch initiatives focused on the R&D and manufacturing capabilities of the U.S. industry and the degree to which it relies on overseas supply chains.

Closely linked to these initiatives are new efforts to use a nearly 100-year-old law — the “Buy American Act” — to give preference to U.S.-made goods in federal contracts. Specifically, on January 25, Biden signed an Executive Order that makes changes to how the Buy American Act is implemented, including raising domestic content requirements and changing how domestic products can qualify for preferential treatment. The federal body that administers U.S. procurement rules [i.e., the Federal Acquisition Regulations (FAR) Council] must develop new regulations to implement these changes by July 24, 2021.

These initiatives represent just the tip of the iceberg of the changes that are likely to affect U.S. procurement and trade flows this year. Indeed, according to the website GovTrack, as of the writing of this article, nearly 50 bills already have been introduced in the Congress to expand or modify federal contracting rules or provide new funds for investment in U.S. contractors — including in areas like transportation that directly concern companies in the gear industry.

Companies that supply products to the federal government or are looking to expand in that area should make sure they understand both the existing FAR rules and the new proposals coming out of Washington. Investing in advice from a government contracts specialist can mean the difference between sales lost or won and can help companies to avoid the many traps for the unwary that government contracting rules can sometimes present. At the same time, companies should consider engaging with policymakers to make sure their views are heard. As they formulate the new rules of the road, policymakers will benefit from this feedback to help ensure that the new rules achieve their intended objectives.

This year is also unlikely to see any slowdown in new U.S. export control and national security initiatives — with a continued emphasis on China.

Many technologies used or produced by the gear industry — including advanced materials, precision equipment, and design and production software, among others — have long been subject to export-licensing requirements. Changes to the U.S. export control laws that began last year have further restricted the export or transfer of these technologies — especially to customers in China, Hong Kong, Russia, and Venezuela. In many cases, products that could once be exported freely to these countries now require a license — particularly to major companies in China and Russia that the United States has designated as “military end users” or has listed on the U.S. “Entity List.”

At the same time, the U.S. government continues to scrutinize investments in the gear and related industries under the Committee on Foreign Investment in the United States (CFIUS) national security laws. Importantly, CFIUS scrutiny can extend to overseas joint ventures and other transactions outside the United States that give non-U.S. companies access to U.S. technology.

Broad bipartisan support for these initiatives means there is unlikely to be any significant rollback or change of course this year. Indeed, we may see further restrictions imposed as the Biden Administration and Congress examine whether and how best to use export controls and CFIUS-like reviews to strengthen U.S. manufacturing and supply chains in critical industries.

Companies in the gear industry that export from the United States or that use U.S. technologies in their products and research and development should closely monitor these changing requirements and invest in compliance — including close scrutiny of their customers, investors, and supply chains. Companies should recognize many projects that previously could occur in China or Russia without a license may now require careful licensing review and may need to be paused or put on hold until a license can be obtained.

2021 will be a busy year for trade agreements, although we are unlikely to see significant new agreements before the end of the year. Close to home, the United States, Canada, and Mexico continue the hard work of implementing the U.S.-Canada-Mexico Agreement (USMCA), the successor to NAFTA. Among the issues that may affect the gear industry under USMCA are changes to the rules of origin for duty preferences and new environmental and labor chapters.

March 2021 has also seen a significant thaw in U.S.-EU-U.K. trade tensions, with the United States, EU, and U.K. suspending tariffs imposed in response to the ongoing dispute over subsidies for civil aircraft production and the United States and EU reportedly making progress on the EU’s proposed carbon-tax on imports. These developments may signal a renewed opportunity for further U.S.-EU-U.K. cooperation on trade issues, including potentially a new U.S.-U.K. trade agreement and reduction in U.S.-EU trade tensions.

Finally, while the prospects of an end to the U.S.-China trade dispute and a lifting of Section 301 and Section 232 tariffs seems remote at present, the Biden Administration has signaled that it intends to engage with China and other trading partners where possible and to review existing tariffs to ensure they appropriately balance U.S. trade interests while minimizing adverse impacts on U.S. companies and workers. How fast or how far these initiatives can go remains to be seen, but companies with interests in these markets have an important role to play and should ensure their views are known to policymakers and Congress.

Laws generally known as the U.S. “trade remedy” or “antidumping and countervailing duty” laws allow companies with production facilities in the United States to petition the U.S. government to impose duties on imports of merchandise found to be unfairly subsidized or sold at less than fair value, causing injury to a U.S. industry. Such laws have been used with increased frequency in recent years. Indeed, there have been more than 160 successful AD/CVD cases since 2018 alone. In many instances, the duties imposed have been higher than 150 percent of the value of the imported merchandise.

Recently, trade remedy cases have focused on key components used in the transportation and related industries, including steel wheels, for a variety of vehicles. Cases are also increasingly being filed against more advanced products, materials, and systems (such as internal combustion engines). Those cases already have had a significant impact on U.S. manufacturers of those products — leading to a sharp reduction in imports from countries subject to the orders — notably China — and allowing affected U.S. companies to recover or even expand their own production and sales.

There is unlikely to be any slowdown in case activity this year. Indeed, 17 new antidumping and countervailing duty orders have gone into effect since January 1, 2021, and more than 20 more are under consideration.

Moreover, the trade remedy laws are playing an even more important role as the Biden Administration and Congress look to strengthen U.S. manufacturing. For example, key congressional stakeholders, including Sen. Robert Casey (D-PA), are reportedly considering new legislation that would enhance the ability of the U.S. government to “self-initiate” AD/CVD cases where foreign subsidies, dumping, or other market distortions are reducing investment in U.S. development and manufacturing of critical technologies and products. As leaders in many of the priority technologies that Congress and President Biden have highlighted as essential to U.S. national and supply chain security — such as transportation, advanced materials, and aerospace, to name a few — companies in the gear industry will undoubtedly be affected by these and similar proposals.

The bottom line is 2021 will see many critical trade policy decisions and new trade laws that will shape the direction of the gear industry for years to come. Companies that engage with policymakers and closely monitor these developments will be well positioned to minimize any adverse impacts and take advantage of the new opportunities that our ever-evolving trade laws present.

To help you better understand and prepare for these challenges and opportunities, AGMA is continuing its regular trade webinar series for the remainder of 2021. This year, we are excited to be partnering with the law firm DLA Piper LLP and its more than 80 offices around the world to examine cutting edge trade issues from an expanded global perspective. Be sure to check regularly for further details on the webinar series at www.agma.org/education/online/webinars. 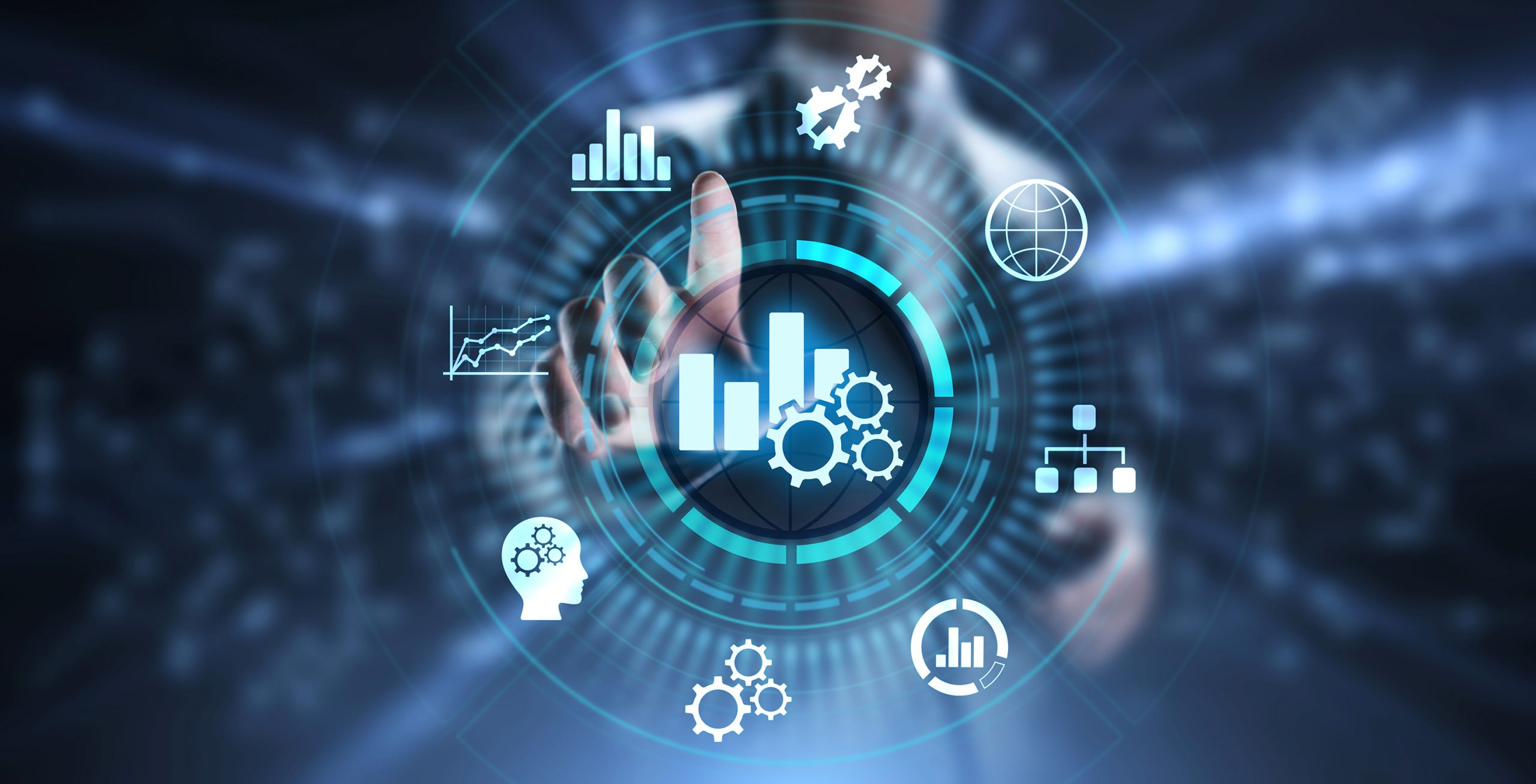 Evaluation of loaded tooth contact and development of tooth modifications using commercially available software to improve Khb and optimize power density. Two real life gearing examples will be presented in the course, one will have a cantilever mounted pinion, the other a shaft pinion straddled non-symmetrically by bearings.

This course is IACET accredited and worth 0.3 CEUs.

This new and expanded eight-hour online course is intended to provide you with a thorough understanding of the attributes of a gear and how their design are critical to ensure the required operation and function of the gear system as expected.

This course is IACET accredited and worth 0.6 CEUs.

The goal of the AGMA Emerging Technology committees is to identify, investigate, and inform AGMA members of emerging technologies that may disrupt or significantly affect the power transmission industry. To fulfill this promise, AGMA introduces a high-level Emerging Technology Webinar Series. Join us the first Wednesday of the month for a speaker on a topic chosen by one of the four AGMA committees: IIoT, electric drive, robotics & automation, or 3D printing:

APRIL: Let’s Understand How to Comply with CMMC — Jon Powvens, Director of Cybersecurity for MxD.

JUNE: How Software Can Level the Playing Field for Robot Integration — Dr. Kel Guerin, Co-Founder and CIO for READY Robotics.

AUGUST: When Discussing Electric Vehicles, You Must Talk About the Consumers — Ike Dovorany, VP, Automotive & Mobility for Escalent.

These webinars are free for members. Register today at www.agma.org 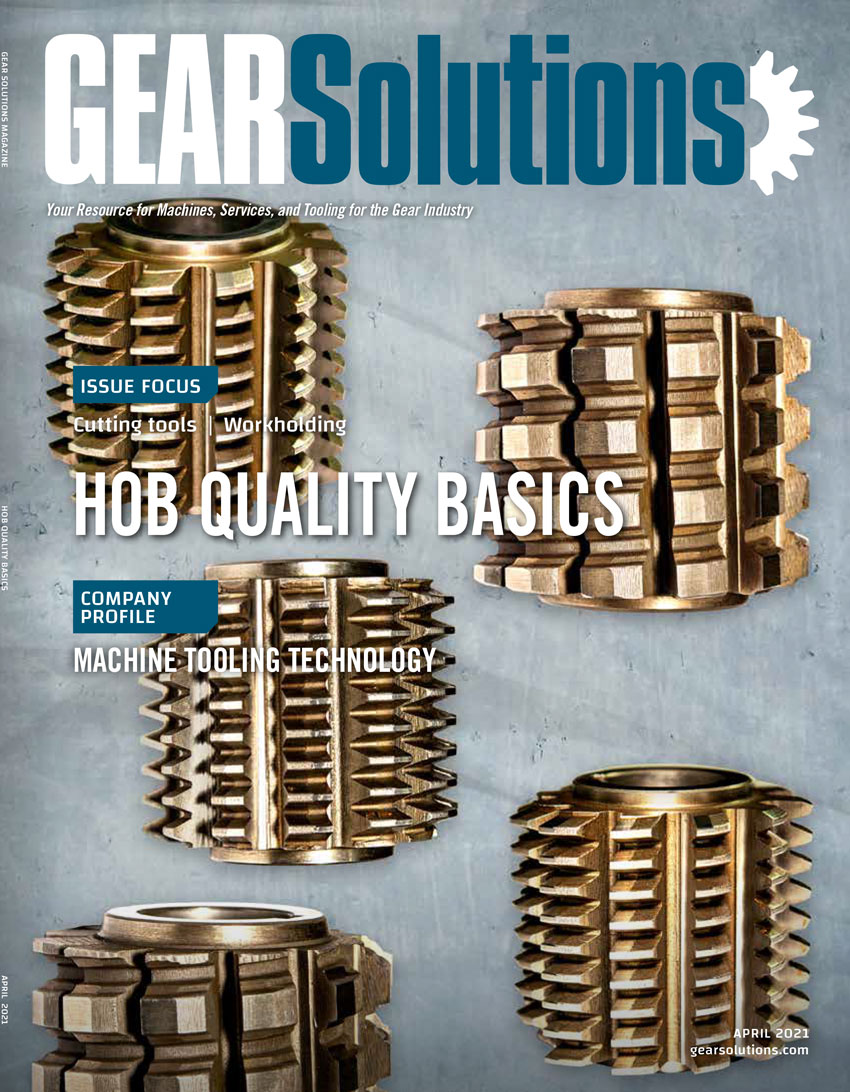 The Fall Technical Meeting Connects With Gear Expo in Detroit

Is there a good time to take time off?

The Fall Technical Meeting Comes to the Nation’s Capital