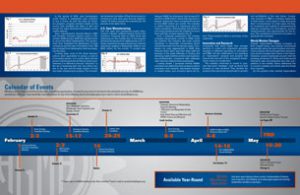 The U.S. economy formally went into recession in December 2007, but unlike most of the recessions in the second half of the twentieth century tight monetary policy aimed at fighting inflation was not the cause. The central factor behind this recession was the boom and bust in asset prices, especially home prices.

Well-respected housing expert Professor Robert Shiller of Yale University shows (Figure 1) the unsustainable increase in the early 2000s and the rapid decline in 2007. The increase allowed many homeowners to borrow against the value of their homes and use the money for consumption. As prices declined more and more households were unable to repay the loans, many finding the value of their home was less than the mortgage owed.

Many loans were of lower quality thus more risky than in prior times. These loans, known as sub-prime, eventually became worthless. Because of excessive leverage of these and other mortgages, as the base eroded, the entire mortgage system was in danger of failing and with it, the U.S. financial system.

U.S. Consumer Spending
Consumer and business confidence fell which led to sharp declines in consumer spending and in business investment. These declines in spending coupled with defaults on mortgage payments led to the financial crisis that reached a critical level in the fall of 2008.

Major banks and financial institutions asked for government assistance, or bailouts. Lending of all types fell dramatically making it very difficult to purchase automobiles, housing, furniture and so on. Real GDP declined at an annual rate of 2.7 percent in the third quarter of 2008, 5.4 percent in the fourth and 6.4 percent in the first quarter of 2009 (Figure 2). Automobile sales were more that 16 million units for each year from 1999 to 2007. The annual rate in early 2009 was about 9.5 million vehicles (Figure 3). From its peak in September 2007, industrial production fell more than 15 percent before it hit bottom in June 2009 (Figure 4). Unemployment increased to levels rarely seen in the United States. The number of unemployed increased to about 16 million and an unemployment rate of more than 10 percent at the peak (Figure 5).

Fed/Industry Reactions
The U.S. government reacted using both fiscal and monetary policy. Leaders developed their actions to (1) keep the financial crisis from becoming a worldwide disaster; and (2) assist U.S. citizens directly affected by this crisis. In February 2008, the U.S. Congress passed a temporary tax cut that refunded taxpayers a few hundred dollars per person. This was the first of many fiscal programs intended to help the private economy survive the crisis that eventually resulted in the federal government spending over one trillion dollars in several “stimulus packages.”

Most knowledgeable analysts agree that the Federal Reserve (the Fed) acted quickly and responsibly to strengthen the U.S. financial system and the U.S. economy. The actions certainly had critics but the overwhelming opinion is that the Fed averted a financial disaster by its actions.

The Fed worked closely with the U.S. Congress and the Office of the President to reduce the cost of borrowing several times as the economy lost strength. By the end of 2008, the cost to banks of borrowing funds from the Fed was essentially zero; the rate was 5.25 percent in June 2007. As of August 2010, the Fed has not increased this level.

Beyond substantial interest rate reductions, the Fed began issuing credit to banks in exchange for what were then real estate securities that had little if any value. This allowed banks to increase their pool of funds available for lending. To insure the availability of loanable funds for banks, this practice continues to be an active policy of the Fed.

The two largest institutions that guarantee the vast majority of mortgage loans in the country are Fannie Mae and Freddie Mac. These two organizations provide liquidity to the mortgage sector. They purchase mortgages and “bundle” them into marketable securities sold to private and institutional investors. Both groups faced bankruptcy and the federal government nationalized them in September 2008. This act alone assured the public that bank lending for mortgages would continue.

The largest single act of fiscal policy was the American Recovery and Reinvestment Act of 2009. This act authorized the President to spend $784 billion in three basic areas: tax cuts ($288 billion); infrastructure projects, like road building ($180 billion); and payments for social services and transfer payments ($319 billion). At year-end, the stimulus has had very little positive impact on the creation of new jobs—the primary objective of the stimulus. The President and Congress approved the Cash for Clunkers program, to help fund the purchase of older cars and stimulate the purchase of new ones. They also provided “bonus depreciation” tax credits to encourage businesses to make capital purchases. In addition, there were other tax incentives to encourage business spending.

In the spring of 2010, new homebuyers could receive a substantial cash incentive to buy a home. As with the Cash for Clunkers program, program worked initially as the money was available but sales of cars and homes but sales declined immediately as the credits expired.
Auto manufacturers General Motors (GM) and Chrysler received massive loans in December 2008/January 2009 that allowed them to avoid disorderly bankruptcies. The government then facilitated the bankruptcy of both companies and the sale of Chrysler to Fiat. GM has emerged from bankruptcy; both are repaying the loans.

Looking back, most of the fiscal stimulus actions were equivalent to giving a meal to a homeless person, it is a good deed and the person had food but the act did not stop homelessness. It is difficult to see any “stimulus” in the act of spending well over one trillion dollars in tax cuts and the large variety of local and state infrastructure projects. The immediate recipients are better off but the economy is moving at a very slow pace thus far. Approximately 16 million people are unemployed, 9.5 percent of the labor force.

U.S. Gear Manufacturing
The U.S. gear and mechanical power transmission industry suffered heavily during this recession. Financial data for 2009 show that shipments for the median firm in the industry declined 22 percent from 2008 and the U.S. industry shipments dropped 32 percent. Industry shipments peaked in September 2008 at over $323 million for the month; 11 months later (August 2009) the shipments had dropped 51 percent to $159 million. Since that low point in August, shipments have increased 59 percent to over $250 million per month. The industry is clearly improving at a reassuring pace for many companies. Unfortunately, the growth is not evenly spread across the industry so some firms still face unused capacity (Figure 6).

From a financial perspective, the median company did produce a profit in 2009, small but positive. The industry, like most cyclical industries, is financially conservative which served them well over the last two years. Companies cut costs aggressively in 2009; they reduced direct labor and their sales staff but because of the great difficulty in finding and attracting highly skilled workers and engineering professionals, companies with adequate cash reserves retained these employees.

Looking ahead, I surveyed several AGMA members and asked the three questions about innovation and research, anticipated changes in market share, and concerns about the future. These answers reflect a summary of the responses.

Innovation and Research
Companies that faced larger than average declines in orders and shipments generally stopped or deferred spending on innovation and R&D. All who addressed it cut spending on “exploratory” projects and projects that were at the low end of the company’s threshold for return on investment.

The industry continued to invest in projects that were “strategic” such as those that focused on new products. They funded the projects they perceived would add to growth and profitability in the near future. Companies invested in R&D to maintain leadership in their sector; some spent to keep and grow their “core business.” In a few cases, the larger companies are looking to entrepreneurial start-up companies for innovations, product enhancements, and opportunities for the future. The companies license the innovation or purchase the company.

World Market Changes
Overall, respondents foresee increases in their market share, and several commented specifically about the wind turbine and automotive sectors. Some thought their new products would increase their share in the future. However, several expressed concern that the growing producers in China and India would introduce new cost pressures and new competitors in the market. Some addressed the in-country markets and others saw the threat from imports.

On the positive side, several respondents noted that while India and China will be aggressive competitors, they were not so concerned because their companies had been investing in India and China for many years and currently are successful in these markets.

Transmission Topics
The most difficult question is “what is the future?” Respondents were thoughtfully candid in their responses. Some focused on current business practices—the high and rising cost of health care, the disincentives of more taxes, and the obvious, weakness in customer markets, and over capacity in some areas of the industry. In addition, increasing prices of raw materials and energy—as well as the shortage of capable employees—are concerns.

New technology and new competitors are both threats and opportunities. The threat from technology comes from non-gearing solutions such as electric drives and permanent magnet generators. Some respondents said that new technological developments would benefit their company making them even more globally competitive. New competitors, primarily from China and India, will increase price competition and supply. The positive side says the lower prices will make traditional gearing more competitive in the face of the new, non-gearing technologies.

Several see an increase in competition from companies who restructured or entered the market to support the wind turbine industry. Excess capacity is a growing threat. No respondent linked his outlook to the current crisis. The recession may change the timing by increasing the price pressures and bringing new competitors to the world market as they look beyond their traditional national market for more business.

Finally, the failure of the U.S. government to recognize manufacturing’s positive role in the overall economy is frustrating to many and is eroding the county’s industrial base. Some manufactured components are no longer available in the U.S., the lack of trained—or trainable, in many cases—labor is a perennial constraint and the increasing availability of counterfeit components hurts both manufacturers and users. Many U.S. gear and power transmission manufacturers have restructured over the past decade to improve capabilities and to lower their operating costs. As a result, more companies can compete effectively in an increasingly demanding world.

Despite the fact that business effectively stopped in the last quarter of 2008 and into 2009, not a single member of AGMA failed or went bankrupt. As noted above, the majority of companies in the industry were profitable in 2009. With the recovery well underway, we are looking for continued growth over the next few years.

For more information:
Visit us at www.agma.org.

Is there a good time to take time off?

Special thanks to the 2017 AGMA technical committees

The real investment for next year begins now

A New Perspective on the Gear Industry