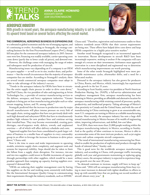 The commercial aerospace business is expanding due to a rebound in global economies and the rise of emerging regions, and it’s continuing to evolve. According to Strategy&, the strategy consulting business for the firm PricewaterhouseCoopers (PwC), things fell into place for the commercial aerospace industry in 2015. Interest rates were low, financing was readily available, carrier-operating costs came down (partly due to lower crude oil prices), and demand rose.

However, the challenge comes with managing the surge of orders and subsequent need for production of aircraft.

Manufacturing issues vary depending on if a company is an OEM or a parts supplier — as well as on its size, market share, and performance — but the overall circumstances that the majority of aerospace companies face are similar. According to Strategy&’s analysis, there are several trends commercial aerospace companies must adopt in order to take advantage of the industry’s success.

“Trends in the aerospace industry by OEMs have been to streamline the entire supply chain process in order to drive costs down,” said Paul Chana, the vice president of sales and engineering at Avion Technologies Inc., a provider of contract manufacturing services to the defense, aerospace, and heavy equipment industries. “Greater emphasis is being put on lean manufacturing principles such as value stream mapping, kaizen, and 5S, among others.”

Strategy& predicted that the increase in production rates by major aircraft manufacturers will place intense pressure on every link of the supply chain, testing suppliers that have not previously dealt with such high demand and subsystem OEMs that have to simultaneously produce high volumes for new product lines and continue serving their installed base. They may become overextended, creating parts shortages, out-of-sequence work, defects, rework, and unplanned overtime — all of which will affect delivery schedules and costs.

“Approved supplier lists have been consolidated to push larger volumes of business to a smaller base of suppliers in every commodity group in an effort to leverage the increase in business to drive prices down,” Chana said.

Now is the time to assess and make improvements to operating models, minimize supply chain complexity, and augment tools and systems for improved visibility. Steps should also be taken to limit the fallout from a supply chain disruption. For instance, tier-one and tier-two suppliers could invest in flexible increments of capacity through partnerships with other suppliers, which would be a more prudent approach than ramping up capacity, leaving suppliers overexposed if demand falls.

“OEMs are reducing their supplier management costs by having less suppliers on the list and working more extensively with bodies like the International Aerospace Quality Group in communicating their requirements through the industry standards, such as AS9100,” Chana said. “Therefore, registration and maintenance audits to these industry standards assure OEMs that their current requirements are being met. These efforts have helped drive costs down and keep OEMs competitive in a highly price-sensitive market.”

Another trend Strategy& recognized is an incremental approach to innovation. Recent developments in aircraft R&D have been increasingly expensive, making it unclear if the companies will earn enough of a return on their investments. Airframers must approach innovation in a more disciplined and regimented way to determine which manufacturing improvements are worth pursuing.

Some of the other trends Strategy& highlighted were more predictable maintenance cycles, aftermarket shifts, and a need for a bifurcated market.

Demand in the aerospace industry has also grown for producers in China, Russia, and Mexico, which, interestingly, has experienced steady growth in the last 15 years.

According to Scott Stanley, senior vice president at North American Production Sharing, Inc. (NAPS), a full-service administration and compliance management firm, aerospace manufacturing has been booming in Mexico, providing an affordable and alternative location for aerospace manufacturing while retaining control of processes, quality, productivity, and intellectual property. Taking advantage of Mexico’s close proximity to Canada and the United States, and with the cost of manufacturing in China continuing to grow at an unsustainable rate, more U.S. companies are turning to Mexico as a reliable manufacturing location. Most recently, the aerospace industry has seen a large shift toward manufacturing in Mexico because of its wealth of engineering talent, improving infrastructure, and skilled, low-cost labor.

As of 2014, there were more than 21,000 people working within the aerospace manufacturing industry in Mexico, according to Stanley. And as the quality of labor continues to increase, Mexico is able to accommodate some of the most intricate products, such as jet engine sensors and carbon composite aircraft components.

“The trend of international manufacturing outsourcing has flourished to enable the production of sophisticated products through the hands of talented labor,” Stanley said.

This is good news for the worldwide aerospace manufacturing industry, and according to Chana, with passenger traffic increasing globally each year and governments maintaining or replacing aging military assets, the aerospace industry is expected to experience long-term growth over the next 20 years.

“As demand continues to increase, supply will have to keep up,” Chana said. “2016 will see aerospace manufacturing firms busy trying to meet increases in demand with tighter deadlines in efforts to keep up with assembly lines that are pushing out record numbers of aircraft almost every year.” 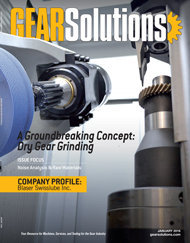