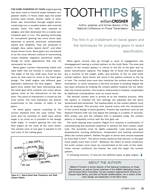 For some hundreds of years angled gearing has been used to transmit power between non-parallel shafts. In those olden days the power sources were human, animal, water, or wind. Power was transmitted through angled drives comprising iron or wooden bodies with inserted wooden teeth. The teeth were retained by wedges, and later developed into a crudely cast complete gear in iron. The gearing technology for non-parallel gearing has since those days advanced to provide previously unbelievable quality and reliability. They are produced in straight, face, spiral, hypoid, Zerol®, and other lesser-known forms. Bevel gears are considered to be the most efficient method of transmitting torque between angularly positioned shafts, though for some applications that may not necessarily be true.

Bevel gears connect intersecting shafts and have teeth that are formed in conical blanks. The angle of the two shaft axes must be the same as that used for some in the bevel gear design. The shaft angles and different gear diameters determine the face angles.   When gears drive shafts that have intersecting axes the bevel gear pitch surfaces are cones whose apexes meet at the intersection of the two axes. This point of intersection is known as the cone center. The cone diameters are directly proportional to the number of teeth in the gears.

All bevel gears require mounting at the correct distance from the cone center. They must also be mounted on shaft axes whose angle is as close as is possible to the design shaft angle. In modern gearing the root and face angles do not meet at the cone center. The outside cone of one gear is parallel to the root cone of the mating gear.

When gears revolve they go through a cycle of engagement and disengagement leaving a contact pattern on the tooth flank. The area and location of the contact pattern is critical to the life of the gear and its power transmission capacity. The fatigue life of bevel and hypoid gears are a function of the length, width, and position of the no load tooth contact pattern. Early failure will result if the pattern extends to the tip or heel. The contact area must also maximize the surface area within the boundaries. In some instances a two-fold increase in bending fatigue life has been achieved by locating the contact pattern towards the toe rather than the central position. The location relationship is however complicated by additional considerations such as sound levels.

The desired contact area is arrived at by the iterative process. After the pattern is checked the tool settings are adjusted and the parts remachined and rechecked. The loading effect on the contact pattern must also be analyzed. This process took several hours until the introduction of the current design of bevel grinders. Present day machines such as the Gleason Phoenix CNC can now adjust the settings in a matter of seconds.  With proper use and the software that is available today, the contact pattern is frequently correct with the first gear set. 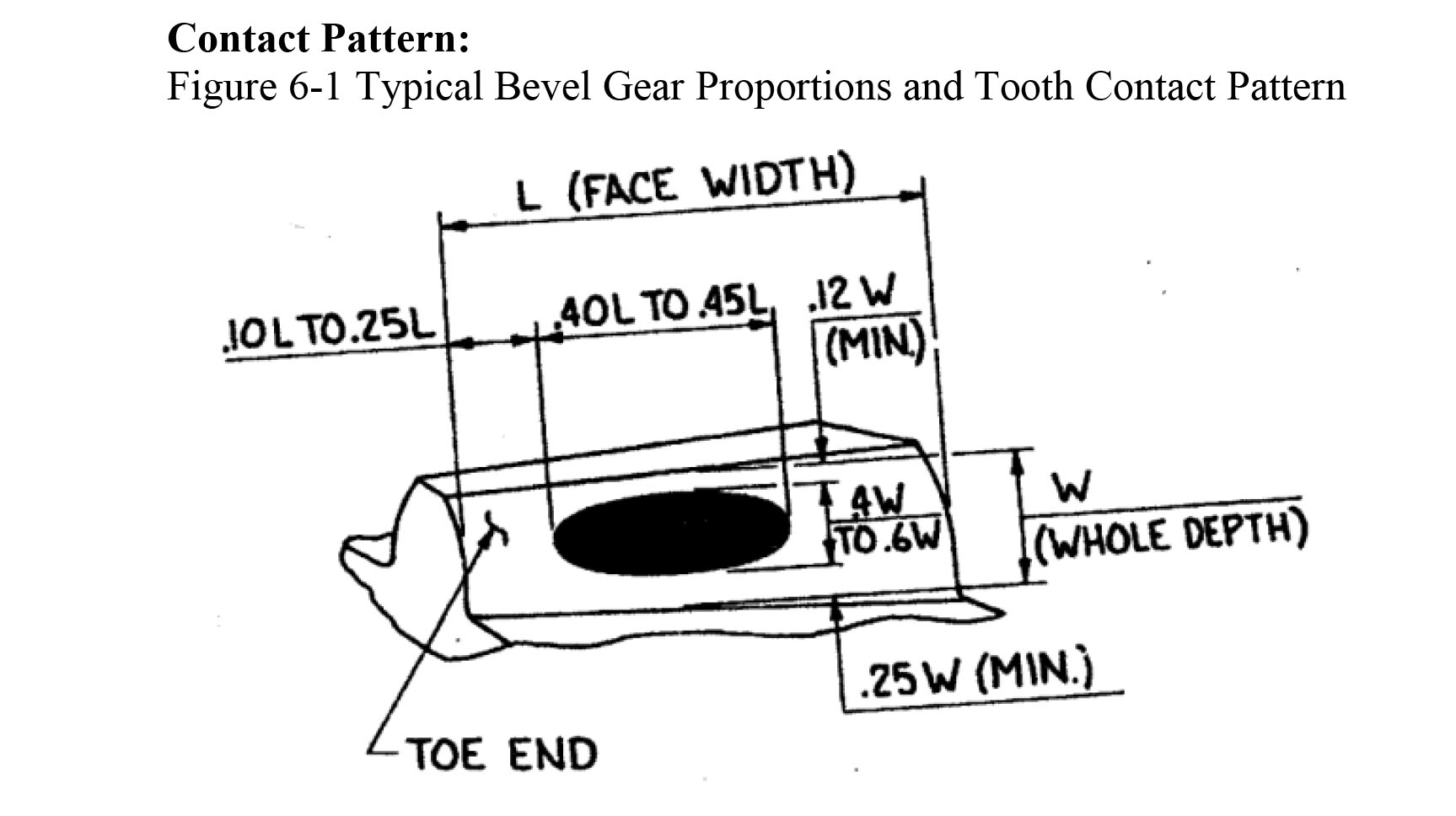 The tooth bearing area location (Figure 6-1) requires a combination of manufacturing and assembly expertise to achieve the best contact under load. The assembly must be rigidly supported. Load pressures, gear displacement, housing deflections, temperature and bearing movement affect the contact pattern. Neither the gear or pinion axes should separate by more than 0.003”. The pinion moves axially by that amount, or the gear move axially more than 0.010”. Whatever the effect of these conditions, the tooth contact must never be concentrated at the ends of the teeth. Under normal conditions the heavier the load the larger the contact pattern. 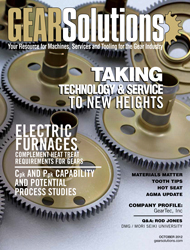