The motto for the Olympics is “Citius, Altius, Fortius,” which translates to “Faster, Higher, Stronger.” The phrase is also the mantra for most modern gear designs. Designers want a gear system that will operate at faster speeds and is strong enough to handle higher loads. These design demands will dictate the gear type that is suitable for the application.

Parallel shaft gear pairs operate in such a manner that the output shaft will rotate in the opposite direction of the input shaft. It is also possible for the input gear to be the larger or the smaller gear. If the output shaft is desired to operate in the same rotational direction as the input shaft, then a third gear needs to be introduced to the gear system. This third gear is called an idler gear. Its only purpose is to redirect the rotation direction of the output shaft. It has no impact on the speed ratio, thus any reasonable number of teeth can be selected for the idler gear. A limitation of parallel axes gear pairs is the design envelope. In order to generate a speed ratio of 1/10, the pitch diameter of the output gear must be 10 times the pitch diameter of the input gear. In order to minimize a condition known as undercut, the minimum number of teeth of the smaller gear should be 18. This results in the larger gear having 180 teeth in order to reach the 1/10 speed ratio. This requirement can easily become too large for the application.

Intersecting shaft gear pairs do not actually intersect. It is the projections of their shafts that intersect. Intersecting axes gear pairs also operate such that the output shaft will rotate in the opposite direction of the input shaft. Unlike parallel axes gear pairs, if the output shaft of an intersecting axes gears pair is desired to operate in the same rotational direction as the input shaft, a third gear cannot be introduced to the gear system. An intersecting gear pair is produced such that the input gear and output gear will operate only with each other, and at a preset intersecting angle. Because of this design, if you choose to add a third gear to the system, in order for it to mesh with the second gear, it must be identical to the input gear. Since the input gear and the output gear, in this situation, will have the same number of teeth, the result is a 1.0 speed ratio and no change in rotational direction. The only change will be the relative angle of the output shaft to the input shaft. This design is the basis of a differential. The limiting factor for the design of bevel gear pairs is the shape of the tooth on the pinion. As the number of teeth of the bevel gear increases, the tooth form of the pinion begins to thin. This thinning results in a weakened tooth form that is not capable of holding any load. Since torque and speed have an inverse proportional relationship, bevel gear pairs almost always use the pinion gear as the input.

For nonparallel and nonintersecting axes applications, the most common style of gearing is worm gear pairs. This pair of gears is comprised of the worm wheel and the worm. The worm wheel, which is often referred to as the worm gear, closely resembles a helical gear. The worm resembles a screw thread that matches the pitch, pressure angle, and helix angle of the worm wheel. The speed ratio of a worm gear pair is determined by the number of teeth on the worm wheel and the number of thread starts on the worm. For worms with a single thread, very high-speed ratios can be developed. If the worm wheel has 100 teeth and is cut to mate with a single threaded worm, the resulting speed ratio is 1/100. If the same 100-tooth worm wheel is cut to mate with a quadruple threaded worm, the resulting speed ratio is 4/100 or 1/25. This allows for multiple speed ratios within the same design envelope. A requirement for worm gear pairs to operate properly is for the input shaft to be set at 90 degrees to the output shaft. The worm is nearly always the input in this system, and the worm wheel acts as the output. 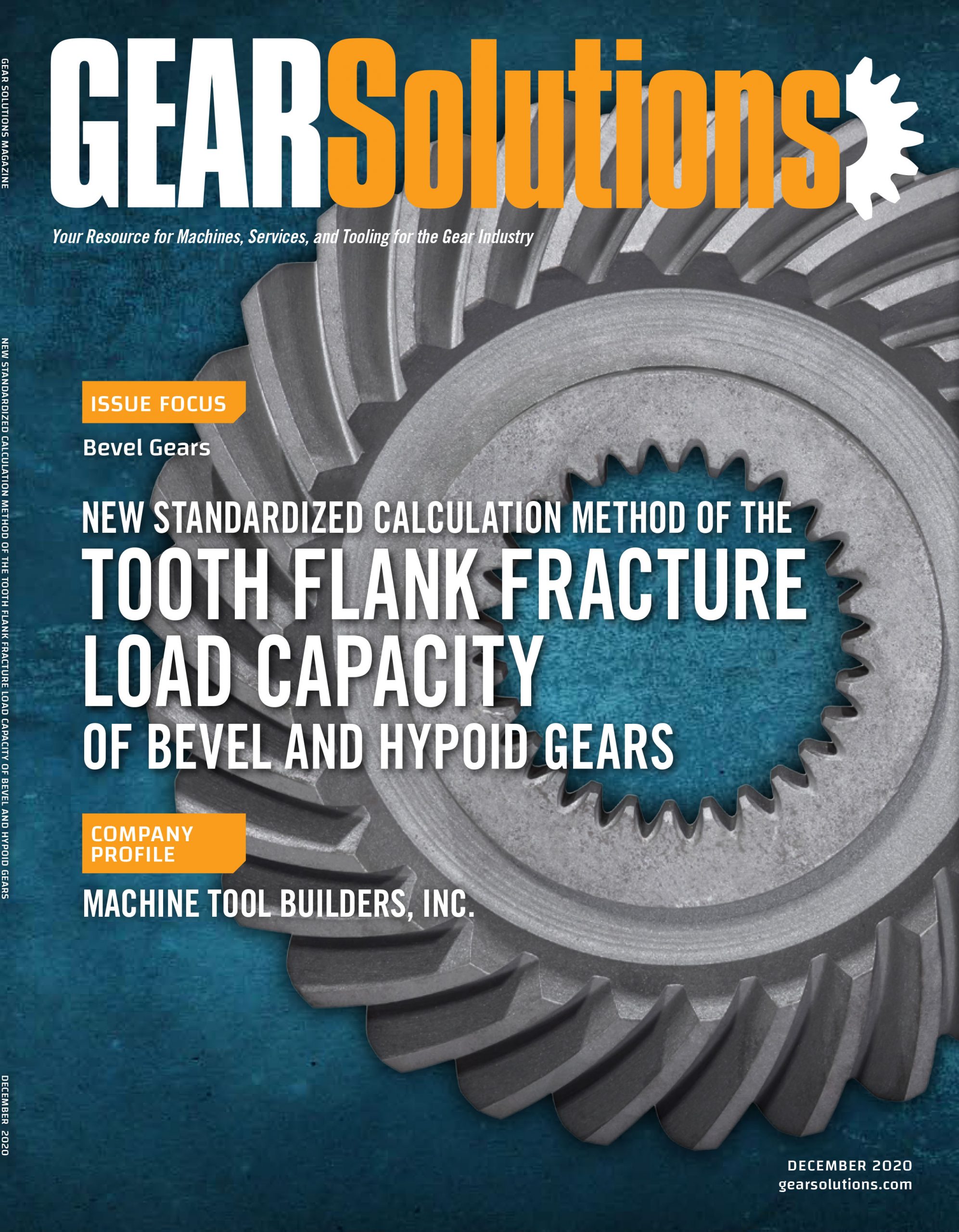