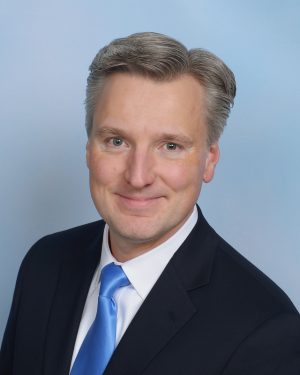 The 2017 AGMA Annual Meeting focused on the future of our businesses, industry, and the world we live in. It was filled with fantastic speakers on topics of generational demographics, disruptive trends, and a connected, rapidly changing world. One of the biggest benefits of attending the Annual Meeting is discussing the real-world challenges and applications of these presentations with industry peers. It is fascinating to hear how leaders, managers, and technical experts are dealing with change in their own organizations and how they view the future. My own analysis was strongly influenced not by the present, but by the past.

Recently, my 100-year-old grandmother passed away, and I was given a box full of my grandfather’s documents from a lifetime in gear manufacturing. In that box was a 1943 AGMA Annual Meeting program. My grandfather, Ben Bregi, was an engineer at National Broach and Machine Tool, and his notes are penciled in the margins. All events are listed in “Eastern War Time,” considering we were one-third of the way into World War II.

The first address of the afternoon was titled “Gears and the National War Effort” and was given by a group from the War Production Board. Can you imagine the state of manufacturing at the height of World War II? The innovation and emerging technologies being discussed at these meetings? The scale of gear production for airplanes, ships, submarines, trucks, tanks, instrument gears for Norden bombsights, and everything else? Judging from the presentation topics of 1943, the gear industry played an immense role in the war effort.

As I dug through that cardboard box, I could retrace the steps of my grandfather’s career and, in a way, the gear industry as a whole. After the war, he traveled extensively. Europe was rebuilding industry and infrastructure with the help of the Marshall Plan, and National Broach was selling a lot of gear shaving machines in Europe and the rest of the world as well. Back at home, he was accumulating dozens of patents in gear generation and finishing. Ben was active in AGMA standards development. He gave technical lectures in South America, and he even traveled to Russia during a brief thaw in the Cold War. In 1966, he was promoted to president of National Broach. He stayed active in the gear industry after retirement, most notably, with my father’s purchase of Doppler Gear Company in 1986.

So, what does this have to do with the 2017 AGMA Annual Meeting this past March? Primarily, the topic of change. I heard a lot of feedback on the “looking ahead” and “the coming age” presentations. A few people I talked to shared a sense of dread about the future. Understandably so, considering presenters were stating: “If you haven’t started now, you are already behind and always will be” and “you won’t be able to drive your own car (it will drive itself)” and “there will be no such thing as privacy as we know it.”

Perhaps it is human nature to see one’s current epoch and assume that it is the most volatile, most disruptive, and most fraught with peril. That’s not to say we don’t live in disruptive times, but to overestimate the downside and underestimate opportunity is a mistake. If you want to know about fundamental life-altering change, asking your 100-year-old grandparent would be a good place to start. In their lifetime, technology progressed from Ford Model T’s to regular flights of the space shuttle.

The value in looking back through my grandfather’s life is that I find my own uncertain future less worrisome. Those who have creativity and natural curiosity will not only find a way to live in the world of tomorrow, but they also will innovate and create it. AGMA is full of those people and participating with them is an excellent way to advance yourself and your organization. I’m sure my grandfather and his company felt the same way, and it justified their membership just as it does mine today. Those of us in the gear industry need a deep understanding of the horizontal integration (due to mergers and increased capabilities within existing gear companies) and the vertical integration (power transmission systems from beginning to end) as well as disruptive and emerging technologies. Those who stand still have shrinking opportunities, and those who are willing to invest and innovate have growth potential. AGMA is the primary source for information on the gear industry and is working to assist companies and people that innovate.

So, what insights can be drawn from our grandparents’ meeting in 1943 and our meeting this year? Innovate, educate, and embrace. We are making the future, and our grandchildren will be watching.

Learn key factors in the inspection process that lead to better design of gears. Develop a broad understanding of the methods used to manufacture and inspect gears. Discover how the resultant information can be applied and interpreted in the design process.

This course includes a tour of Riley Gear in St. Augustine, Florida. 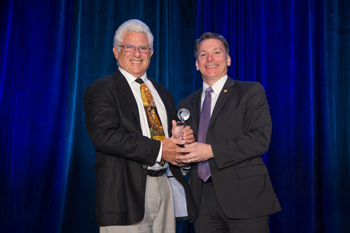 Michael Goldstein of Goldstein Gear Machinery and publisher and editor-in-chief of both Gear Technology magazine and Power Transmission Engineering magazine received the Distinguished Service Award from AGMA board president, Dean Burrows. Goldstein received this for his career contributions to the gear industry.

Joe Arvin, president of Arvin Global Solutions, received a Chairman’s award from AGMA board president, Dean Burrows. Arvin received the award for his contributions to the gear industry through his long career. 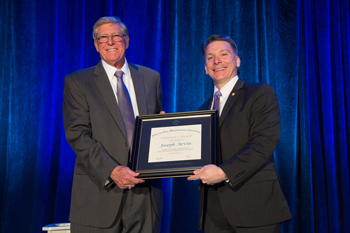 “Joe could be considered the father of the AGMA Gear Expo,” Burrows said as he presented the award. “Gear Expo held it first event in Chicago in 1987 with the help of Joe, and we all know what Expo has become since then.”

“Through the years, Buzz has contributed his own work and research to the gear manufacturing industry,” Burrows said. “He has authored technical papers, including a 2008 FTM paper on hob tool life technology, articles, and webinars on various gear-related subjects. He has also participated in many gear seminars for AGMA and SME, speaking on various gear-related topics.” 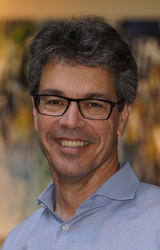 Michael Engesser began his professional career with Reishauer AG, Switzerland, in 1989 as an application engineer in thread grinding. He received his bachelor’s degree in mechanical engineering from ZHAW School of Engineering, Switzerland.

In 2011, he returned to Reishauer USA in his current role of president. 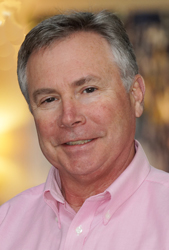 Mike McKernin has been involved in the gear industry for 32 years and has spent the last 28 at Circle Gear and Machine Company in Cicero, Illinois, where he serves as president. When McKernin started at Circle Gear, the company consisted of seven skilled machinists manufacturing custom gears from a tiny, overcrowded shop in Chicago. The company has since grown to more than 60 employees, producing high-quality gears of all configurations, in a 125,000-square-foot production facility.

Being directly involved in the accelerated growth of a small company, McKernin has had the opportunity to experience every aspect of the organization from executive strategic planning to machine tool operator and every position along the way. His greatest professional satisfaction comes from creating solutions to mechanical problems and developing relationships during the process.

McKernin holds a bachelor’s degree from Bradley University in manufacturing engineering technology. Born and raised in Chicago, he appreciates all of the available potential living and working in a great city. 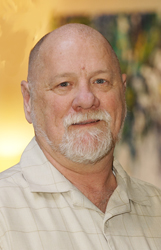 Cory Ooyen joined Global Gear in November 2006 and was hired to assume full P&L responsibility of the company and lead the company’s sales growth and diversification efforts.

Prior to joining Global Gear, Ooyen served as the manufacturing operations manager for a high-volume auto-related precision machining company that expanded from $20 million to $85 million in sales during his 18 years with the company. 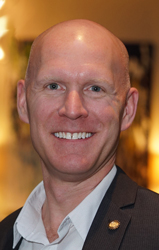 Greg Schulte is president of Bonfiglioli USA, a leading manufacturer and distributor of gearmotors, drive systems, and planetary gearboxes for industrial processes, automation, mobile machinery, and renewable energy applications. He joined Bonfiglioli in 2002 as sales manager of the Mobile Solutions division, North America, prior to becoming the vice president of sales. He surpassed the company’s aggressive growth strategy and sales grew by over 1,000 percent, giving the company a dominating presence in the U.S. and leading the way to further development and expansion.

In 2008, Schulte became president of Bonfiglioli USA. Under his leadership, the company has seen consistent year-over-year growth and has become the best-performing branch within Bonfiglioli Group worldwide. Both he and the company have been recognized for leadership and growth during his tenure, including Schulte’s nomination as Ernst & Young’s Entrepreneur of the Year (2009) and the company’s numerous awards and nominations for growth including Inc. 5000 (2014 nominee), Fast 55, Emerging 30, Tri-state Success Award, Thoroughbred Award, Manny Award, and Green Energy Award.

Schulte has been an active member of AGMA and has served on the AGMA Foundation Board of Trustees. He is an active volunteer with local nonprofit organizations as well.

Workforce issues are hurting all industries

Education at Your Fingertips!

Leaders should get away from the office

Coping with the tradeshow dilemma: Stuck between a rock and a hard place

A New Perspective on the Gear Industry