Hardness testing is arguably the most common quality control check performed throughout industry. It is often used to determine the success or failure of a particular heat treatment operation or to accept or reject material. Hardness testing is thought to be one of the easiest tests to perform on the shop floor (Figure 1) or in the metallurgical laboratory (Figure 2) but it can be one of the hardest tests to do properly.

Hardness is the measure of the resistance of a material to an applied force, and involves the use of an indenter of fixed geometry under static load. Hardness can also refer to stiffness or temper, or to resistance to scratching, abrasion, or cutting. It is the property of a metal, which gives it the ability to resist being permanently deformed (bent, broken, or have its shape changed), when a load is applied. The greater the hardness of the metal, the greater resistance it has to deformation. The ability of the material to resist plastic deformation depends on the microstructure of the material. Therefore, the same material can have different hardness values depending on its microstructure, which is influenced by the heat treatment process.

Although the test procedure is relatively straightforward, critical correction factors are sometimes overlooked and a surprising number of items can contribute to inconsistent and incorrect readings. These include:

1. Cleanliness of the part and tester. Remove and clean the indenter and anvil prior to operation and at shift change.  A small amount of debris can alter the reading by several points.

2. Curvature of the surface. A correction factor must be added to the hardness reading of small diameter shapes for Rockwell C, A and D and varies with the apparent hardness and part diameter.  The correction factor to be added is shown in Tables 4 and 5 of ASTM E18.

3. Non-flat surfaces. Extremely rough or textured surfaces may give inconsistent readings.  Remove any scale, debris, dirt and oil before testing.

4. Surfaces not perpendicular to the indenter. Surfaces should be flat within 2 degrees.  Be careful when taking readings on mounted samples, they must be flat, thick and not flex under load. A microhardness test may be more appropriate.

6. Readings taken too close together. Indentations should be three diameters apart.

7. Sample is too thin. The material should have a thickness at least ten times the depth of the indentation. Minimum acceptable thicknesses can be found in Tables 6 & 7 of ASTM E18.

8. Parts that are not supported. Large and irregularly shaped parts need to be supported.  Parts that move, even slightly during the test, produce a false reading.  Changing the anvil to one that keeps the part stationary using the variety that should be available with your tester.  Additional outside support (such as a Steady-Rest®) may also be required.

9. Diamond is damaged or ball is flattened. Periodically remove the indenter from the hardness tester and inspect the tip using a low power (10 – 50X) stereomicroscope or loop. Look for a chipped or cracked diamond or a flattened ball.

1. Component Size. The size and shape of a component can affect testing. A component may require the application of lower loads because samples are too small to withstand the typical testing load. A specimen may not be able to physically support the hardness test load without deflection; samples of this type may need to be fixtured or reinforced. Also, microhardness-testing machines can accommodate only samples within a certain size range. Samples may need to be sectioned if they are too large, or mounted and polished using standard metallographic techniques if they are too small.

2. Sample Orientation. The sample has to be flat so that the indenter is in contact with the surface evenly. Furthermore, the sample surface to be tested must be perpendicular to the indenter. Samples may need to be mounted and polished using standard metallographic techniques.

3. Sample Surface. The surface condition of the sample is also critical. The finish must allow the correct extent of indentation to be measured.

4. Vibration. Vibration of the testing machine can cause erroneous readings. For this reason, the tester should be isolated from vibration to the degree possible.

5. Multiphase Sample Materials. A microhardness test is often used to show hardness gradients within multiphase materials. For general microhardness testing, a homogeneous sample is optimal, but in the case of a multiphase alloy, it is often necessary to take multiple hardness measurements so as to obtain an adequate sampling of different phases (grains) within the alloy. The sampling scheme would be determined on the basis of statistical calculation and the model that is chosen.

The Importance of Sample Preparation

By way of example a controlled experiment was conducted in order to explore the way differences in sample preparation can affect microhardness values. Various sample preparation methods and the material surfaces resulting from them that have either been observed or could reasonably be anticipated were investigated to determine their influence on hardness testing.

All of the test samples came from the same sheet of stainless steel, an austenitic type chosen for the experiment because it is easily work-hardened and would represent a worst-case scenario. When a sample is ground, the metal is deformed near the surface so as to produce a work-hardening gradient from the surface toward the core of the metal.
Test samples were removed from a 1/8-in.-thick sheet of Type-304 stainless steel. The samples all were mounted in the same manner, perpendicularly to the thickness plane of the material.

The grinding and polishing regimes that were investigated are outlined in Table 1. The first three surface-treatment protocols were chosen because it was believed that they would vary enough from the standard ASTM method of preparing a sample to yield noticeable differences in hardness. Sample group 4 was prepared by a typical polishing method that is described in ASTM E3.

The final hardness data that were obtained from the testing appear in Table 2. The results underscore the contention that the type of material treatment used in sample preparation is critical in determining the true microhardness of test samples.

Samples in group one presented the appearance of a highly polished surface free of scratches. However, using only 600-grit sandpaper to remove the 80-grit (177-µm) sanding artifacts meant that minimal amounts of deformed metal were removed from the test piece. This sample group displayed artificially high hardness values—as much as 206% higher than values obtained using other polishing techniques. Low load levels exaggerated the high hardness values. Although the polishing method used for sample group 1 produces what seems to be a high-quality surface finish, it leaves a significant amount of deformed metal near the surface of the component, which results in erroneous and misleading hardness-testing results.

Sample group 2, by contrast, displayed only marginally higher hardness values than sample groups 3 and 4. Hardness readings for this group were relatively difficult to obtain owing to small scratches, and there was evidence that deformed metal was present at or near the surface. The samples yielded significantly higher hardness values when tested with the lighter load. This result indicates that deformed material was tested. It is noteworthy that, in tests using the higher load (500 g), the mean hardness value of sample group 2 was not statistically distinguishable from that of sample group 4, the fully polished sample.

The fully polished and properly prepared samples in group 4, prepared with all of the intermediate sanding and polishing steps typically used in industry, provided slightly higher hardness values at low loads. This sample preparation method gives the most accurate values, at both high and low hardness-testing loads, of any of the mechanical polishing techniques.

Results obtained with microhardness tests using high loads will tend to minimize the effects of differences in sample preparation methods. However, some parts cannot be tested at high loads because of constraints presented by the nature of the samples.

Hardness testing must not be taken for granted. Should you find yourself in a dispute regarding hardness and hardness testing methods, the first item to confirm is that the specified hardness is appropriate for that material. Next, investigate how the hardness was measured and was it an appropriate method for that sample. While, there can be shades of gray and varying levels of uncertainty between hardness testing machines or laboratories, expect some level of consensus if the methods are correct.

Everyone involved with hardness testing should have and be familiar with the appropriate ASTM specifications including E3, E10, E18, E103, E140 and E384 and others as necessary. These specifications address proper sample preparations, selection of loads and penetrators, sample geometry, minimum sample thickness considerations, roundness corrections, spacing and edge considerations and conversions between scales. 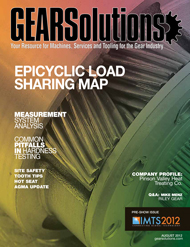