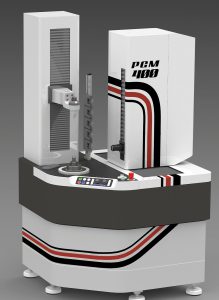 “The partnership with Kapp Technologies expands opportunities for us and provides resources to accelerate our new developments,” Nicholson said. “We are excited to introduce the PGM400 at IMTS 2016. It is the larger and faster brother to the smaller ND products.”

Penta Gear Metrology also offers a retrofit or “Repower” of certain used gear analyzers. The PGM motion system and software is adapted to provide a cost-effective solution for gear manufacturers.

"This was a natural progression for us,” said Bill Miller, vice president of sales at Kapp Technologies. “With Penta Gear Metrology, we now serve our entire market with analytical gear inspection systems. Penta Gear is a perfect fit with the larger systems of R&P Metrology systems.”

For the complete line of machines offered by Penta Gear Metrology LLC, go to www.pentagear.com or call Marvin Nicholson at 937-660-8182.