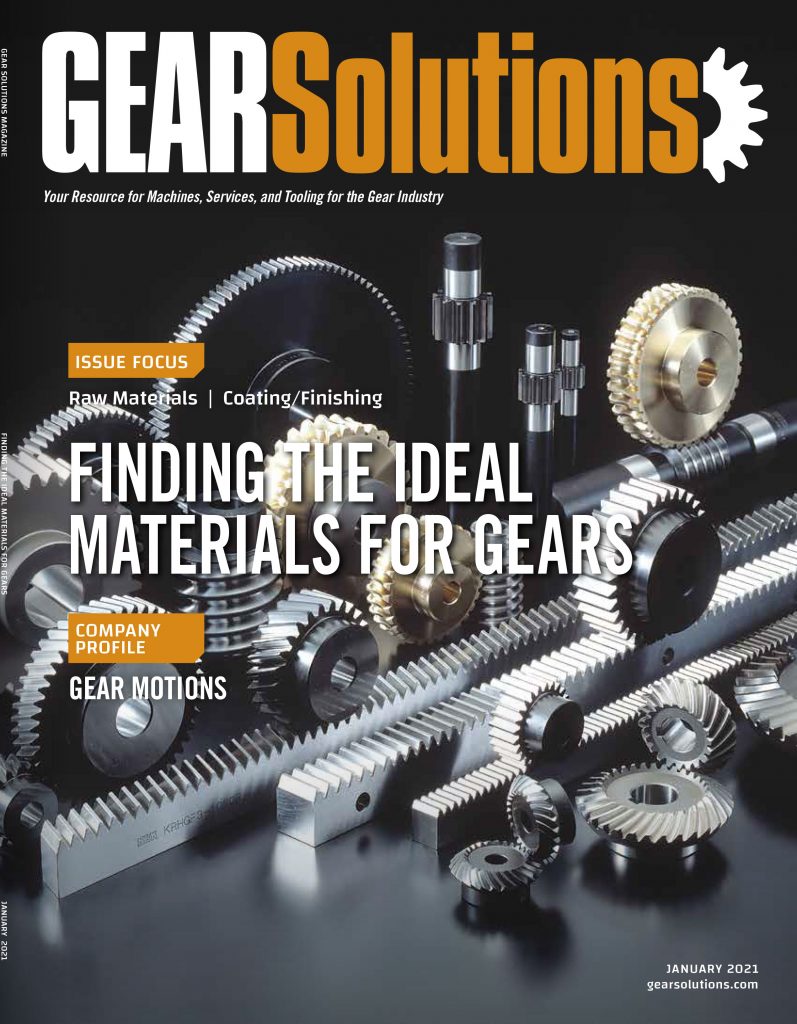 Even with a history that stretches across more than a century, it’s been an important part of the success of Gear Motions to continue to keep a solid eye on the future. “Our evolution has been dramatic at times and incremental at other times,” said Dean Burrows, president and CEO of Gear Motions. “We were […]
Kenneth Carter

When designing and manufacturing gears, the materials used will depend on what type of gear is being made and how and where it will be used.

When designing an individual gear or a gear train, the choice of material will either be the primary factor on which the gear geometry is based or the gear performance will dictate the proper material selection. There are various raw materials that are commonly used in gear construction, and each one has a sweet spot […]
Brian Dengel

The nonlinear dynamic characteristic of a DLC-coated gear transmission system is analyzed by using a numerical integration approach, and the effect of the coating elastic modulus on the dynamic response is investigated.

Coatings can significantly improve the load-carrying performance of a gear surface, but how they affect the vibration characteristic of the system is an urgent issue to be solved. Considering the nonlinear factors such as the variable mesh stiffness, friction, backlash, and transmission error, a six-degree-of-freedom spur gear transmission system with coatings is presented. Meanwhile, the […]
Yangyi Xiao, Liyang Fu, Jing Luo, Wankai Shi, Minglin Kang

In the modern world, there is no limit to the varieties of vehicles available in the market. From variations in engine types such as gas and electric to diverse drivetrains such as four-wheel or front-wheel drives, the options for automobiles are nearly endless, designed to fulfill ever-evolving consumer needs. Despite the diversity in terms of […]
Saloni Walimbe