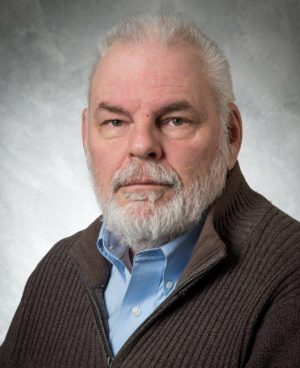 In this installment we will focus on base oils. Engineered quench oil is governed by the desired quenching performance; the necessary thermal and oxidative stability, and finally price or market considerations. Quenching performance is generally considered to be the heat transfer characteristics and the thermal stability of the oil. This includes having an acceptable flash temperature that is approximately 50°C above the expected use temperature; low sludge forming tendency; long life; and the necessary quenching speed.

The best quench oils have the following characteristics:

The base stocks of oils used in the formulation of quench oils are complex. They contain various ratios of paraffinic and naphthenic constituents, as well as numerous open chain and cyclic derivatives such as sulfur, oxygen, and nitrogen heterocycles. The specific composition of the base oil depends on the source of the crude oil. The various ratios of the constituents are a “fingerprint” of the oil, enabling identification of the source of the crude oil (oil field).

From a supplier’s perspective, this means different additive packages or different ratios of anti-oxidants and speed improvers may be necessary to provide an oil that behaves identically across the world.

Paraffinic oils are oils that consist predominately of long chains of hydrocarbons, called alkanes. Because of these long chains, when compared to naphthenic oils, paraffinic oils are widely used for lubrication base stocks. They are also the preferred base stock for oil-based quenchants. Comparing identical viscosities of naphthenic and paraffinic oils, paraffinic oils have higher flash temperatures, superior cooling curves, and better oxidation and thermal stability. This means that they tend to stain less and last longer. A comparison of the structures of paraffin and naphthenes are shown in Figure 2.

There are many methods to produce the oil base stock. Some of the most common methods for commercially available quench oils are:

Double hydro-treated mineral oils are those that are treated with hydrogen to remove carbon-carbon double bonds. These double bonds can occur in aromatics and in impure paraffinic oil. Because these double bonds are removed, they have greater thermal and oxidative stability. They have a higher flash temperature, compared to other grades, and have a marginal improvement in the cooling curve for the same viscosity. These oils are generally clear to a very light amber. However, the color is not indicative of staining tendency — that is the function of the additive package. The primary disadvantage of double hydro-treated oils is availability and cost.

The refined paraffinic oils are the most commonly used base oil in quenchants. Besides the advantages cited earlier, they also have a wide range of viscosities available (70-2500SUS). They are hydrophobic, which means they displace water. This means better washing for the heat treater, and better splitting for improved reclamation.

Refined naphthenic base oils are readily available in a wide range of viscosities. Their primary advantage is cost. However, the reduced thermal stability, lower flash temperatures and quicker thermal degradation tend to offset the advantages of cost. These oils are hydrophilic, which means that they tend to form emulsions. This means that the oils do not split well in the washer, making recovery difficult. These oils also have a tendency to absorb water. It is also difficult to drive water from these grades.

Re-refined paraffinic base oils are oils recovered and passed through a cracker and distillation column. Specific viscosities with a very narrow range are obtained from defined heights of the distillation column. These oils have all the advantages of paraffinic base oils, with an additional advantage of reduced light and heavy ends. This contributes to very stable and predictable response. The available viscosities are limited, and there are limited suppliers. Increased local recycling reduces the supply and availability of feed stock. Since demand is high, presently re-refined base oils are generally more expensive than virgin oils.

Some very low cost quench oils use reclaimed oils. Reclaimed oils are oils that are recovered from many sources, including coolants, motor oils, and greases. They are filtered and blended to give a specific viscosity. They may have an additive package thrown in to increase life. The primary advantage is that they are cheap. Because the source of the oil is unknown, the presence of heavy metals and other products can be a disposal nightmare. It is not unknown that transformer oils contaminated with PCB (polychlorinated biphenyls) have been used. This poses a risk to the operator, but it’s also a very expensive clean-up and disposal. Typically, viscosity is the only requirement, and multiple grades of motor oil greases, etc. are used to satisfy the viscosity requirement. These oils tend to have a poor life because the precursors to oxidation are already present as free radicals. Overall the process cost is increased when these oils are used. More thorough cleaning is required, with increased staining. Because a greater percentage of heavy stock is used, these oils tend to have higher drag-out and reduced life.

In this column the different types of quench oil were described, and the constituents in commercially available quench oil examined.

About the author: D. Scott MacKenzie, Ph.D., FAS, is senior research scientist-metallurgy at Houghton International Inc. He is also President of the International Federation of Heat Treatment and Surface Engineering (IFHTSE). Go online to www.houghtonintl.com. 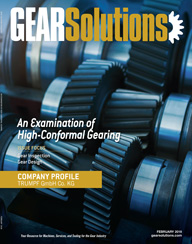