QuesTek Innovations LLC has successfully designed and developed four new steels that can be used in gearing applications, two of which have been implemented in demanding gear and bearing applications in ground and aerospace military, commercial aerospace, high-performance racing, oil and gas, and other industries

QuesTek has computationally designed and developed many new ultra-high-performance alloys, coatings, and materials including iron-, copper-, aluminum-, nickel-, molybdenum-, and titanium-based materials and numerous others. As a global leader in the field of ICME, QuesTek has proven that these materials can be developed much faster and at lower cost, while also providing unique, optimized properties that directly meet user-defined material performance goals for demanding applications in aerospace, oil and gas, high performance racing and other industries.

Ferrium C61 and C64 carburizable gear steels have been approved for use in a variety of demanding applications in next generation helicopters as upgrades from incumbent aerospace gearing and shaft steels that have been used for decades, being applied to demanding flight critical applications including transmission gear boxes and rotor shafts.  Further, these steels are being applied to gearing components in high-performance racing, wind energy and oil and gas sectors.

Furthermore, numerous heat-treaters have developed heat treatment cycles that can achieve a wide range of case depth profiles. This ability to “dial in” the depth and profile of case carburization leads to improved manufacturing flexibility and control. Ferrium C61 and C64 steels’ processing is covered under SAE AMS 2759/7, and QuesTek is currently developing shot peening parameters and optimizing superfinishing processes for both steels.

Benefits of using the Ferrium gear steels vs. incumbent gear alloys such as Pyrowear 53, 9310 or EN36 — for power transmission applications can include:

Integral driveshafts (e.g., with integral gears) using C61 and C64 can handle approximately 20-25% higher loads than comparable driveshafts using traditional materials, or be reduced in size and weight by comparable amounts. C61’s core UTS of 240 ksi is a ~39% increase versus 9310, for example. C64’s surface hardness of 62-64 HRC cannot be achieved in conventional gear steels such as 9310 without sacrificing their fatigue-resistant microstructures.

The  900-925ºF tempering temperatures of C61 and C64 steels are 400-600ºF higher  than  most incumbent alloys, yielding superior thermal stability. The combination of high fatigue strength, thermal stability, and high temperature strength translates to excellent potential scuffing and/or scoring fatigue resistance for both steels. These attributes are expected to benefit gear steel oil-out performance, leading to an increase in time to reach acceptable landing sites in emergency situations, for example.

Gears and gearboxes using C61 and C64 steels can handle higher impact loads and internal stresses than comparable designs using traditional materials. In some cases, gears and gearboxes can be reduced in size and weight due in part to C61 and C64 steels’ very high fracture toughness and bending fatigue resistances. The combination of excellent gear fatigue properties and high surface hardness in C64 makes it an option for improving durability (and reducing weight) in rotorcraft component designs that incorporate toothed-gears with integral bearing races (e.g., planetary gears in epicyclical rotorcraft transmission designs).

There is currently a need for improved materials in rotorcraft platforms to allow for increased power transmission or weight reduction.  Upgrades to engines on platforms such as the AH-64 Block III have been implemented in recent years, and in order to utilize the full power available by the engine upgrade, transmission and gearing components must also be upgraded.  In some instances, full power may not be achieved due to limitations of current shafting materials and the allowable design envelope, which is of particular concern when considering rotor shafts. Incumbent materials such as 4340, AISI 9310 and Pyrowear Alloy 53 steels have not been able to keep pace with the need for increased pay loads.

QuesTek is evaluating Ferrium C61 steel under a U.S. Army-funded SBIR program as a potential replacement for 9310 in the CH-47 Chinook helicopter forward rotor shaft.  C61 steel typically provides a 35% increase in ultimate tensile strength and a 50% increase in fracture toughness over 9310 steel, and is initially expected to provide a 20% increase in CH-47 payload capacity, excluding any redesign or light-weighting efforts. See Figure 4 for images from C61 prototype CH-47 shaft production. Three prototype rotor shafts were completed in 2013 with full-scale rig testing and component-level qualification to take place in 2014-2015.

In 2011, QuesTek announced a subcontract award from Bell Helicopter, a Textron Company, to jointly evaluate the application of Ferrium C64 steel for helicopter gears, as part of the $30 million Technology Investment Agreement awarded to Bell by the U.S.  Army Aviation Applied Technology Directorate to develop state-of-the-art drive system technology under the Army’s Future Advanced Rotorcraft Drive System (FARDS) program.1 QuesTek has been working closely with Bell to further develop the thermal processing and finishing processes of C64 steel to optimize the combination of strength and hardness in the gear case and core, aiming to achieve the targeted 55% improvement in power-to-weight ratio, 35% reduction in production, operating, and support costs, and other improvements in drive systems for the U.S. Army’s current/future fleet of rotorcraft and for commercial rotorcraft.

Successful applications of C61 and C64 steels include off-road racing and NASCAR gearbox applications (see Figure 5). These steels’ performance is race-proven, with more than 100 ring-and-pinion sets made of C61 steel used in highly demanding SCORE International® off-road races such as the BAJA 1000. This application of C61 steel has shown a 3-4 times improvement in gear set durability versus the incumbent 9310 steel.

C61 and C64 steel application has penetrated the oil and gas industry with multiple private industry- funded material development projects. C61 steel is being considered as an upgrade from incumbent oil and gas steels such as 9310, EN36A, EN36B and EN36C, by offering much greater strength and toughness. C64 steel provides a much greater surface hardness, with greater temperature and corrosion resistance versus traditional carburizing steels. These steels are being applied to down hole transmission components, gears, pinions and components where durability, compactness, weight savings, or high temperature resistance is valued.

Ferrium S53 alloy (AMS 5922, MMPDS-05) is an ultra-high strength, corrosion-resistant secondary- hardening steel strengthened by an efficient M2C carbide precipitation within a fine ductile lath martensite matrix. Designed with sufficient chromium to provide passivation against general corrosion, S53 alloy has much greater corrosion resistance than 4340 and 300M, and has significantly improved corrosion fatigue performance (see Table 2 for typical property comparisons). QuesTek designed S53 alloy for the U.S Strategic Environmental Research and Development Program in order to eliminate the need for toxic cadmium plating on corrosion-prone Air Force 300M landing gear. Due to the limited corrosion resistance and corrosion fatigue life of 300M steel, coatings for corrosion protection are utilized which can become compromised in service or during installation, causing onset of corrosion and resulting in a reduced service life and greater risk of failure.

Ferrium M54is being used in some high performance racing input and output transmissions shafts as a stress and toughness upgrade from 300M. IT is also being considered by the helicopter industry for rotor shafts as an upgrade over 4340 and 300M.

Apart from the most commercially-advanced Ferrium steels, QuesTek also works across the periodic table on alloys based on aluminum, titanium, nickel, molybdenum, tungsten, niobium, copper, cobalt and other elements. All of these new ICME-designed alloys have improved properties and performance over legacy materials that have been used for decades, and are being applied in some of the most demanding applications in aerospace, oil and gas, energy, racing, medical and other industries. Table 3

Ferrium N63 steel, developed under a Navy-funded SBIR Phase I program, is a fully-stainless nitridable bearing steel designed as an alternative to Pyrowear 675 to reduce corrosion and enhance bearing performance. Currently in the Phase II program, N63 steel has demonstrated stainless steel behavior with an excellent combination of core and case properties, high core strength and ductility, and surface hardness exceeding 60 HRC with an approximate case depth of 0.04” free of primary carbides or nitrides. Gear and bearing applications in oil and gas, marine, aerospace and other sectors where a high strength stainless steel with ability surface harden should be considered.

QuesTek has been involved extensively in multiple alloy and process design and development projects for specific additive manufacturing (AM) applications.  AM is a novel process of fabricating components in a layer-by-layer method under the control of computer-aided design information, rather than by the traditional use of casting molds and forming dies.  However, adaptation of traditional wrought/cast alloys to AM processing presents limitations, and unlike traditional alloys designed for forging or casting processes, there have been no alloys designed specifically for AM processes that account for the unique processing path. Currently, QuesTek has a subcontract under Honeywell DARPA “Open Manufacturing” project concerning adaptation of nickel superalloys to AM processes. Figure 8

QuesTek Innovations LLC has applied its Materials by Design computational technology to design, develop and implement two new high-performance gear steels (Ferrium C61 and Ferrium C64) and two new high-performance structural steels (Ferrium S53 and Ferrium M54) that are now commercially available and can significantly reduce rotorcraft weight and manufacturing costs, while increasing operational robustness (including gear steel oil-out/high temperature survivability). QuesTek applied its ICME-based design to the development of additional alloys that are of interest to the gearing community. 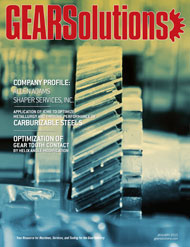